THIS WEEK: Sen. Duckworth says lawmakers must take the role of juror seriously

As the House moves closer to ending its impeachment hearings, the Senate prepares for a possible trial. 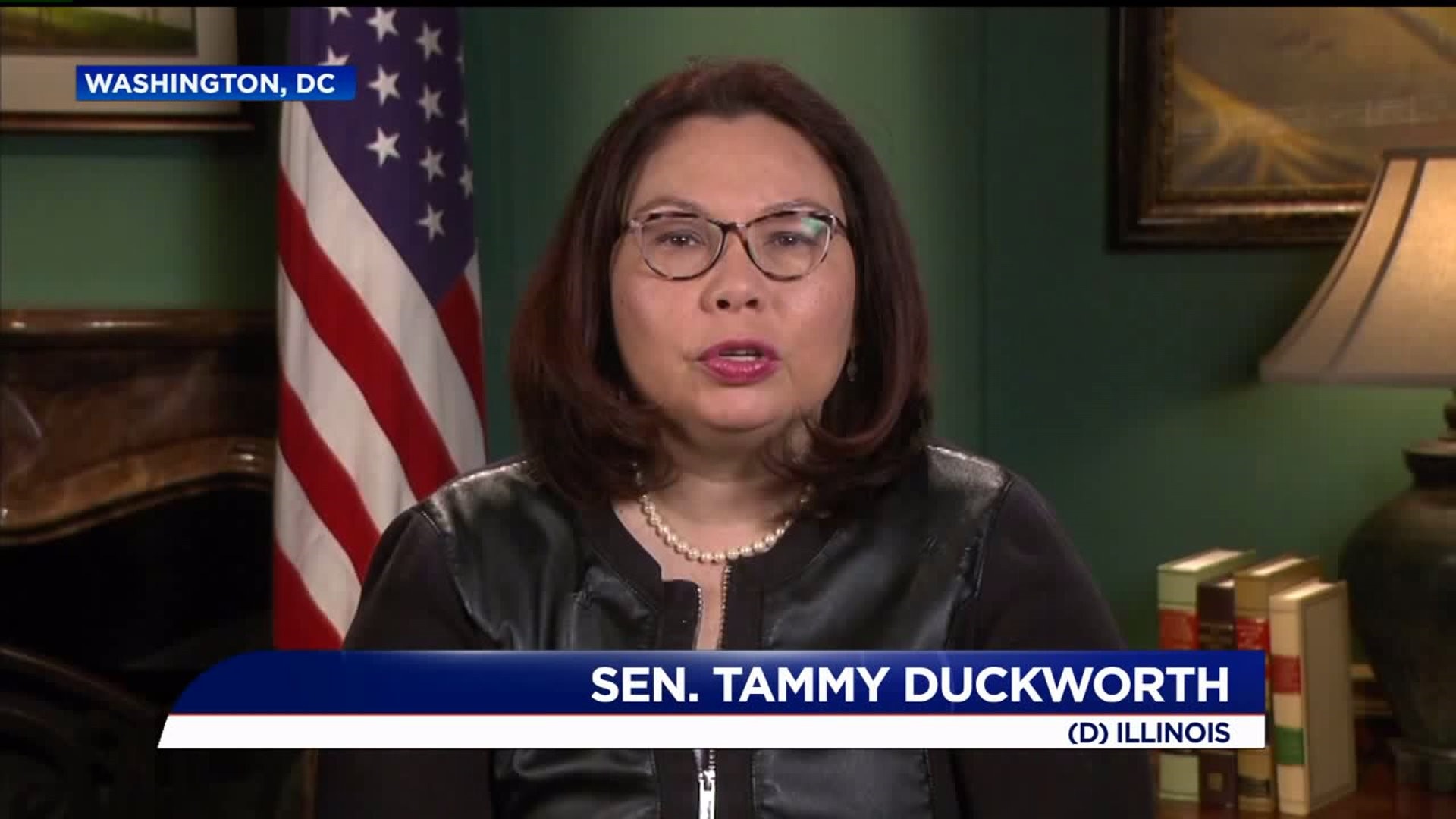 WASHINGTON, DC – It has played out on national television.

"The answer is yes."

But as we watched the back and forth political battle, another audience, Senators on Capitol Hill, is not supposed to have formed an opinion.

"As a member of the United States Senate, if the impeachment goes forward, I will sit on the jury for the ultimate decision on President Donald Trump," said Illinois Democratic U.S. Sen. Richard Durbin on a Facebook message he posted on October 7.

In other words, the House acts as the prosecutor and investigator; the U.S. Senate holds the trial and is the jury.

"So I think Senators have a responsibility to wait until they hear the evidence and then make a decision after taking everything into consideration," Iowa Republican U.S. Sen. Charles Grassley told us on September 27.

THIS WEEK: Sen. Duckworth says lawmakers must take the role of juror seriously

"That's what jurors do."

"My job as a juror will be whether or not a crime was committed and whether or not we need to move forward which is why I think we need transparency," said Sen. Duckworth.

"This is about our Nation and our role in the world and the vibrancy of the Democracy that our Founding Fathers created," she added.

U.S. Sen. Tammy Duckworth also talked about efforts to rollback provisions of the Clean Water Act during a "NEWS 8 THIS WEEK EXTRA you can watch on Facebook at WQAD Jim Mertens.

It's still uncertain if Senators will hear an impeachment case.

But Senate Majority Leader Mitch McConnell is said to be preparing Republicans for a trial.

"I will repeat what I've said in the past, it's inconceivable to me that we'd reach the 67 votes to remove the president from office."

But lawmakers can do other things such as pass legislation regarding witness tampering, the release of Presidential or presidential candidate finances, or the level of protections for whistleblowers.