THIS WEEK: What's up with that bridge?

At $1.2 billion, it's the biggest construction project in Quad City history. 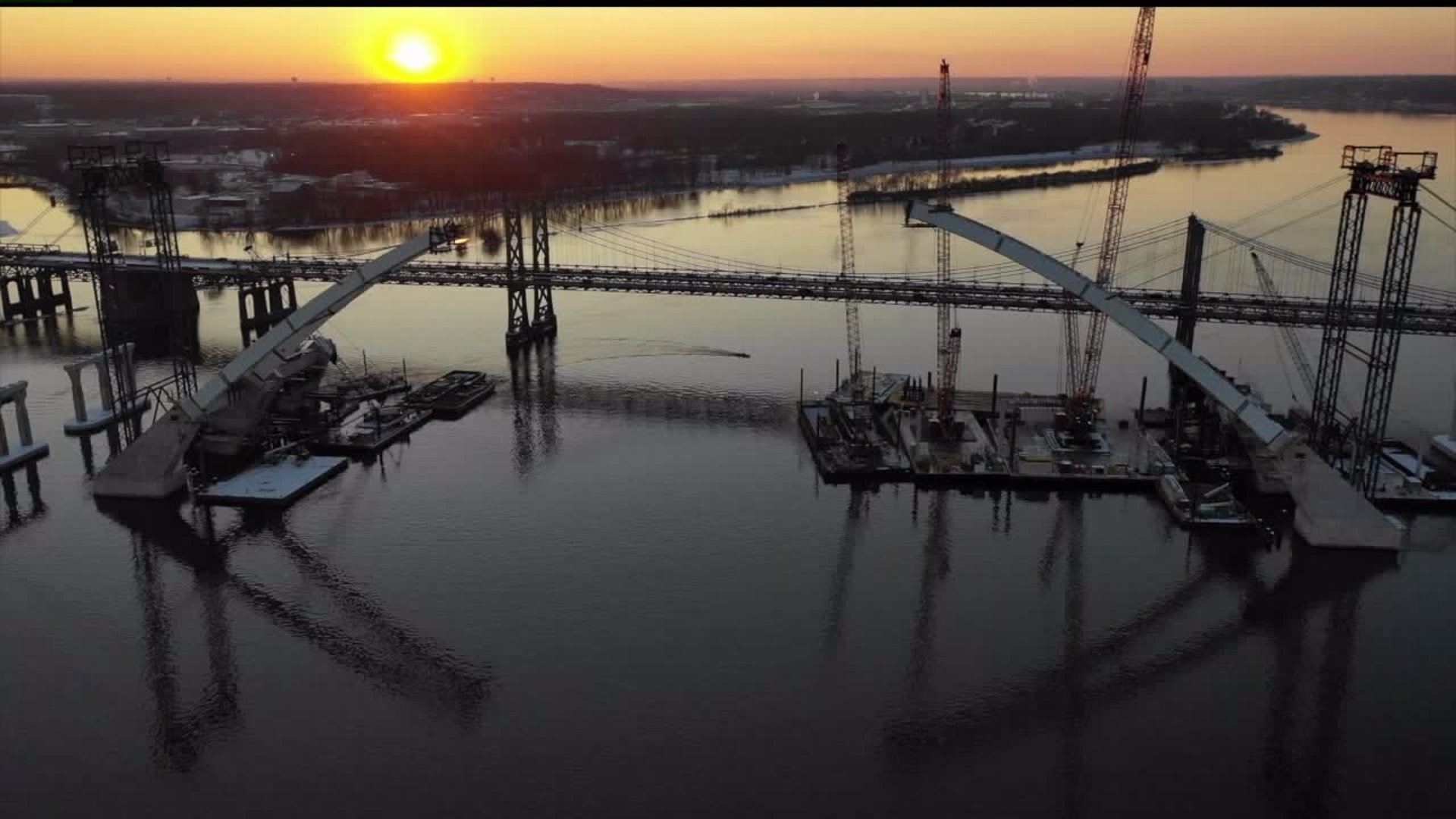 MOLINE, Ill. — For years it was a design without funding.

That changed seven and a half years ago as a federal transportation bill provided cash to replace this: the Iowa-Illinois Memorial Bridge better known as the I-74 bridge.

Paul Rumler of the Quad Cities Chamber was part of the process in 2012.

"When (former Transportation) Secretary Ray LaHood was here just about a month ago he was talking about how that I-74 bridge was one of the worst bridges he's ever seen. That speaks volumes."

And now, transportation designers hope a new I-74 bridge, complete with approaches, could be completed in 2023, 11-years since that funding vote.

But first, years of construction must be completed.

"On a major project like this you're always going to run into issues," said George Ryan, project manager of the Interstate 74 corridor.

"The question is can you get around those issues and how do you do that."

WATCH MORE ON GEORGE RYAN'S INTERVIEW IN OUR "NEWS 8 THIS WEEK EXTRA" ON FACEBOOK.

The biggest issues mounted over the past 12 months.

Troubles building the signature arches and a contractor who thought the job was too big to handle.

Right now it's about six months past its schedule with work on the Iowa-bound lanes expected to be ready this Spring, rather than the original estimate of last Thanksgiving.

"We have ten pieces remaining to put on the arch and as we go up the pieces are shorter," said Ryan.

But it will still take time.

"The progression of the arch will be as it has been, at about at the same pace," added Ryan.

"It's fairly complicated and we have to survey each piece and ultimately we're working to ensure the quality and when we get up to set the center piece we're within the tolerance envelope."

It's delayed a Quad City milestone and, at $1.2 billion, the biggest construction project in Quad City history.

It also means detours will stretch further into the new year.