THIS WEEK: The first vaccines are given, now what?

Are the first Quad City recipients of the Pfizer vaccine still being monitored after the shot? 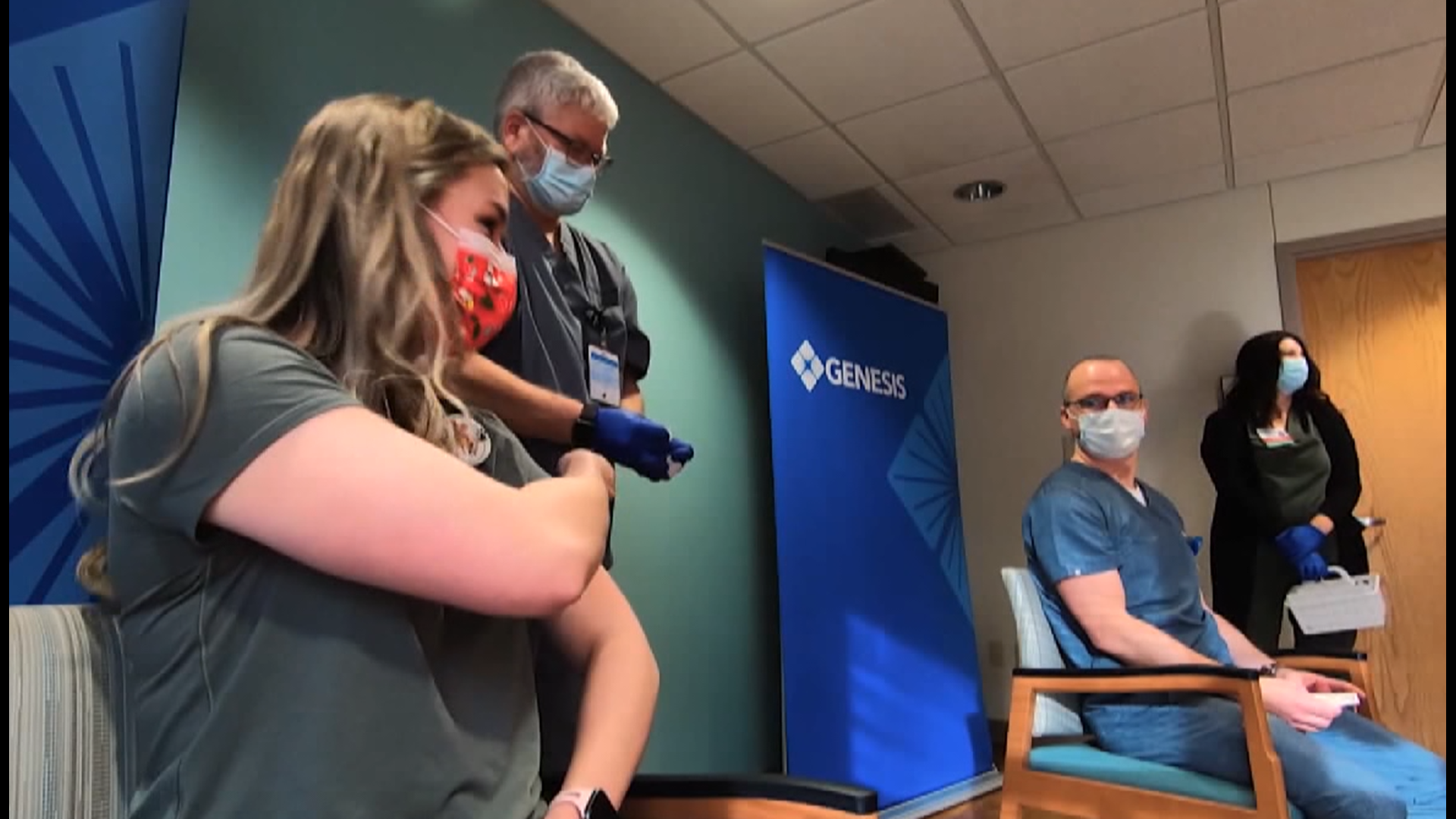 The first of the shots came to Davenport.

Then Peoria, Galesburg, and Rock Island.

Front line health workers stood up to be injected.

Medical professionals at area hospitals were the first to get a shot in the arm from the Pfizer COVID-19 vaccine.

"My hope is that I can share that with my grandchildren and say 'Hey, I lived through the COVID pandemic, and I got that ice-cold vaccine and I didn't turn into a zombie"," said family practice physician Dr. Michael Persson, who became the first Quad City person to publicly receive the shot.

But what has happened since?

Those drug makers, Pfizer and Moderna, went through tests on the vaccine before getting approval through the Food and Drug Administration.

Even so, these first tens of thousands of injections are still a test of the impact the vaccine will have on our health.

"But certainly we don't anticipate any serious safety issues at this point."

Those who received the vaccines were immediately asked to wait 15 minutes as doctors and nurses evaluated any reaction they might see from the shot.

And that monitoring continues.

There have been some reports of adverse reactions and a fainting spell.

But nothing serious has been reported in the Quad City area.

In a way, the very first recipients of the vaccine are a continuation of the teat of its effectiveness as well as its effects.

"We have to prioritize our vaccinations based on availability of the vaccine and then we've got to work from health care workers and nursing home residential workers," said Dr. Andersen.

"It will take some time," said Illinois Gov. J.B. Pritzker as the first shots were being administered.