You can donate to salvation army kettles until Christmas Eve. 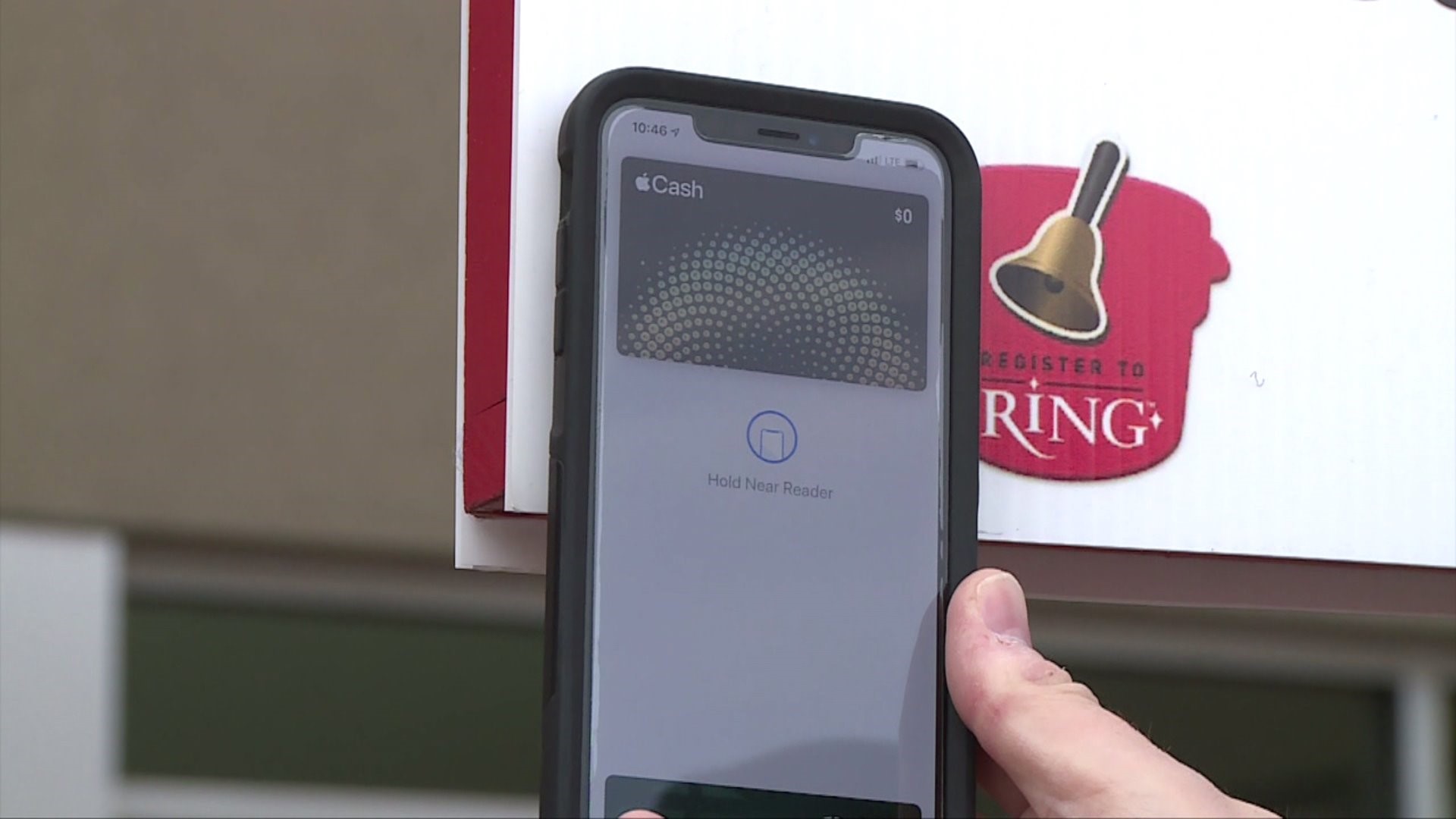 Being strapped for cash is no longer an excuse, because there is now an electronic way to donate.

"It automatically comes out with 5,10 and 25 dollars," Tim North with The Salvation Army said. "It also gives you a specific amount if you want to give something different."

The holiday campaign brings in more than 50 percent of The Salvation Army's funds for the year. The goal is to raise $825,000.

"Our kettles do okay," North said. "Last year, we were down overall.  People don`t carry cash anymore. We are all becoming a society of credit cards."

"Now that they`ve launched this tap to pay option, that is no longer an excuse and it's even easier to donate," Bell Ringer and News 8 Meteorologist Andrew Stuzke said. "That was the number one reason I heard last year, people saying they don`t have any change or cash to put in."

"We are hoping that this year will get better because of electronic payment," North said.

The same familiar bell, but with a new way to donate.

You can donate to salvation army kettles until Christmas Eve.