Teen won $25,000 for inventing a solution to eliminate blind spots in cars

The teen is now a high school freshman, but submitted the project when she was in eighth grade. She hopes to make her prototype more unique, patent the design, ... 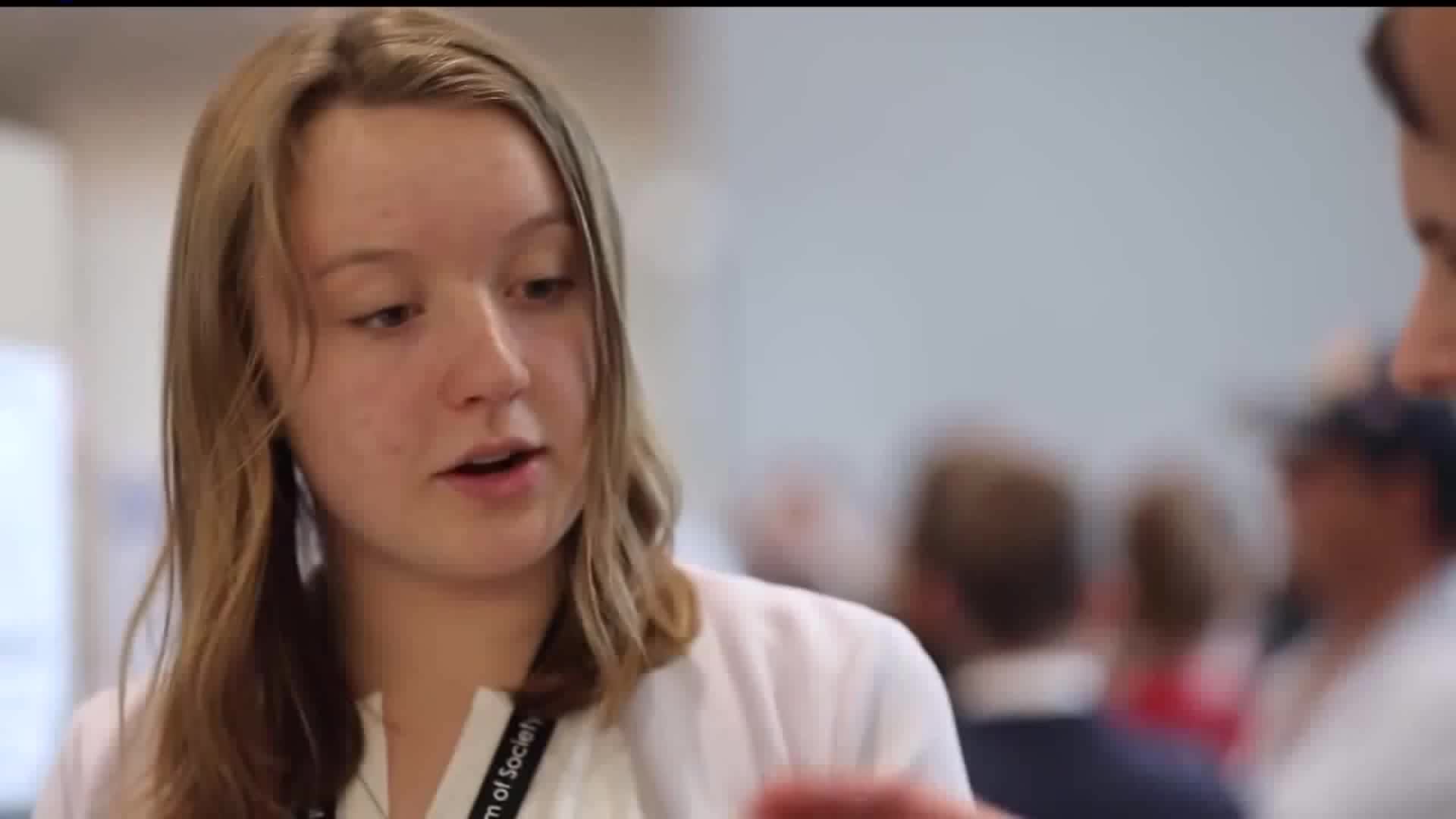 (CNN) -- A 14-year-old from West Grove, Pennsylvania, won a $25,000 prize for creating a prototype designed to eliminate a car's blind spots.

Alaina Gassler told CNN she first noticed the problem when she realized her mom didn't like driving their family's Jeep Grand Cherokee because its A-pillars caused blind spots.

The A-pillar design in a car supports the windshield and provides protection in case of a crash. However, their size and angle also create blind spots, the area of the road not visible to drivers from their usual sitting position or rear-view and side mirrors.

"There are so many car accidents and injuries and deaths that could've been prevented from a pillar not being there," Gassler said in her Society for Science video. "And since we can't take it off cars, I decided to get rid of it without getting rid of it."

"I found out that there are more than 840,000 blind spot related car accidents per year just in the US, which made this project significantly more important to me."

Gassler's project uses a webcam, projector, 3D printed adapter and retroreflective fabric to make a car's A-pillars invisible by displaying the image of the blind spot behind them onto the pillar.

First, a webcam is attached to the car onto the A-pillar. Then, a projector mounted on the roof inside the car is used to display the images from the webcam.

Gassler also 3D printed a special piece to allow the projector to focus at close range. The teen used retroreflective fabric to cover the A-pillar to allow light from the projector to reflect back onto the light source, rather than bounce in different directions.

This, she says, allows the driver to see the image more clearly. The fabric also helps other passengers in the car avoid headaches and disruptions from the projector light.

The young prizewinner said she was motivated to work on the design after finding out how dangerous blind spots are to drivers. After her own brother started driving, she knew it was a "big issue" she had to look into.

"When I did research, I found out that there are more than 840,000 blind spot related car accidents per year just in the US, which made this project significantly more important to me" she told CNN.

Gassler won the $25,000 Samueli Foundation Prize for her design. According to the Society for Science & the Public, the prize is "the top award in the Broadcom MASTERS, the nation's premier science and engineering competition for middle school students."

Gassler competed against 29 other middle school students at the Broadcom MASTERS. When she won, she said she was "genuinely" taken by surprise.

"I had confidence that I might win one of the STEM category prizes, because I felt like I did well in the engineering category, but once they reached the announcement for the top prize, I was out of hope," Gassler said.

"When my name was called, I started shaking so much because I was so excited."

Gassler, who is now a high school freshman at Avon Grove Charter School, submitted the project when she was in eighth grade. The student said she hopes to make her prototype more unique, patent the design, and submit the idea to automotive companies like Tesla.