"Turning hate into love so to speak." 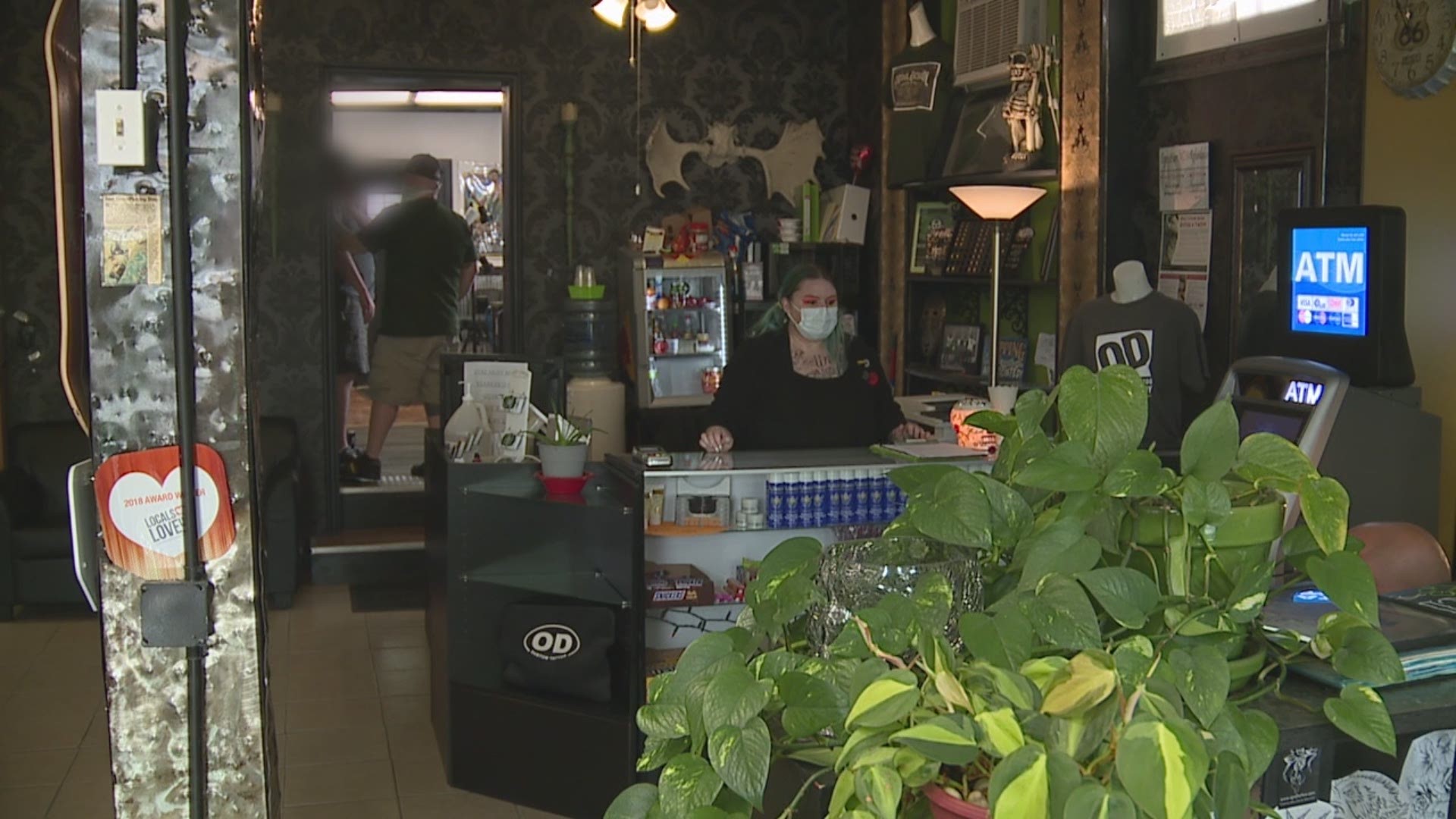 ROCK ISLAND, Illinois — A tattoo artist in Rock Island is using his skills to cover up hate speech tattoos, and he's doing it for free. But a change like this goes more than skin deep for one man who's set to get a confederate flag-covered up on his arm.

For Brandon Weeks, an expert at O Tool Design Custom Tattoo in Rock Island, on the schedule, this day is a request for change.

"I want to make sure we can cover it completely like it never happened," says Brandon.

The person in the chair has agreed we can call him Tim. He doesn't want his name used, but he wants the change.

"It will be nice to have it gone," says Tim.

Brandon's going to make it disappear.

"It's a skull with a rebel flag," explains Brandon.

"I don't care what anyone says. That's what this tattoo represents. And if you want to say it was a battle flag part of this country, it was the team that lost," says Tim.

Covering the faded Confederate Flag started with a transformation from within.

"Back in the early 90's, there was a lot of racial tension at my high school. You either stayed out of the way, or you picked a side. I picked a side and got a tattoo to, I guess, advertise it," explains Tim.

That advertisement of the side he chose in high school, to Tim, now promotes hate.

"It didn't take very long for me to realize my beliefs, thoughts, anger is systemic racism," reflects Tim.

The flag won't be there much longer thanks to Brandon.

"Turning hate into love so to speak," says Brandon.

Brandon has done a countless number of tattoos, but a transformation like this is a first. This one he's doing for free.

"I just like to help people get rid of old mistakes they may have made by getting racist tattoos," says Brandon.

It's a change in image.

"I don't like being wrong. But when I am wrong, I'll admit it. And I was definitely wrong," says Tim.

It's also a transformation of the heart.

"I'm definitely glad that he came in and let me do what I could to get rid of it, and I hope he's as happy as I am," says Brandon.

Brandon is still taking tattoo cover up appointments. Call him at O Tool Custom Design and Tattoo in Rock Island at (309) 786-4695.