Pastor Rodney Howard-Browne made the announcement that there would be services for people, but asked them not to go to the church. 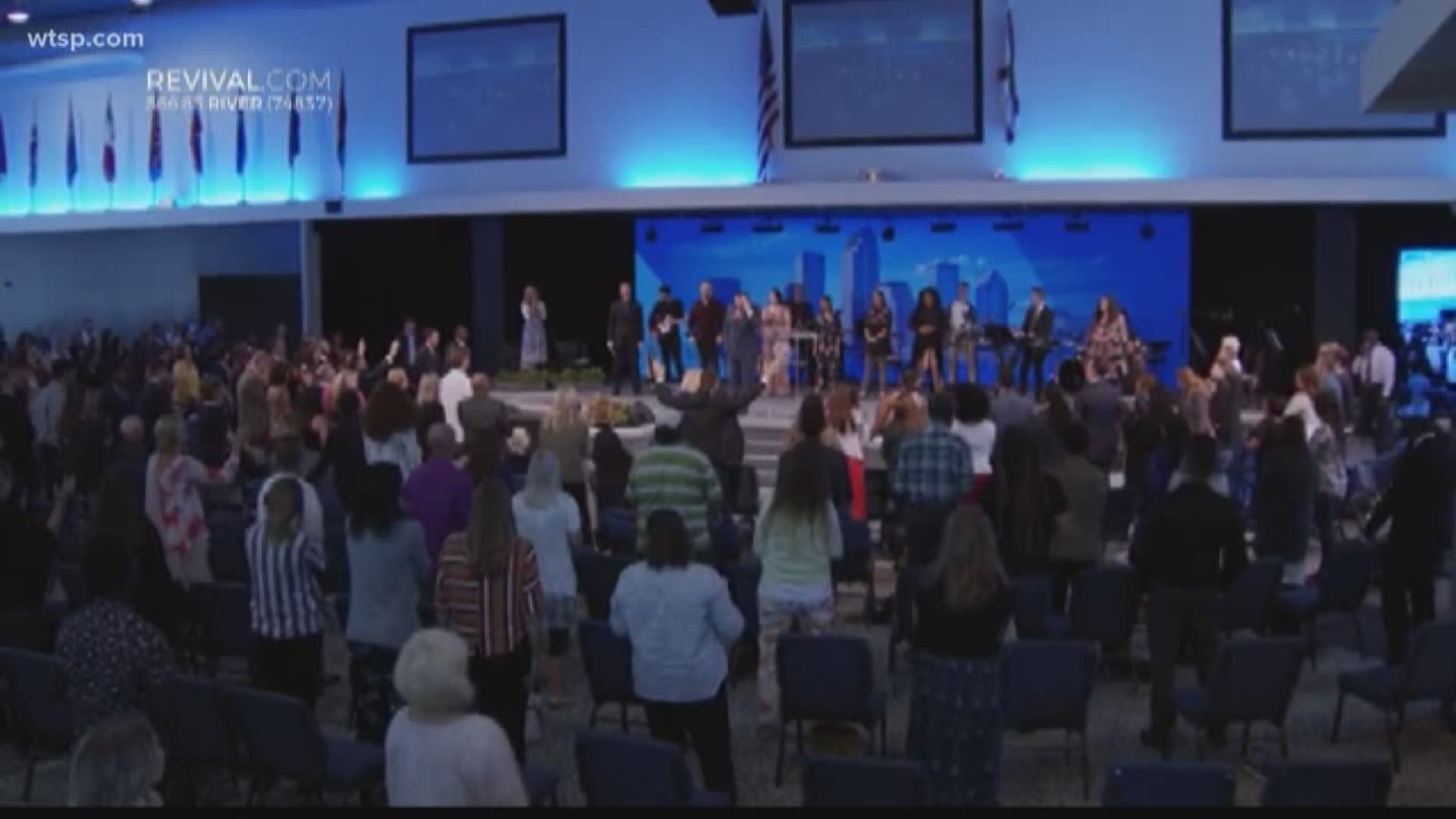 TAMPA, Fla. — The Tampa pastor who was arrested Monday after Hillsborough County Sheriff Chad Chronister said he held a packed service despite Hillsborough County's "safer-at-home" order now says he will not hold services this Sunday.

Pastor Rodney Howard-Browne made the announcement that The River at Tampa Bay would not hold services at the church on Facebook Live Wednesday night.

Howard-Browne said there would still be a broadcasted service.

Howard-Browne was arrested Monday and charged with unlawful assembly and violation of public health emergency rules. He has since bonded out of jail.

Howard-Browne said he wasn't closing the doors to the church because of what Sheriff Chronister has said, but because God told him to.

A post written on Revival Ministries International's website on March 22 outlines the ministry's belief that churches should be deemed essential. Several days before that, a press statement said "the Church is another one of those essential services. It is a place where people turn for help and for comfort in a climate of fear and uncertainty."

The "safer-at-home" order was passed in Hillsborough County on March 27, and religious organizations were not been given an "essential" designation under the order.

Posted by The River at Tampa Bay Church on Wednesday, April 1, 2020