Student attacked at Davenport West released from the hospital, at home recovering 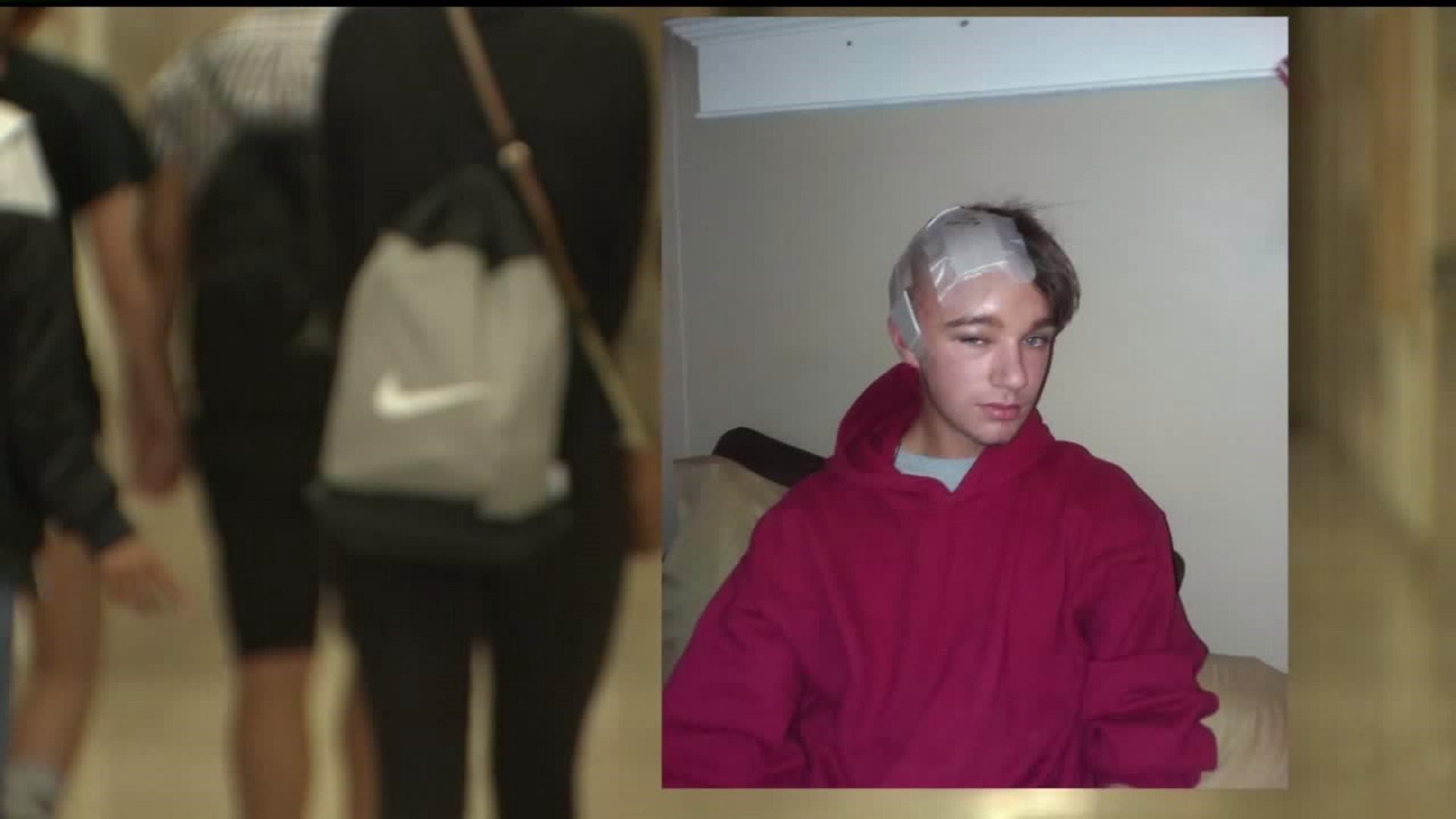 DAVENPORT, Iowa - The 15-year-old boy attacked at Davenport West High School on Monday, November 4, is back home and resting with his family and friends.

He was released from a hospital in Iowa City on November 6. Theresa Wallenhorst, says her son, Charlie, still has quite a bit of recovering to do.

"We don`t know if there will be any long term neurological effects," said Wallenhorst.

The attack went viral after students began posting a video of it to Snapchat, a social media app. The video shows another student striking Charlie repeatedly in Davenport West's cafeteria.

"Nobody helping or stepping in? That`s what infuriates me," said Wallenhorst.

Wallenhorst said she rushed to the school after hearing about the attack and found her son in the nurse's office.

She took him to a Quad City area hospital, but he was rushed to University of Iowa Hospitals in Iowa City where he underwent emergency surgery because of a head injury.

"They ended up peeling the skin back, taking a hole out of his skull above the bleed and as they cleaned it up they found an active blood vessel bleeding," said Wallenhorst.

Now, she says it is time to ask the Davenport Community School District some tough questions.

Wallenhorst said she was told that after the other student had been teased about the photo, he asked Charlie to take the picture down.

Charlie did take the photo down and even deleted the photo from his camera. However, tensions escalated, and Wallenhorst says it all led up to Monday's attack.

"Everything is so instant and the kids don't realize the consequences," said Wallenhorst.

Wallenhorst hopes students can begin to pay more attention to the impact social media can have on people's emotions and actions.

The district said in a statement to News 8 that a summit is being planned with key members of the community to find "meaningful ways to move our district forward, together."

Charlie does plan on returning to Davenport West High School. He will be out of class until at least November 18.

This is the first time he is missing school since he was in 5th grade, according to his mom.

He is in good spirits and will continue to slowly recover, but a full recovery could take several years, according to his mom.

Police said the attacker is a 15-year-old, who was arrested and charged with assault causing serious injury. The 15-year-old was cited and turned over to a parent, according to police.

You can donate to Charlie's medical fundraiser, here.