Mercado on Fifth to receive $500k from Illinois

Mercado received for a new building project from the Minority-Owned Business Capital and Infrastructure Program. 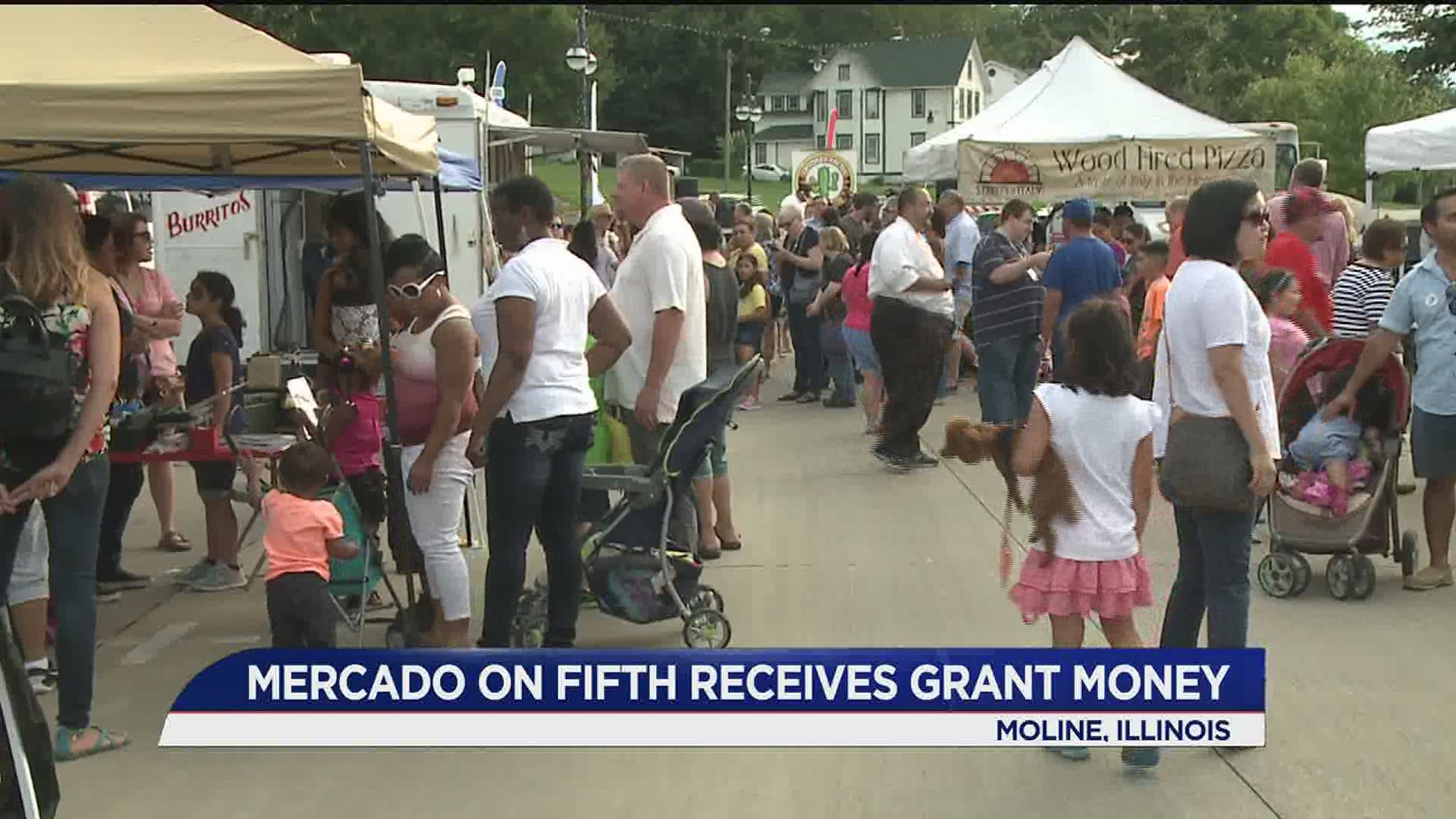 MOLINE, Ill. — Mercado on Fifth is set to receive nearly $500,000 from a State of Illinois program for minority-owned businesses.

Mercado received $495,700 for a new building project from the Minority-Owned Business Capital and Infrastructure Program. Mercado said in a statement that "additional funds need to be raised to unlock a $100,000 Transformation Grant from the Quad Cities Community Foundation."

The state's program is set to provide $11 million to 32 minority-owned businesses throughout Illinois to, "create jobs, build capacity, increase revenues and revitalize properties in undeserved communities."

"Mercado on Fifth has been at the forefront of driving economic activity in the Quad Cities region, having helped develop over 20 new minority-owned businesses since 2017,” said Maria Ontiveros, President, Mercado on Fifth in a statement.

“The Minority-Owned Business Grant from Illinois OMEE will enable our expansion into a much-needed incubator facility to create more equitable growth in the community. As Founder Bob Ontiveros always says, 'Everyone wins when someone gets an opportunity.’"

RELATED: Mercado on Fifth focuses on expansion, supporting vendors after postponing season due to outbreak