Stabbing in Moline leaves teenager fighting for his life

An 18-year-old man is left fighting for his life after a stabbing that stemmed from a domestic dispute. 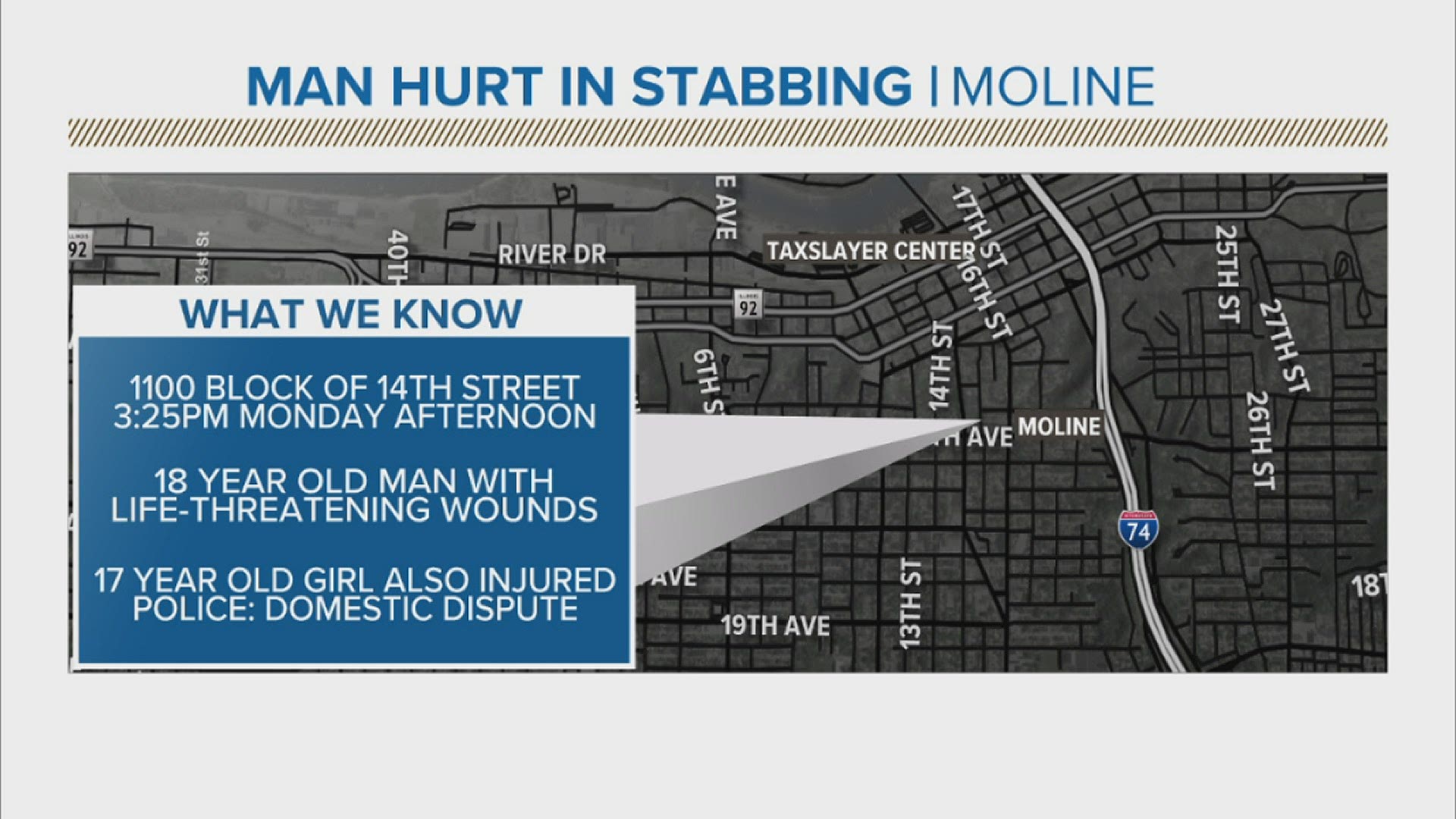 MOLINE, Ill. — The Moline Police Department is investigating a stabbing that left an 18-year-old man fighting for his life.

A 17-year-old girl was found at the scene had injuries but police say they were not life threatening, along with a 18-year-old woman who was not hurt.

Moline Police said in a press release that all involved knew each other and that the stabbing stemmed from a domestic dispute.