South Park Mall was evacuated Monday after a fire broke out filling the halls with smoke. 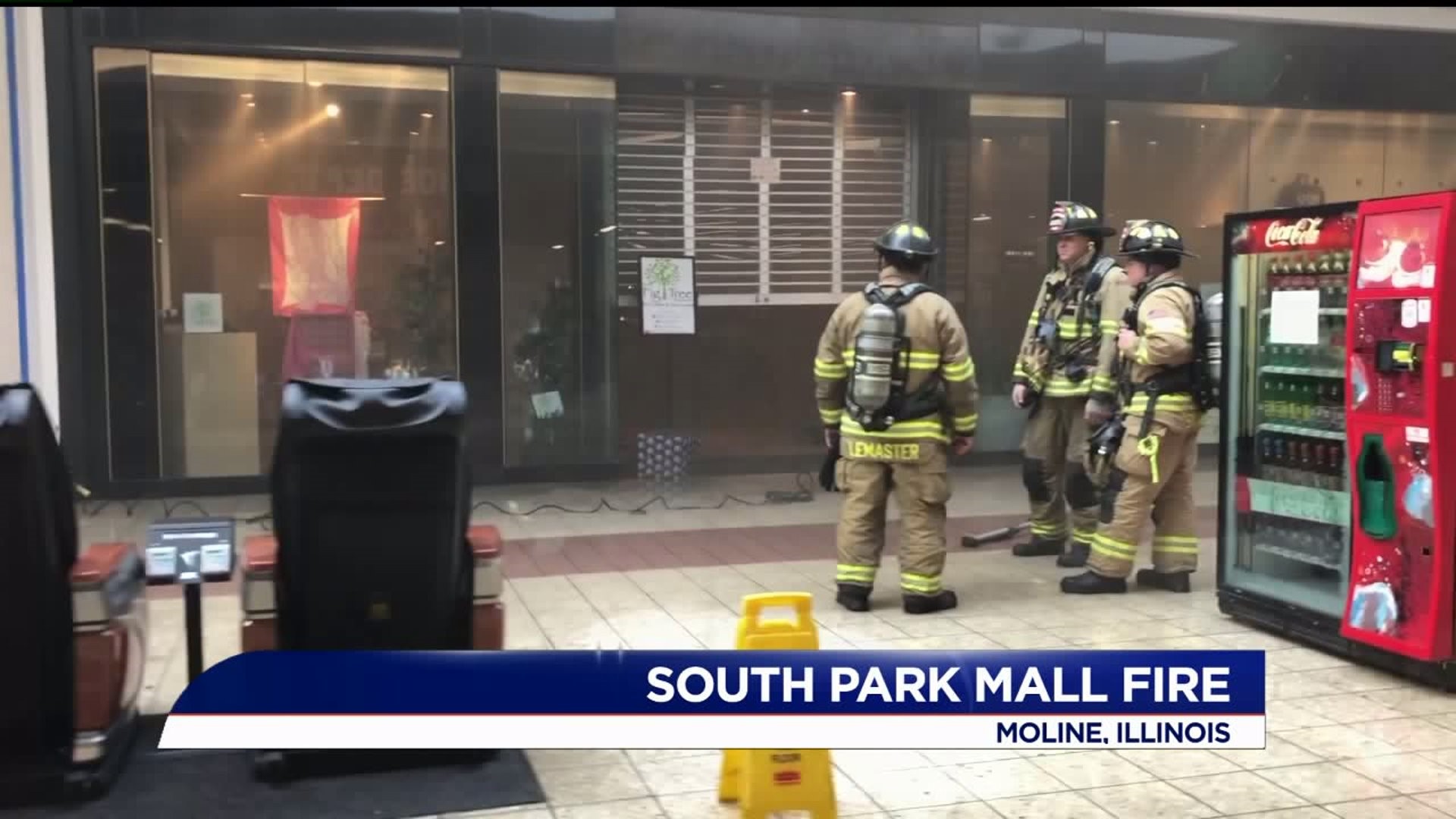 MOLINE, Illinois -- Incense that was left burning inside a store at SouthPark Mall has caused hundreds of thousands of dollars in damages, according to Moline's fire marshal.

The fire started just after 11 a.m. on Monday, December 16.  The mall was evacuated as the halls filled with smoke.

According to Fire Marsal Jerry Spiegel, the fire started inside the Fig Tree bookstore.  He said incense had been left burning with the ashes falling into a cardboard box; that's what ultimately caused the fire.

Spiegel said the fire was contained within minutes.  Four sprinklers went off and helped put out most of the flames before crews arrived, but smoke continued to filter through the mall hallways.

Damage to the Fig Tree has been estimated at about $50,000, said Spiegel.  That combined with the smoke damage to other stores adds up to hundreds of thousands of dollars.

Spiegel said the biggest challenge for crews was getting the smoke out of the building.  TMI came to help activate the mall's ventilation system to get the smoke out.

There were no injuries.

The inside of the mall was set to remain closed for Monday.  The anchor stores, JCPenney, Dillards and Von Maur opened from the outside, according to mall management.