A group of hard-working teens is ready to march into the holidays and spread “joy to the world” beyond their local band room. 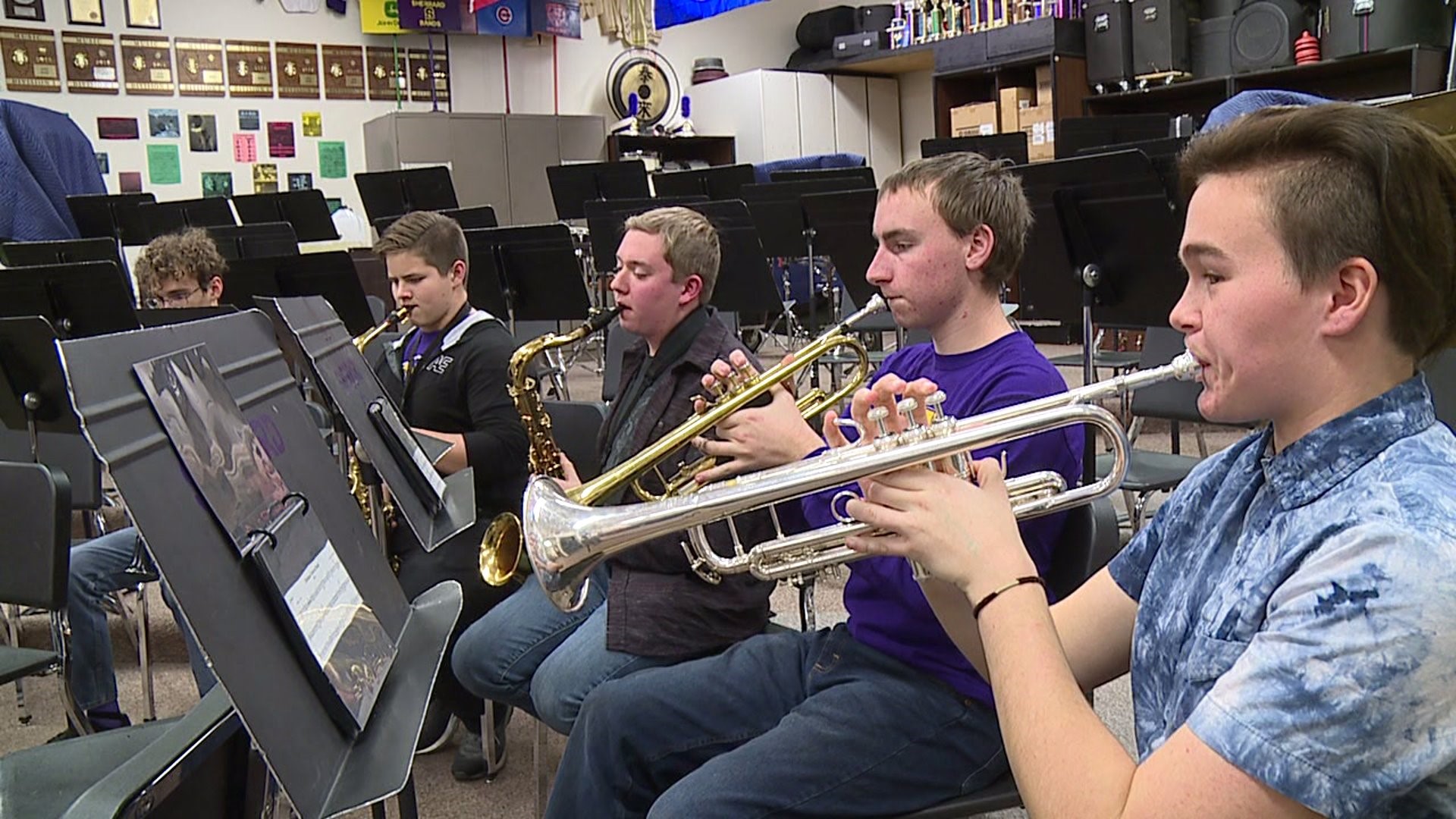 SHERRARD, Illinois - Five high school students will say "goodbye" to family on November 23 and head to The Big Apple to preform at Macy's Thanksgiving Day Parade.

The Parade will air on national T.V. on November 28.

"I don't know about the other guys but, I've been practicing as much as I can," said Kamryn Linskey, a senior who will play the trumpet during the parade.

"It's kind of crazy. Especially going to some place where there are way more people than I've ever seen. Ever," said Steven Shaw, a sophomore who is playing the clarinet in the parade.

The group had a month the learn and memorize their music and the application process to participate is tough.

"There's an application online that's a lot like a college application," said Jared Hood. He is a senior who plays the saxophone and this will be his second time preforming in the New York parade.

The group of five will fly to New York together. For most of them, it is their first time to a major city.

"I remember when I was a little kid, getting up and watching the Macy's Thanksgiving Day Parade and I've always loved being a part of band too so, the thought of the two coming together and being able to go and have this awesome experience is just amazing," said saxophone player Evan Gagliardo. He is a junior at Sherrard High School.

And, it's not everyday that so many students are chosen to be a part of the parade from one school.

The Great American Marching Band is made up of students from all 50 states.

"The person I was in contact with from the school said this is pretty rare, for them to take this many students from one band," said proud Sherrard High School Band Director David Grayson.

A group of hard-working teens ready to march into the holidays and spread "joy to the world" beyond their local band room.