The number of known cases of sexual harassment committed by employees in Iowa’s executive branch spiked last year after responsibility for conducting inve... 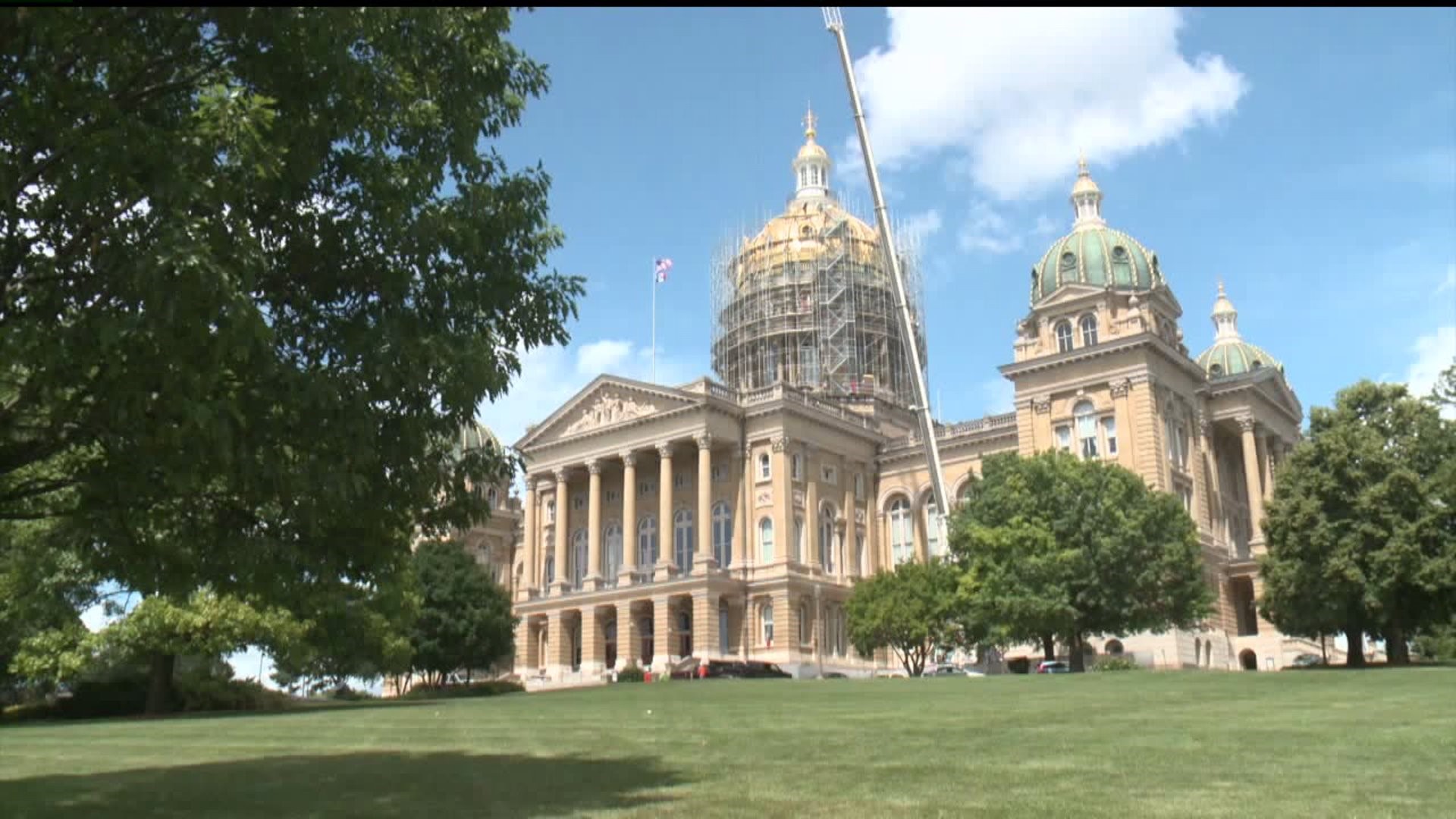 IOWA CITY, Iowa (AP) — The number of known cases of sexual harassment committed by employees in Iowa's executive branch spiked last year after responsibility for conducting investigations was shifted to a central agency.

The increase may be welcome news for advocates for sexual harassment victims, who had expressed disappointment at the state's handling of the issue in the past.

Department of Administrative Services spokeswoman Tami Wiencek said the agency concluded there were 10 founded complaints of sexual harassment in the last fiscal year that ended June 30.

The agency told lawmakers earlier this year that it knew of only three founded sexual harassment complaints in the prior three fiscal years combined.

The department now has responsibility for the investigation of all sexual harassment complaints involving the executive branch's roughly 16,000 full-time employees. Before last year, it only assisted in investigations if other agencies requested help.

"I believe the policy is working, but the data also shows there's more work to do and we should always see how we can do better," Gov. Kim Reynolds said in a statement Wednesday.

The recent investigations confirmed allegations of unwanted touching of co-workers, sexual comments and jokes and other inappropriate behaviors. Multiple employees, including workers from the Department of Transportation, the Department of Human Services and the Department of Revenue, were dismissed as a result.

Multimillion-dollar settlements of earlier cases prompted calls for the state to overhaul its procedures for handling complaints and investigations.

The state paid $4.15 million earlier this year to two women who had been sexually harassed by the director of the Iowa Finance Authority, Dave Jamison. An investigation found that for years nobody reported his behavior , in part because it was unclear who would investigate an agency director.

The case was politically sensitive for Reynolds, a longtime friend, who abruptly fired Jamison after one of the women complained to her office. The governor has pursued a zero-tolerance approach toward workplace sexual harassment and the new rules make clear that supervisors who are aware of misconduct but don't report it can also be fired.

Details of complaints and investigations are confidential under the rules to protect the privacy of complainants. But some of the cases have become public after fired employees appealed their terminations to the Public Employment Relations Board.

At least four have argued that the state's crackdown has gone too far, complaining that investigations were not conducted fairly and the punishments were too harsh.

"When they weaponize the #MeToo movement, if they want you out, they can take you out," fired DOT employee Scott Illingworth said. "It's a modern day 'scarlet letter' and it makes it impossible for me to keep working in public administration anywhere."

Illingworth came under investigation in April after he was accused of making an inappropriate remark to an intern during a fire drill.

The inquiry found that he had "made unwelcome contact and made inappropriate comments to female co-workers on multiple occasions," records show. He had been counseled in 2018 after managers told him a remark about a female employee's pants was unacceptable.

Illingworth, 64, said the comments and contact that interns objected to were "benign" and not sexual. He said he wasn't given a meaningful opportunity to defend himself during the investigation.

"My generation is a much different generation than what's coming up now," he said. "The interns were triggered by me saying things like, 'Hi, how are you doing, that's a nice outfit'. Literally patting someone on the back for doing a good job was considered inappropriate touching."

Among the others fired include a Department of Revenue agent accused of unwanted touching and asking co-workers a "question of the week" that often had sexual overtones, and a prison worker accused of improperly grabbing colleagues.

The board will consider their requests to be reinstated with back pay. In July, the board ordered the reinstatement of a Department of Human Services worker fired for texting an unwanted photo of a penis to a female state vendor, ruling that a suspension was a more appropriate punishment.

State lawyers are appealing that ruling in court.