Scott Stubblefield tripled the number of drop-off locations and is hoping to serve more children in need during his second year of “Scott for Tots”. 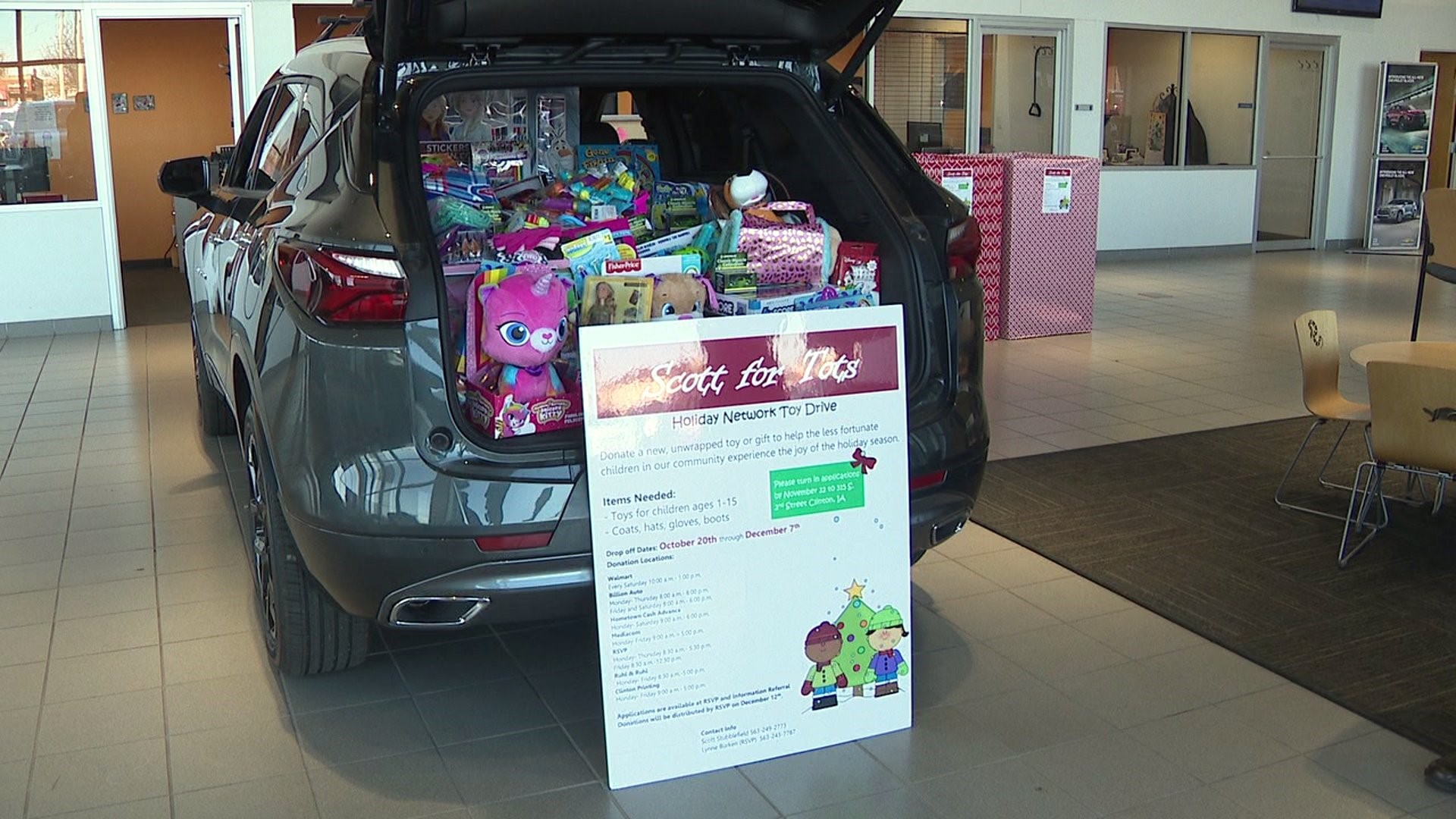 CLINTON, Iowa – “Scott for Tots” is a toy drive in Clinton started by Scott Stubblefield is gearing up for its second year.  Scott started the drive in 2018 after Toys for Tots was discontinued in Clinton County.

“I get calls every day – “we’re on our way, we’re on our way”,” says Stubblefield.  He started the toy drive where he works at Billion Auto Group last year.  When you walk in there’s already a trunk full of toy donations, but Stubblefield isn’t calling himself the Saint Nick of Clinton.

“They said I should dress as Santa, but I’m not going that far,” Stubblefield says. “Maybe I’ll buy a red hat.”

People from all over the community drop off toys at Billion and other locations in Clinton. Last year “Scott for Tots” donated toys to 1,000 kids in need.

“I knew the day after we dropped the toys off last year that we were going to do it again,” Stubblefield comments.

That’s exactly what he’s doing this Christmas, but this time he had to go bigger.

With more kids to serve, Stubblefield started one week earlier this year and his cause is everywhere you look in Clinton.  He’s on light-up billboards and businesses are posting “Scott for Tots” outside their storefronts to show they’re a drop-off location.

This year people can donate toys at 24 different locations in Clinton, which is triple what they had last year.  All people have to do is look for a giant box wrapped in festive paper.

“I was just amazed with his post on Facebook last year about just how many toys he had out at the auto store,” remembers Julie Ramirez, co-owner of Clinton Printing Company and a new drop-off location this year. “He’s a nice guy, great, he would help anybody out.”

With more locations taking donations, Stubblefield says he has concerns.

“I’m just kind of a nervous Nelly,” Stubblefield explains. “Last year, I saw everything sitting right here in front of me and now with so many locations trying to make it convenient for people not to have to drive all the way out here I don’t get to see it every day.”

Stubblefield may not take his claim to fame as Clinton’s Santa Claus, but he sure is spreading Christmas in Clinton.

“Scott for Tots” goes until Dec. 7.  Stubblefield says they take toys for all ages, but the age group usually in the shortest supply is boys age 11-15.

Here is a list of “Scott for Tots” locations you can donate toys.