The department raised more than 800 dollars for Hudson’s family in less than one month. 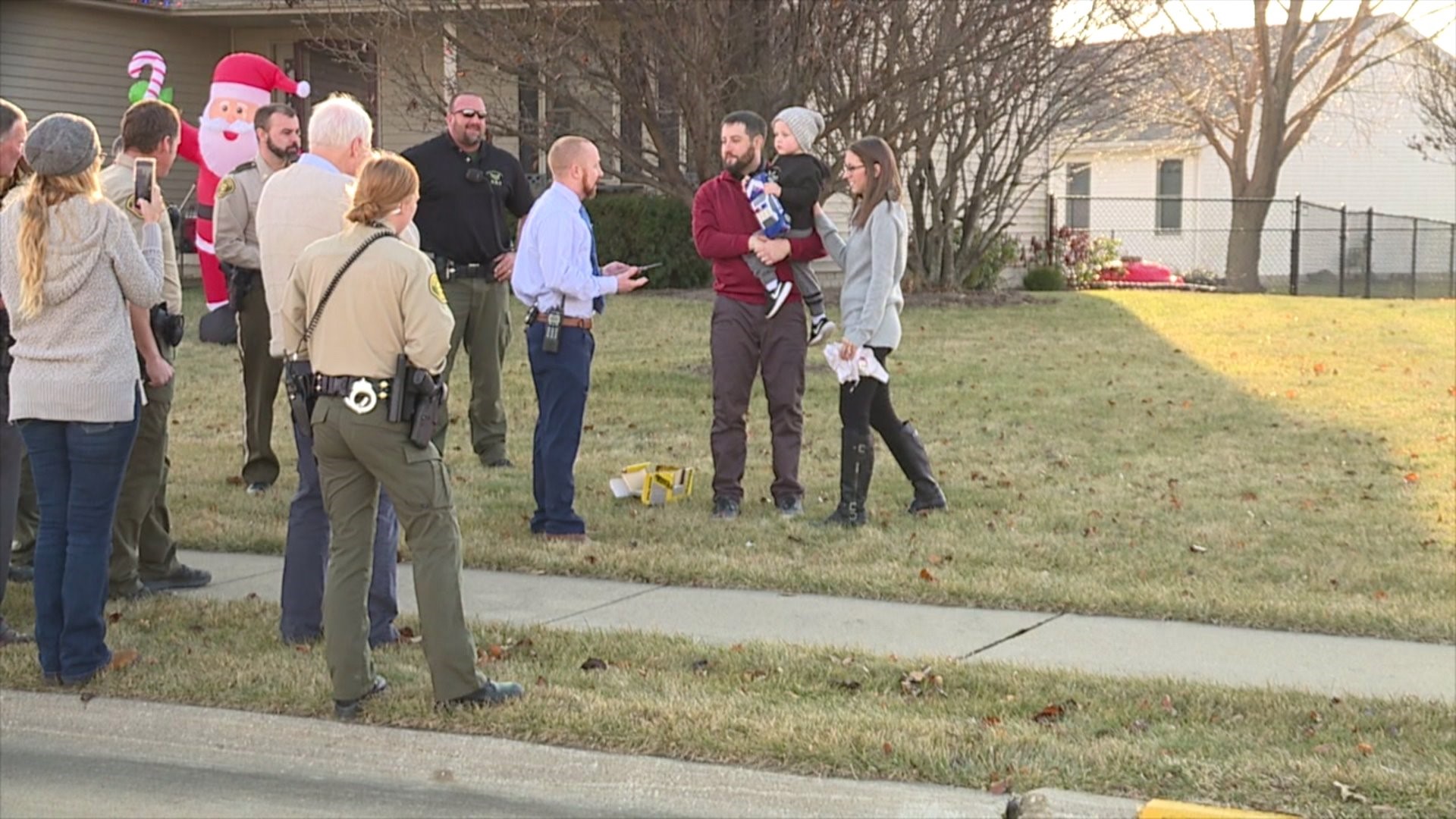 "There are some guys that are here on their own time," Scott County Sheriff's Department Detective Dan Grafton "It's their day off."

Deputies with the department drove with their vehicles in a row, pulling into two year old Hudson McKearney's house.

"He`s got his police car friends and he knows where the police station is at," Hudson's dad Kyle McKearney said. "Everytime we drive by it, he says hi."

Hudson was diagnosed with leukemia in March of 2019. He and his family travel to Iowa City every week for treatment.

"Watching him run around today, we remember when he was in the hospital, and he couldn't run or walk or really do anything. He was getting fed through a tube."

The department presented Hudson and his family with an $800 check and his own police car.

"He`s huge into cars and play trucks in general, so anything that can be loud in the house, he is all about it," Kyle said. "That is really awesome. You can't really describe how good that feels and how much that means to us."

Hudson was in the hospital the night before the visit, so this was just the "pick me up" he needed.

"It makes him just feel like a kid again and helps us forget about everything that comes along with the cancer treatments," Kyle said. "He will talk about it for the next two to three weeks forsure."

The department raised more than 800 dollars for hudson's family in less than one month.

Deputies got to keep their "No Shave November" beards in December, if they donated thirty dollars each.