Gunman kills 2 people, then himself in the parking lot of an Oklahoma Walmart, police say

At least two victims are dead after, police say, a gunman opened fire Monday outside a Walmart in Duncan, Oklahoma, before reportedly turning the gun on himself. 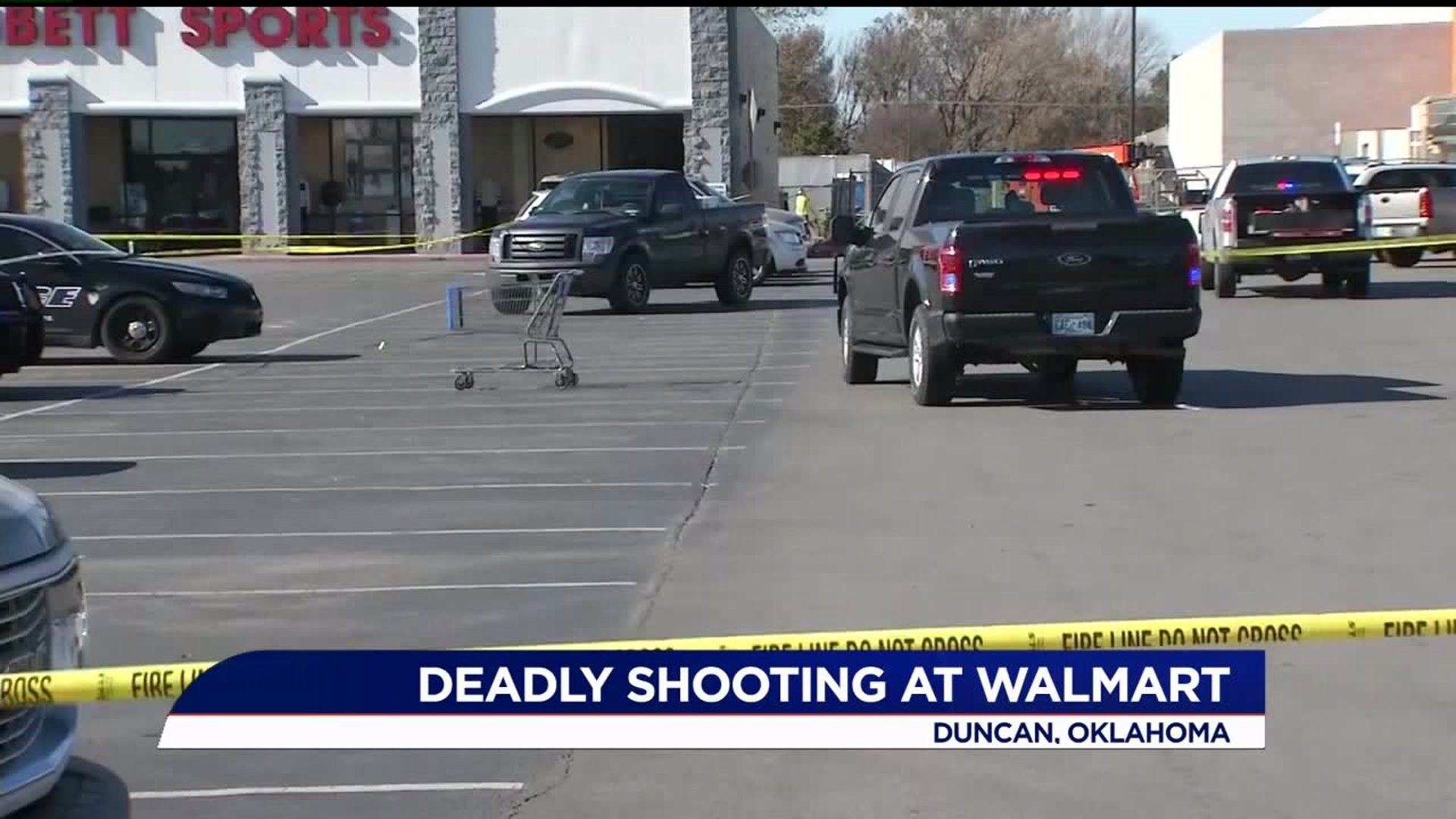 (CNN) -- A gunman killed two people in the parking lot of a Walmart in Duncan, Oklahoma, on Monday morning before turning the gun on himself, police Chief Danny Ford said.

The Duncan Police Department said a man and woman had been killed in a car parked at the Walmart. Both were in the front seats, while the other man was found on the ground on the driver's side of the vehicle, near the back door, Ford said.

Witness Aaron Helton told CNN affiliate KOCO that two victims were killed in the parking lot. While Helton said the gunman fatally shot himself after a bystander confronted him with a firearm, Ford said that could not be confirmed

Helton told the station he heard nine shots. Video captured by CNN affiliate KOKH showed a red vehicle with what appeared to be six bullet holes in the windshield.

"It appears several rounds were fired into the car, and a handgun was recovered at the scene," Ford said, estimating that nine shots were fired.

Though the victims were patronizing a money center inside the Walmart before the shooting, no shots were fired inside the store, the chief said. Another person in the parking lot did draw a weapon, Ford said, but he could not confirm that person approached the shooter.

Duncan police will release the victims' names after notifying their families, Ford said.

Duncan Public Schools said it was locking down its schools and visitors would not be allowed to enter until police declared the situation safe. Less than an hour later, the school system said it had ended the lockdown after getting the all clear from authorities.

An aerial view of the Walmart, which sits next to a strip mall, showed a large swath of the parking lot cordoned off in yellow crime scene tape. Several emergency vehicles were in the parking lot.

"As this is an active police investigation, we are currently referring additional questions to law enforcement and assisting however possible," a Walmart spokesperson told CNN.