Several children were standing outside of the bus after the crash happened. Stay with us as we get updates. 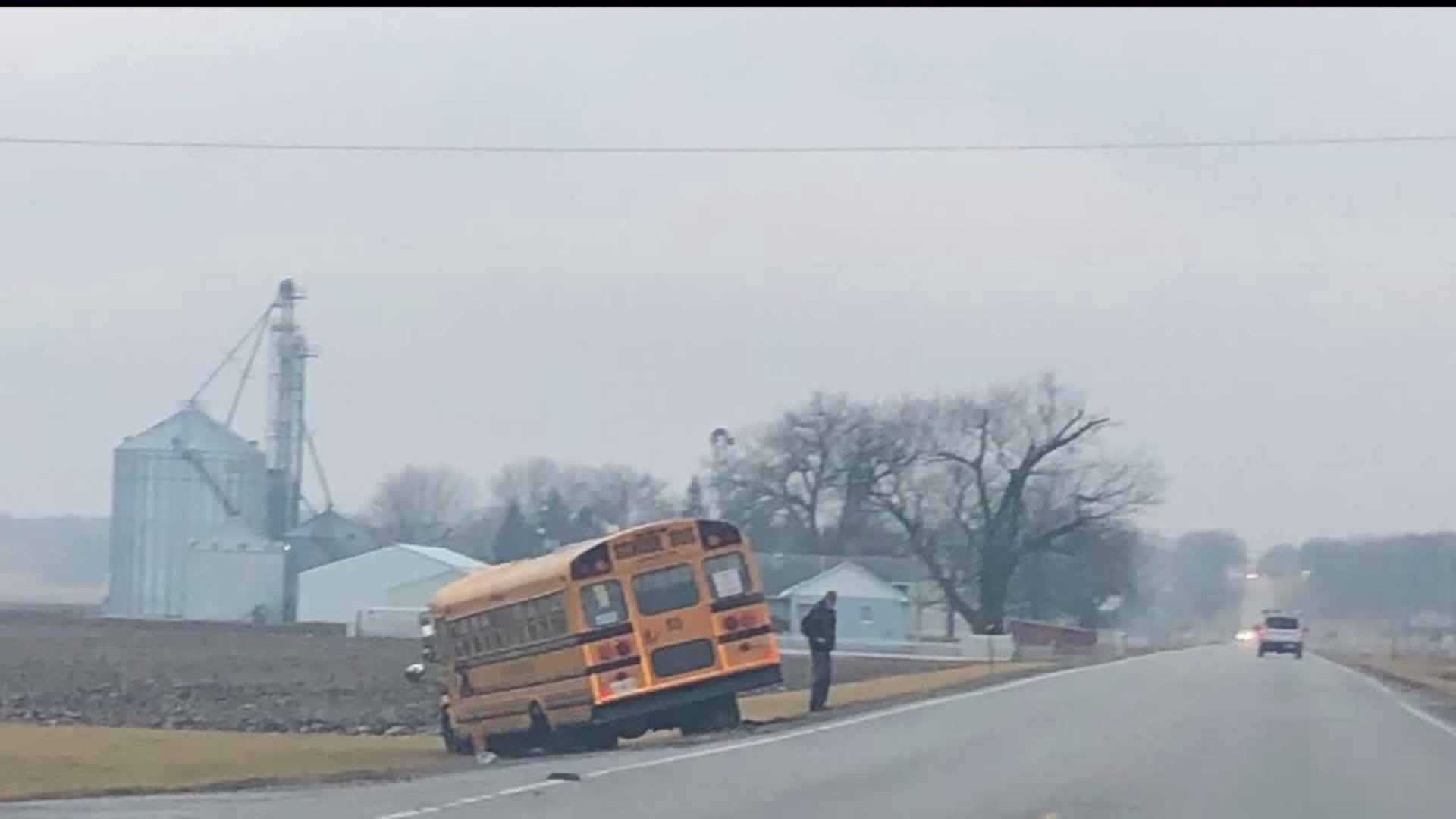 A 54-year-old woman from Geneseo was driving a school bus west-bound on Wolf Road just after 7 a.m., according to a statement from Illinois State Police.

She hit an oncoming car when she drove into the east-bound lane trying to pass two semi-trucks that were waiting to turn into a driveway near 1200 East.

The driver of the car was taken to a nearby hospital, for non-critical injuries. The other passenger in the car was not injured, the statement said.

Both the car and the bus ended up in a ditch.

The bus was carrying no children, according to the statement.

ORIGINAL STORY: A school bus and a car crashed with both vehicles ending up in a ditch just after 7 a.m. Tuesday.

The bus and a silver car crashed on Wolf Road, Northwest of Geneseo, Illinois.

Several children were standing outside of the bus after the crash happened, according to witnesses.

The car was damaged on the drivers side and also ended up in the ditch.

News 8 has not received any information from Illinois State Police or the Henry County Sheriff's Office.