A group from Rock Island returned on Monday from a week-long mission to Puerto Rico, where a 6.4 magnitude earthquake struck last week. 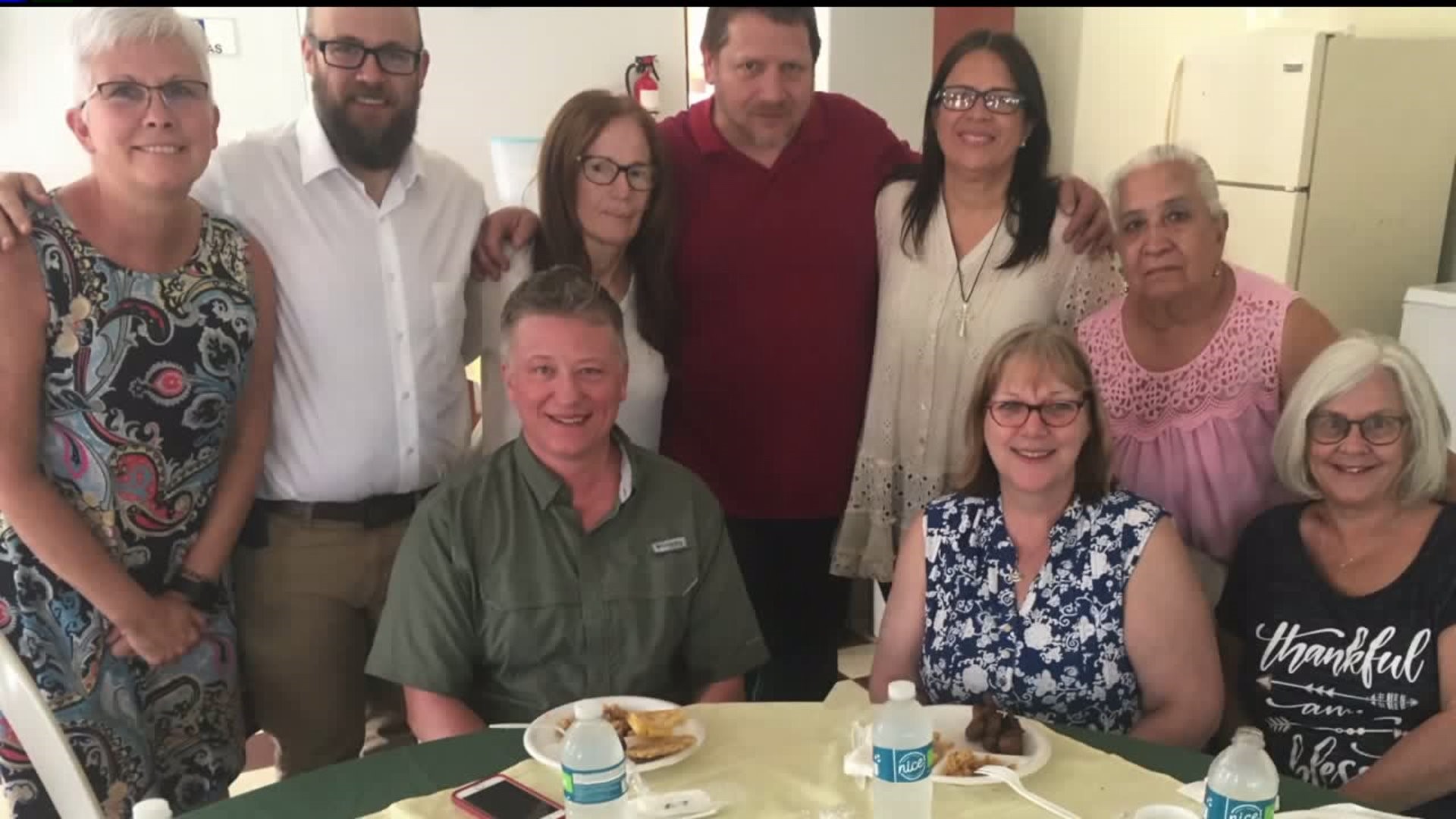 ROCK ISLAND, Illinois -- A group from Rock Island returned on Monday from a week-long mission to Puerto Rico, where a 6.4 magnitude earthquake struck last week. There was no power or hot water for most of the time they were there. Meanwhile, more than 4,000 people are still staying in shelters and sleeping outside, as tremors and aftershocks continue to rattle the island.

The group of six, led by Pastor Blake Severson, had been planning the trip for months in order to offer relief to people still suffering from Hurricane Maria, a deadly Category 5 Hurricane in 2017. He said the earthquake threw their original plans out the window.

They had expected to arrive to people who needed help rebuilding their lives after the hurricane in the hard-hit mountain areas of the island. The earthquake called them south to the small town of Guanica, just miles from the epicenter.

"It's just incredible, but everywhere we went there were tents in people's front yards. People living in their cars because they don't trust their houses anymore," Severson said.

They brought supplies to help out wherever they could, with about gallons of water, cans of tuna and Vienna sausages and special loaves of bread. Spiritual comfort and comfort food.

During Saturday morning devotions the group felt a 5.9 magnitude quake.

"It came and then we all kind of looked at each other, and then it kept going," said church elder and mission-goer Debonie Wagener. "And we're like, OK, we're out," she said.

It was just another one of the hundreds of tremors people have been dealing within the last few weeks. For much of the trip, the group stayed with a friend named Cenia who had lost everything in the 2017 hurricane.

"And she slept dressed, with shoes on, and had her bag," Wagener said. "Her go-bag, we were calling them, right by her bed. And I know there were times when we slept and she was up and almost out the door."

When you think about what the Puerto Ricans have been through, mission-goers said a week without power or hot showers start to pale in comparison. It's their turn now to be a witness to what they saw and felt there.

"But I think that really was why God called us there, was to be present in the midst of this for people that really have, we heard time and time again, have felt abandoned and alone in the aftermath of Maria," Severson said.

To see a list of reputable charities that people can trust visit Ready.Illinois.Gov