The County Board says they plan to vote on the offer in two weeks. 17 board members have to vote yes for the sale to pass. 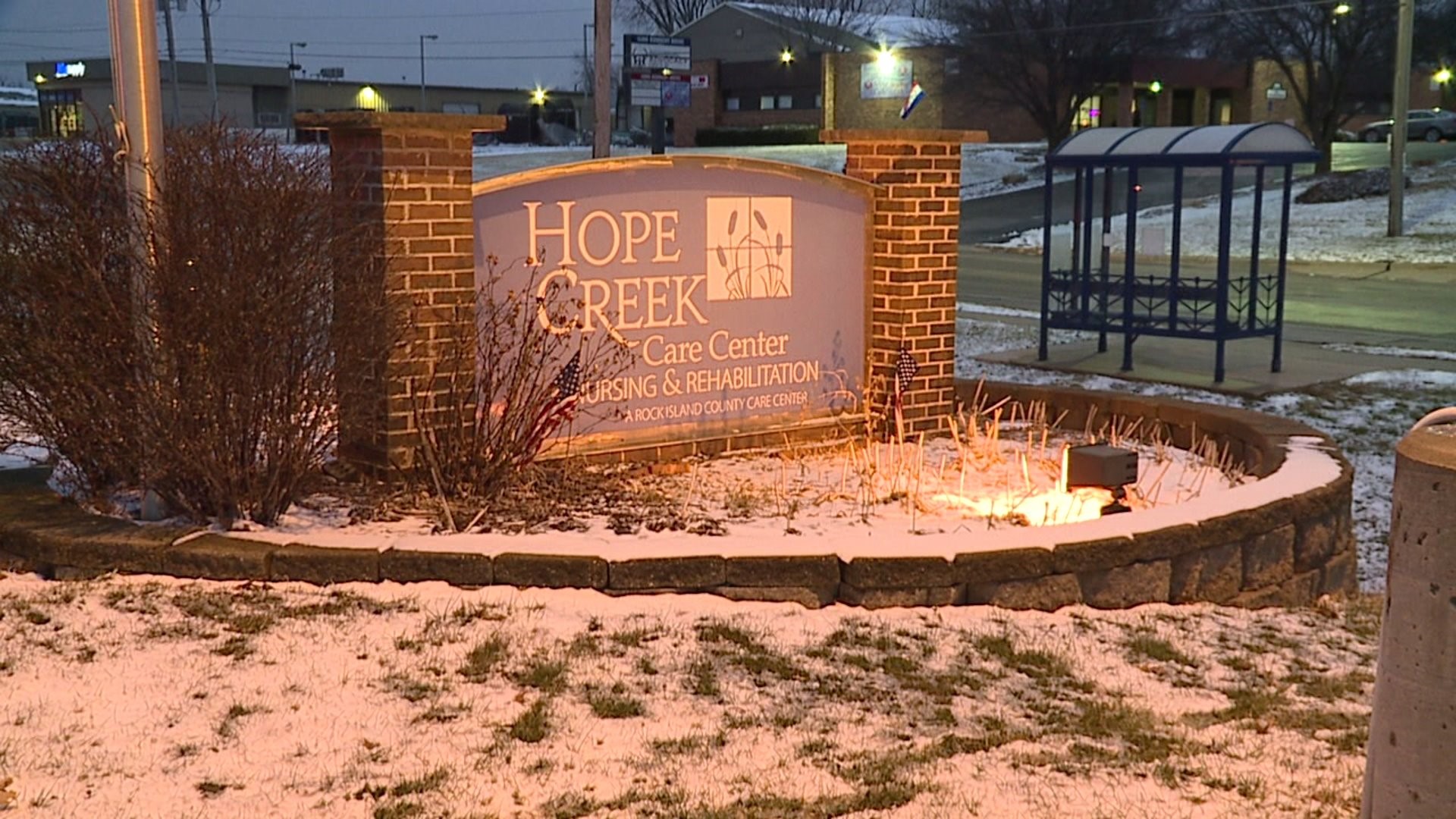 ROCK ISLAND, ILLINOIS  --  The Rock Island County Board is in negotiations with Aperion Care to sell Hope Creek Care Center for $6 million.

Board Chairman Richard Brunk says the negotiations should have been private, but a county board member leaked the potential price tag on the sale.

"I don't know for sure who did," Brunk said.  "It may have been more than one. It does bother me, because as much as we work to be transparent, there are some things that need to be discussed behind closed doors at times."

At the January 15th meeting, County Administrator, Jim Snider, said the leak of information impacted the negotiations and now the county probably won't get an offer for more than $6 million.

In September, the county listed Hope Creek for 19 million dollars, the amount needed to break even on the center's debt. Brunk says that total debt is now at 18 million dollars.

"We just felt that we kind of needed to shoot for that dollar amount," Brunk said "We were hoping that we might come in somewhere close to it, but unfortunately the market is what the market is."

Brunk says if the 6 million dollar sale goes through, it will take 5 years for the county to pay off the remaining 12 million dollars in mortgage debt.

"When you look at the operational losses that we are sustaining, those stop," Brunk said. "Our continual losses stop, in addition to being able to pay off that debt and have all that continual hemorrhaging disappear."

Brunk says the property tax burden would fall on the new buyer. Aperion Care is estimated to pay $300,000 in property tax.

"That would be overall 5.5 million dollars in property tax relief to the taxpayers of Rock Island County," Brunk said.

"The residents, the employees and the taxpayers are all our top concern, especially the residents," Brunk said.

Still, to some at Hope Creek, this sale would be a bad deal.

"6 million dollars, that is practically giving this facility away," Schmidt said.

"This is our best opportunity to have the facility continue to be a resource to the community," Brunk said.

Brunk says the board plans to vote on the sale of Hope Creek in two weeks.