John Gottilla, owner of J. Gotti's, says he fears the violence will spread from Davenport to Rock Island after he saw posts on Facebook. 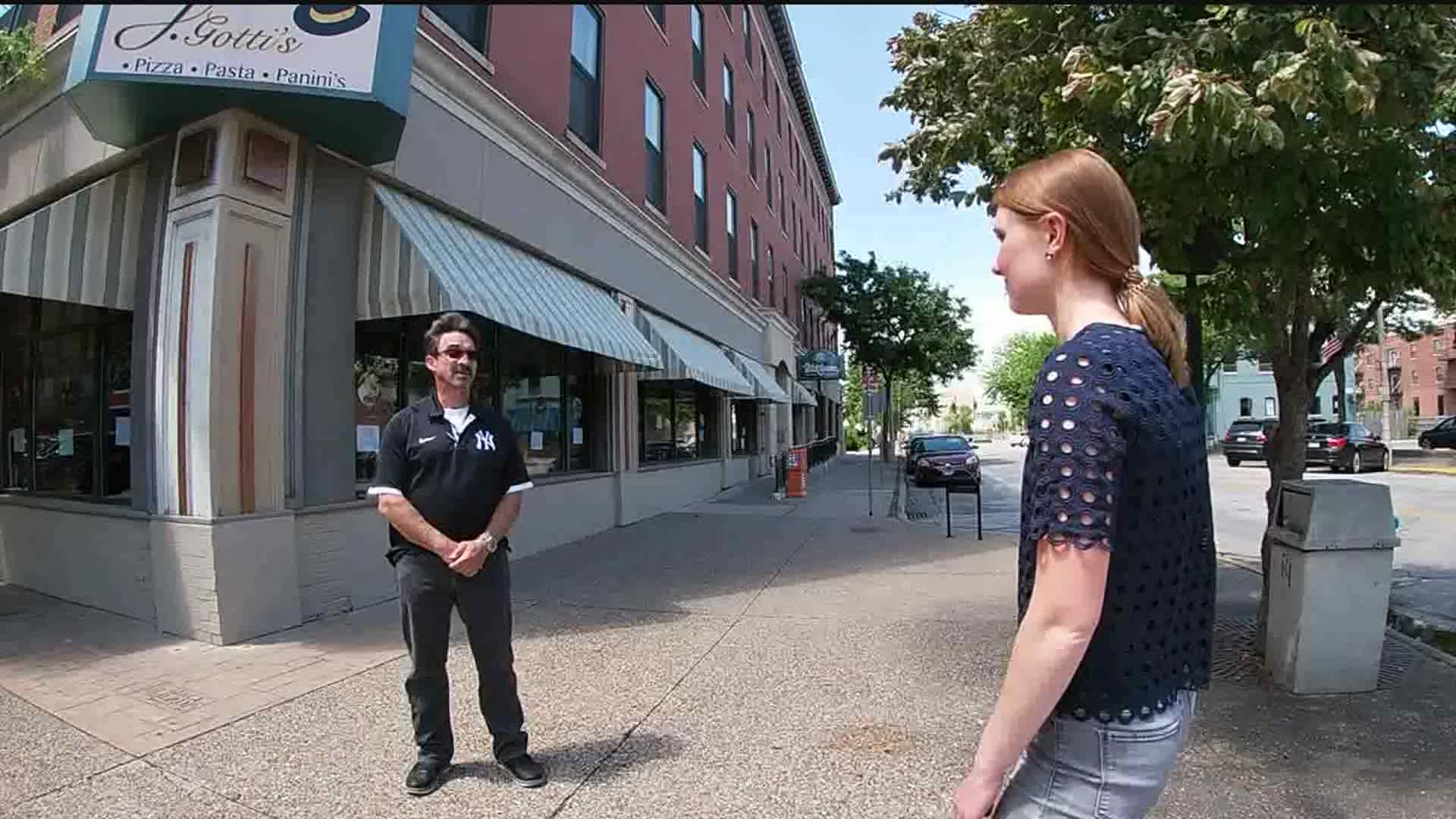 There are new curfews for Scott County, the City of Clinton, plus five other communities on the Illinois side of the Quad Cities.  Citizens are asked to stay home from 9PM to 5AM Tuesday morning.  That time period is in affect for Scott County and the cities of Rock Island, Silvis, Moline, East Moline, and Milan.

"I'm not going to be able to sleep tonight, I'm not," says John Gottilla, the owner of J Gotti's Pizza Pasta and Paninis in Rock Island.

"It's all over Facebook that they're coming here," comments Gottilla.

After Sunday evening's events, Gottilla got word a group of rioters might do the same Monday night, but this time in Rock Island.

"They're organized and that's the scary part," Gottilla says.

"Chances are if it popped up there last night it could pop up here tonight," says Betsy Huston, a Davenport resident.

"I don't want to be put in a predicament where I need to come down here and save my business," says Gottilla, who says he will be watching his security cameras all night.

His restaurant has been closed for two months due to the COVID-19 pandemic, and all he wants is his restaurant to be in one piece Tuesday morning.

"It took a prayer and some extra money to reopen the doors again and now this," Gottilla says.

There are a few exceptions to the curfew like people going to and from work, members of the local media, and government officials.