At least a dozen parents attended the School Board Workshop discussion on Tuesday to voice concerns over edited yearbook photos that have since gone viral. 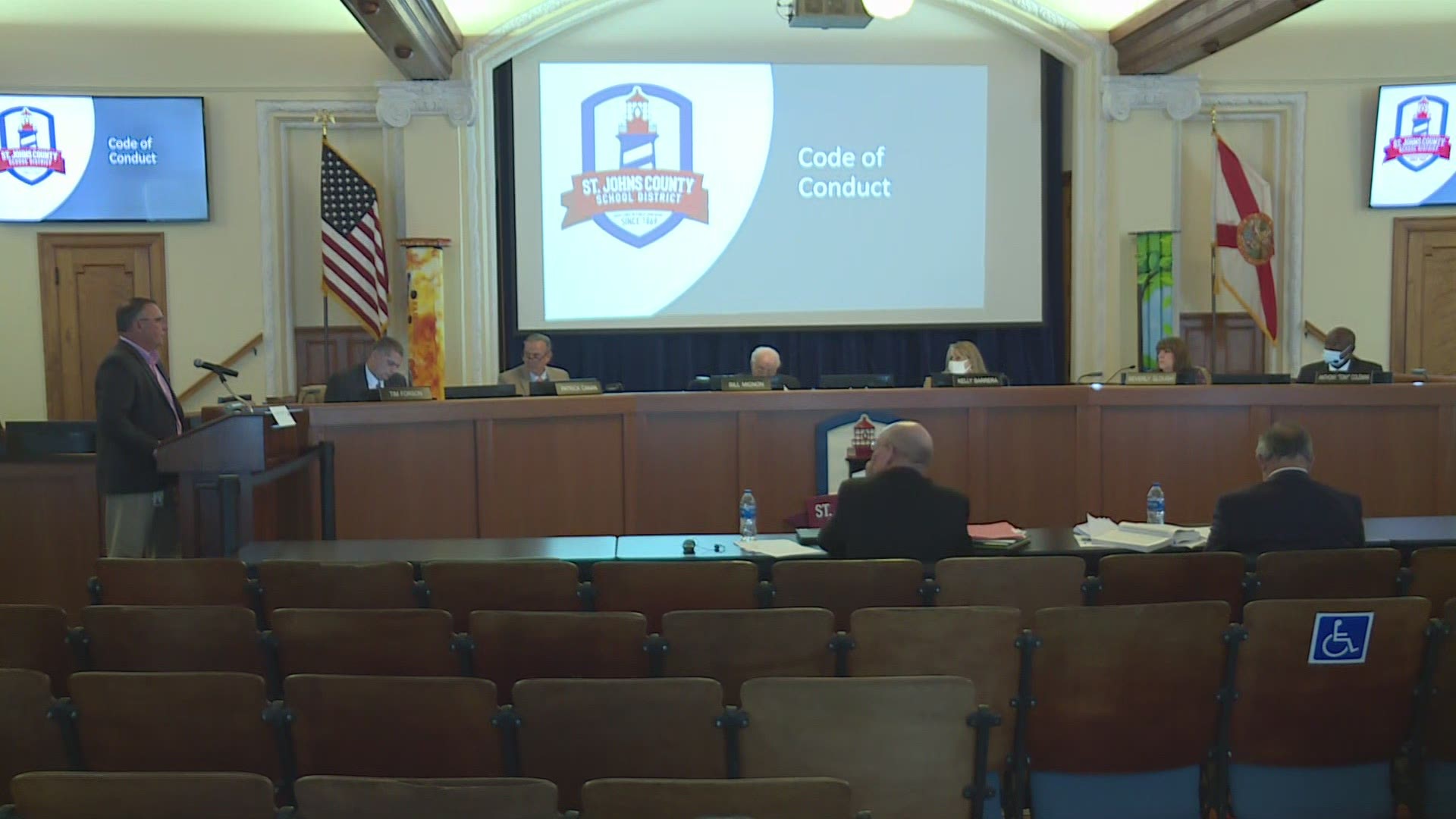 JACKSONVILLE, Fla. — At least a dozen parents and students joined in on the School Board Workshop discussion Tuesday to voice concerns over altered yearbook photos that have since gone massively viral.

Some girls joined the meeting wearing the same shirts that were deemed too inappropriate to run in their school's yearbook.

The concerns stem from over 80 edited photos that appeared in the Bartram Trail High School yearbook that were crudely edited to cover up the chests and bare shoulders of teen girls.

The men's swim team photos in speedos were left untouched.

Some of the dress code revisions recommended Tuesday to the school board include removing the term 'modest' and defining the term 'distracting' so it's not subjective.

There was also a recommendation to move away from the 4-inch measurement requirement for skirts.

There was also a recommendation that the measurement for shorts and skirts to be “not any shorter than fingertip length or mid-thigh, whichever is shorter” to recognize that different students have different body types.

They also hope to remove the standards that separate boys and girls. The board agreed that standards are for all students.

The board will vote on these recommendations at the next school board meeting in June.

Riley O’Keefe is at the school board workshop wearing the same shirt she wore in her yearbook photo which was edited to cover her chest. She tells @FCN2go she’s worn this shirt “150 times” to school and her mom has even confirmed with the school that it is in dress code. pic.twitter.com/iHhLPoETcI

"Certainly it would never be our intent to embarrass or call out kids or to do something that doesn't treat them with great respect," St. Johns County Schools Superintendent Tim Forson said. "So, the first thing is to apologize for the way this has played out."

A spokesperson from St. Johns County Schools said the choice to edit the photos was within the school district's policy, which states:

"All images in ads and all individual student pictures must be consistent with the St. Johns County School District Student Code of Conduct or may be digitally adjusted."

At @FCN2go, our @LeahShieldsNews had been following the issue of dress codes in St Johns County for a while now.

We will keep you updated on this story in the week ahead https://t.co/JvDbdAkFGD

Forson said there was nothing the yearbook sponsor teacher did to deserve any disciplinary action.

"It is something we need to be better, and we need to support her and how we move forward with it," Forson said. "But, it's not something that would cause discipline or employee discipline for this particular situation."