Customers spent more than $3 million on recreational marijuana products in Illinois on the first day of sales. 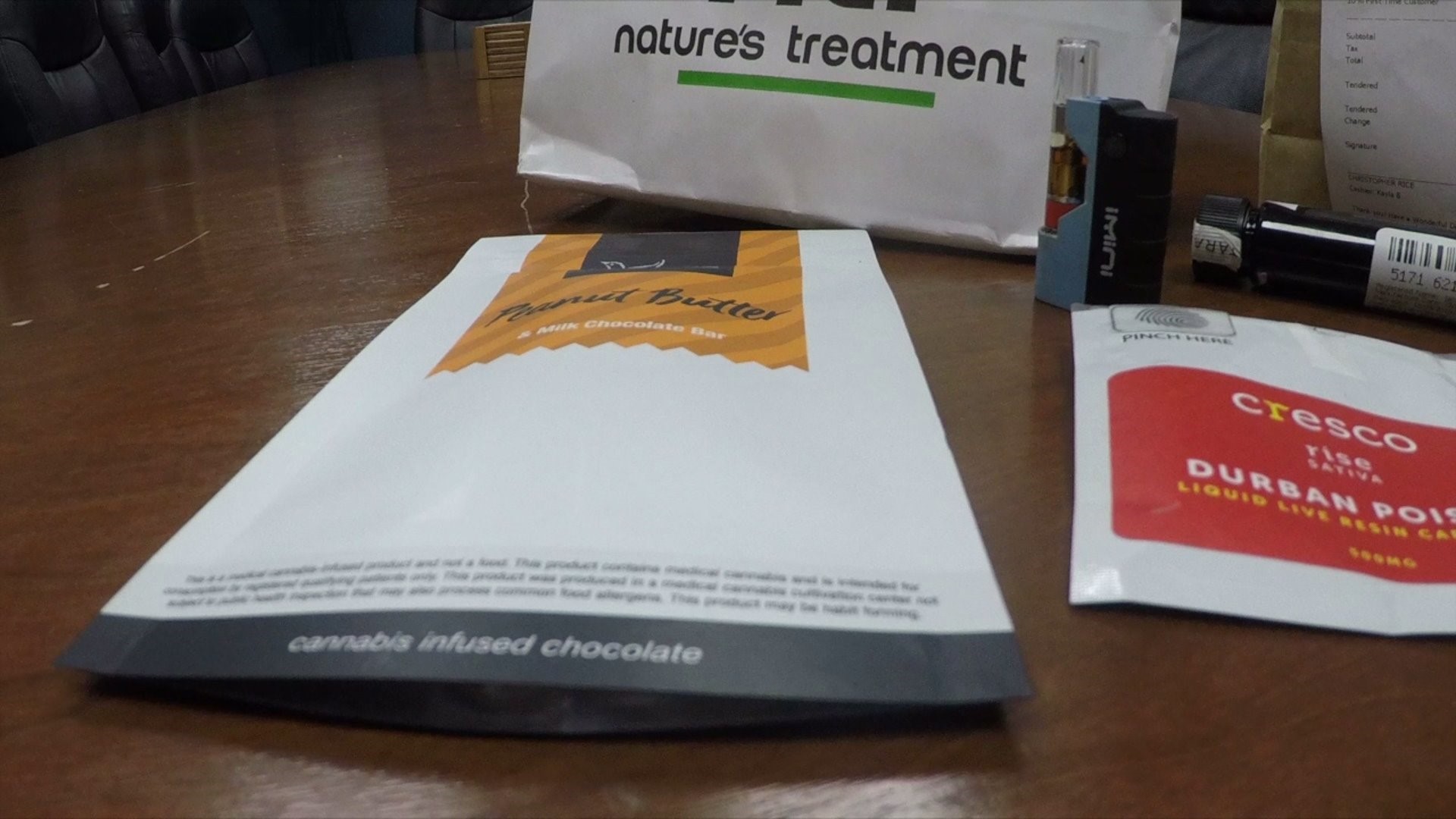 MOLINE, ILLINOIS-- Customers spent more than $3 million on recreational marijuana products in Illinois on the first day of sales.

Marijuana sales are expected to generate $250 million over the next two years.

760 people walked through the doors at Natures Treatment of Illinois on the first day of legalization.

On Wednesday the 2nd of January,  only 250 tickets were handed out to recreational buyers.

He waited for more than five hours to make his first legal purchase at Natures Treatment of Illinois.

He paid $58 for  Durban Poison liquid for his vape and he also bought a peanut butter milk chocolate bar.

Chris says these prices are not sustainable and if they don't fall, people will turn to their connections.

The lack of competition here in the Quad Cities is the main reason prices are so high. Chris believes that without more licensed vendors and growers, buyers will continue to pay through the nose for products.

Chris is a medical marijuana card holder, he says even on the medical side, things are expensive.

Chris waited 30 years for cannabis to become legal in Illinois but according to him if prices don't come down soon, the black market for pot will boom.