“We probably could have sold the hotel over twice yesterday - easily"; QC hotel business surges after Monday's Derecho leaves thousands without

Area hotels see rooms book up after bookings went down during the pandemic. 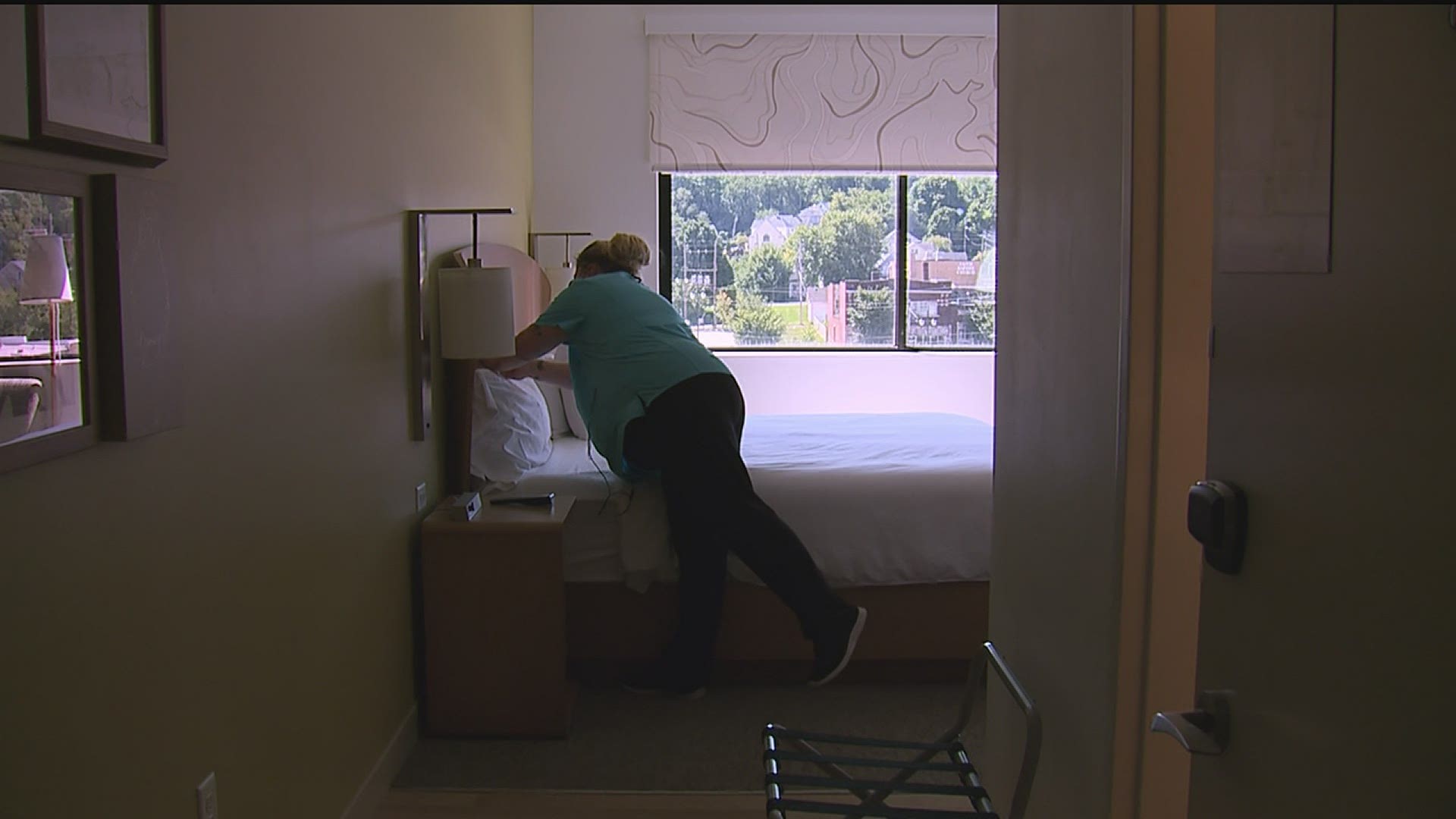 MOLINE, Illinois — With thousands out of power after Monday's storm, Quad City area hotels say they are slammed with guests.

"The day before we only did like nine checkouts," says Kimberly Wright, Element Hotel Housekeeping Manager. "So, then the next day we ended up doing 96."

With 10 times more guests than the hotel is used to during the pandemic, all hands were on deck.

"Yesterday (Tuesday) we did a couple ourselves just to help them out because they were pretty tired," says Amanda Deney, Element Hotel Housekeeping Supervisor.

"We lost power after the storm," says Wade Rogers, a guest at the Element. "We had a window blown out, we had a couple of big trees, a transformer in the alley blew."

Rogers says he lives in Rock Island and he and his family needed a place that allowed dogs.  They say they were one of the lucky ones to snatch a room.

"We had 200 people wanting to stay," says Nick Holke, Element Hotel General Manager. "We are a busy hotel, but it was just a different kind of busy - we got caught off guard."

Holke says phones still ring Wednesday, but nothing like Monday.

"When Monday hit we were expecting a 30% occupancy and we ended up doing 100%. We probably could have sold the hotel over twice yesterday, easily."

Rogers says they'll stay at the hotel one more night whether their power is back on or not.

"I'm sure they have to get to the masses before the individuals so we are just waiting to be notified," Rogers explains.

Employees at the hotel says the hustle and bustle was a well received change of pace.

"With it picking up it was actually kind of nice," says Deney. "We got to stay here longer and it felt like it did before."

Holke says they offered guests discounted rates their second night due to the unexpected storm.