Pleasant View Baptist Church’s Sunday service was accompanied by the shouts of protesters speaking against the events of a controversial gathering that to... 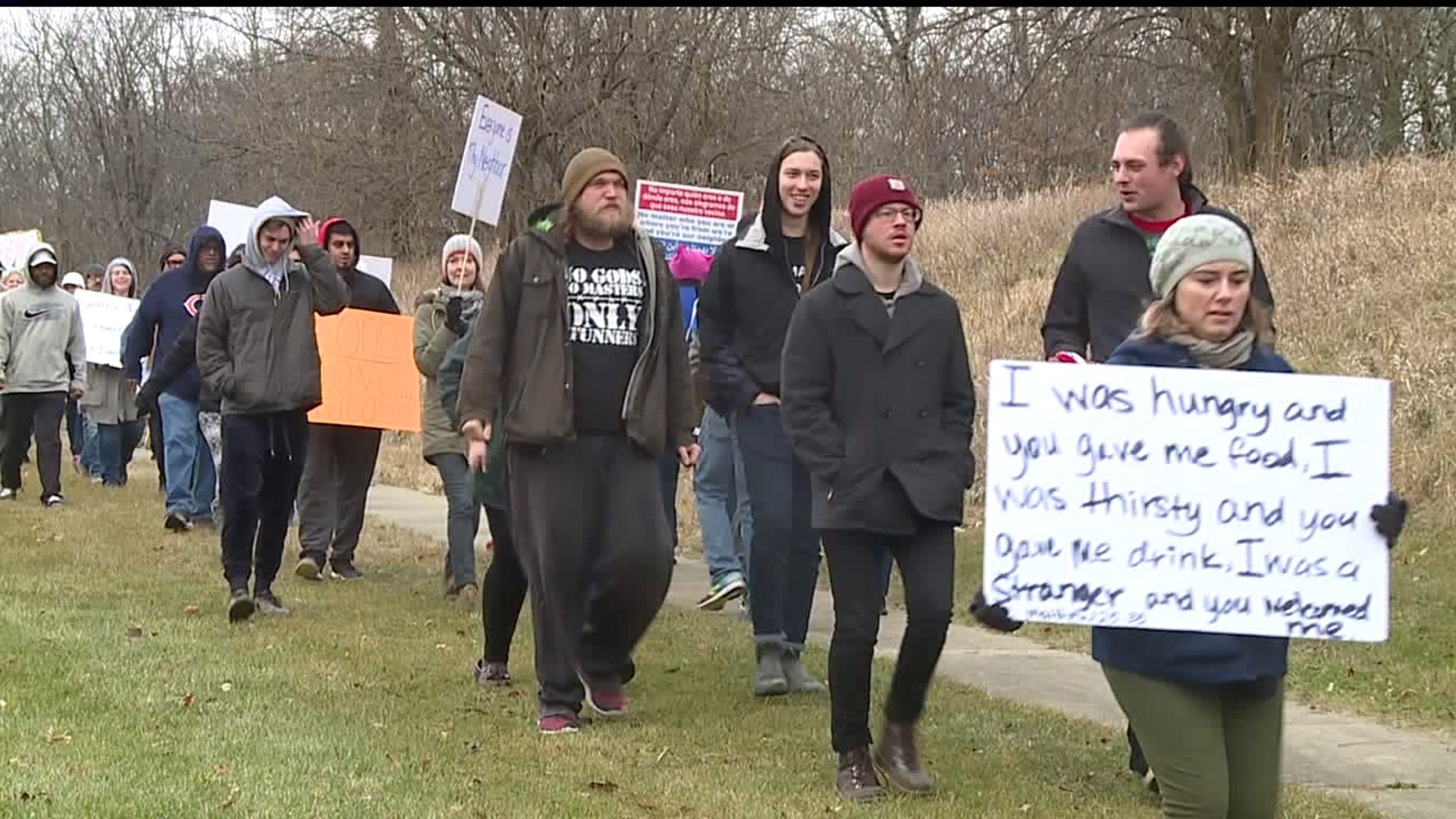 People from the community as well as many church-goers gathered to demand responsibility from the church after the site was home to an forum on illegal immigration organized by the Scott County Teenage Republicans.

Detractors before and during the protest said they believe many of the statements made at the forum spread a racist, white nationalist message.

The backlash was furthered by the appearance of self-described nationalist, Nicholas Fuentes, who was not listed on the event's program. Fuentes's appearance caused Iowa congressional candidate Bobby Schilling to fire his campaign political coordinator, who Schilling says admitted that he allowed Fuentes to speak.

Pleasant View Baptist Church pastor Ed Hedding previously released a statement saying that the church did not plan or organize the event and disavowed the opinions expressed by the speakers.

"We did not plan nor organize the event," Hedding said on Dec. 5. "Nicholas Fuentes’ presence was a surprise to us and the entire audience. His veiled speech masked ideas that are quite unchristian and unsupported by Pleasant View Baptist Church."

However, protesters aren't happy with the extent of this response. The crowd shouted out that they want the church to take more responsibility and that a simple apology doesn't right the wrong.

"Somebody should've stood up and said this is not good," protest organizer Athena Gilbraith said. "'What you`re perpetuating out into the community is not good and it needs to stop right here right now.' And not a single person did that... The ironic thing is that what happened at the church was the farthest thing from love."