In a one-on-one interview with News 8, Elizabeth Warren sited reasons that date back all the way to April when the Mueller report came out. 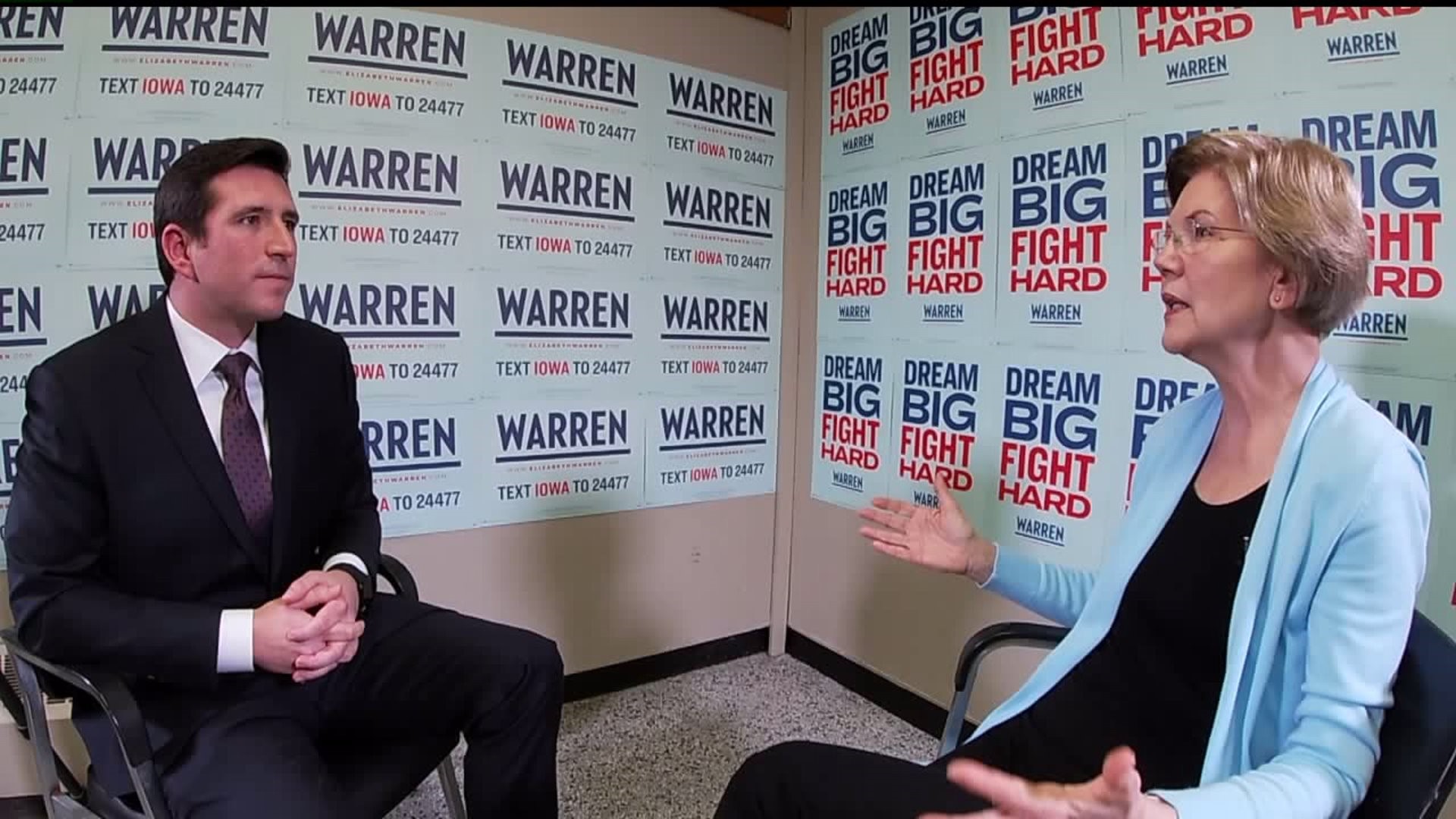 She spoke with News 8 during a campaign stop in Clinton on Saturday, December 14.  She talked about her views on the upcoming Democratic debate, the ongoing conversation in the Democratic party about changing the order of primary states, and scrutiny surrounding her work with corporate clients as a lawyer.

Senator Warren also said she supports the impeachment of President Trump, and has ever since the Mueller report came out in April.

"So when I got to the end of the report, I said, it just seems obvious to me, we need to start an impeachment process," she said. "Because my concern was that if we didn't that Donald Trump would just break the law again."

Warren said she would not cross the picket line to participate in the Democratic debate at Loyola Marymount University unless the labor dispute there is resolved.  The other six candidates who have been invited to the debate stage have said the same thing.