In a virtual conference on Monday, state republicans blasted the tax, which proponents say is the fairest way to help move Illinois out of its budget deficit. 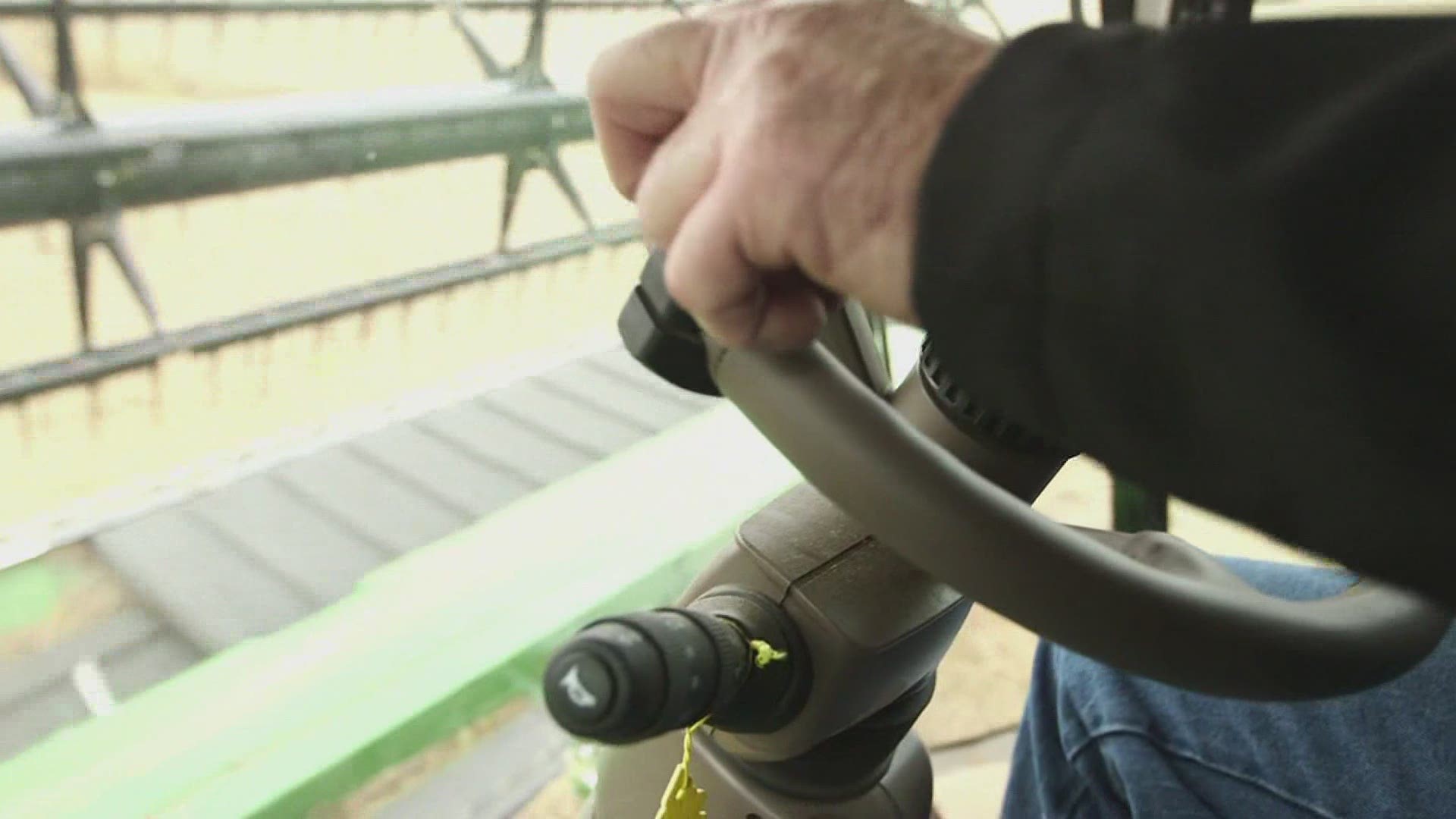 MOLINE, Ill. — Of the many choices facing Illinois voters on this years' ballot, the 'Fair Tax' has been one of the most contested. The proposed amendment would move Illinois' income tax from a flat rate to a gradual.

The state is currently only one of a handful of states to have a flat rate tax. Right now, all residents pay the same, fixed rate: 4.95%. In the offered gradual tax, Illinois would be split into brackets, which those making more money paying a higher rate of taxes.

Only individuals and families making above $250,000 a year would see their rates go up, with the top three brackets being taxed 7.75, 7.85 and 7.99 percent, accordingly. Those making below that amount would see no change, or a minimal decrease.

Supporters of the proposal have spent millions to get it passed, and say it's the fairest way to generate more revenue for a state dealing with a looming budget deficit. Last month, a survey conducted by the University of Illinois Springfield found that two-thirds of those polled supported the amendment, which needs 60% approval in this election to pass.

RELATED: How the proposed changes to Illinois' income tax could impact you

But opponents say the generated income won't be enough to close the deficit entirely... which opens the door to higher taxes for everyone down the road.

On Oct. 19, leaders of the Illinois House Republicans held a virtual conference with the National Federation for Independent Business (NFIB) and an Illinois farm family.

Deputy House Minority Leader, Tom Demmer (R-Dixon), blasted the proposal as too much, on top of an already heavy burden.

Jim Durkin (R-Western Springs) agreed, stating "it's issues like this that just rings as disingenuous of how we respect or how we treat the backbone of our Illinois economy."

He continued, stating the proposal would 'destroy' small businesses and farms, or "the ones who are going to be hurt the most."

The Illinois Farm Bureau has come out in opposition of the tax proposal as well, stating that most of their over 80,000 members agreed during several annual review processes.

"The reason we're opposing the ballot measure is very simple," said Kevin Semlow, Director of State Legislation for the Illinois Farm Bureau. "Our members truly feel the flat rate is the best way. The proposal allows the general assembly to remove the accountability it has on itself to tax payers."

Don't forget to cast your ballot today for the #2020Election! Click the link to find your local early voting hours and locations: https://t.co/RiWAPccKeN. pic.twitter.com/Tu5kdxxGRQ

The bureau fears that with specific brackets of tax rates, Illinois law makers can increase the rates of a certain tier during different election cycles. Their concern, they stated, is that these increases will be easier to pass since it'll be smaller portions of the voter population who will be impacted.

"That's the way they've written the state law to be implemented, and that can be simply changed by a simple majority at any time by the general assembly. And we anticipate that will happen on a more regular basis," said Semlow.

They also say the current tax rates are already on a ramped scale, since 4.95% of a higher income generates more taxes for that person, which they believe is fair.

"Instead of saying, well, just because these people make more, they should have a higher rate... that's not fair in our members opinion. It should be based on the amount of income you generate."

When pressed on Illinois' current budget deficit, with a flat rate income tax, Michael Zecher, President of the Mercer County Farm Bureau, warned that the concern lies in the precedent being set.

"The state of Illinois has a definite problem with sticking to a budget," he said. "And one of the catches behind this current proposal is that it really doesn't come anywhere even close to meeting the deficit that the state experienced when they passed their budget this year."

RELATED: COVID-19 relief, stimulus checks may be far off as Tuesday deadline looms

He says that projected models of the progressive tax won't be enough to cover all of the states' deficit, which could lead to increased taxes in the future.

"While it is true the two lowest brackets in the proposed progressive tax would see a tax rate decrease, it's still not gonna make the needs of what our state needs in order to balance the budget," said Zecher.

The bureau knows it's going to be a fight to the end to get enough "no" votes on this measure. They say they've been aggressively campaigning, through weekly education publications sent out to members, yard signs, billboards and radio advertisements.

"We know most of our members are supportive of our position to ask for a 'no' vote," said Semlow. "The voters are gonna have to make a tough decision."

And to Zecher, spreading the word about this amendment is important because it won't just be farmers who are impacted.