It wouldn’t be the first time an American leader has tried to buy the world’s largest island, but the Danish Prime Minister claim Greenland is not f... 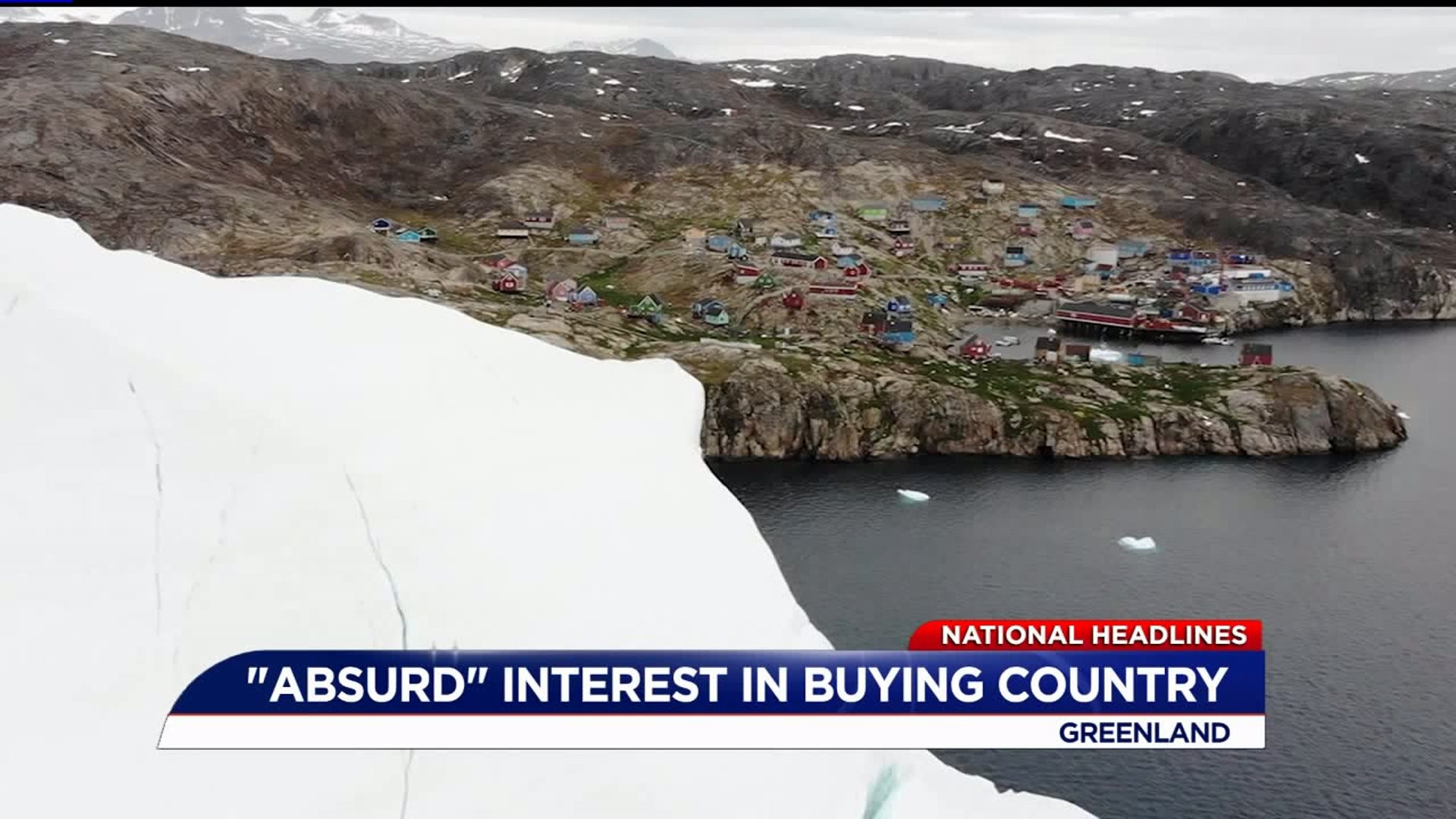 COPENHAGEN, Denmark (AP) — Greenland is not for sale and U.S. President Donald Trump's idea of buying the semi-autonomous Danish territory in the Arctic from Denmark is "an absurd discussion," Denmark's prime minister said.

Mette Frederiksen, who was visiting the world's largest island to meet Premier Kim Kielsen, told reporters: "Greenland is not Danish. Greenland is Greenlandic. I persistently hope that this is not something that is seriously meant."

Frederiksen said Sunday that the Arctic, with resources that Russia and others could exploit for commercial gain, "is becoming increasingly important to the entire world community."

Retreating ice could uncover potential oil and mineral resources in Greenland which, if successfully tapped, could dramatically change the island's fortunes. However, no oil has yet been found in Greenlandic waters, and 80 percent of the island is covered by an ice sheet that is up to 3 kilometers (1.9 miles) thick, which means exploration is only possible in coastal regions.

Even there, conditions are far from ideal due to the long winter with frozen ports, 24-hour darkness and temperatures regularly dropping below minus 20 Fahrenheit (minus 30 Celsius) in the northern parts.

Trump is expected to visit Denmark Sept. 2-3 as part of a trip to Europe.

Trump said Sunday that he is interested in the idea, but it's not a priority of his administration.

"Strategically it's interesting and we'd be interested, but we'll talk to them a little bit. It's not No. 1 on the burner, I can tell you that," the president said.

It wouldn't be the first time an American leader has tried to buy the world's largest island. In 1946, the U.S. proposed to pay Denmark $100 million to buy Greenland after flirting with the idea of swapping land in Alaska for strategic parts of the Arctic island.

Under a 1951 deal, Denmark allowed the U.S. to build bases and radar stations on Greenland.

The U.S. Air Force currently maintains one base in northern Greenland, Thule Air Force Base, some 1,200 kilometers (745 miles) south of the North Pole. Formerly military airfields in Narsarsuaq, Kulusuk and Kangerlussuaq have become civilian airports.

The Thule base, constructed in 1952, was originally designed as a refueling base for long-range bombing missions. It has been a ballistic missile early warning and space surveillance site since 1961.

Frederiksen, who became prime minister June 27, was on a planned two-day trip to Greenland before traveling to nearby Iceland for a meeting of the Nordic prime ministers.

"Thankfully, the time where you buy and sell other countries and populations is over. Let's leave it there. Jokes aside, we will of course love to have an even closer strategic relationship with the United States," Frederiksen said.