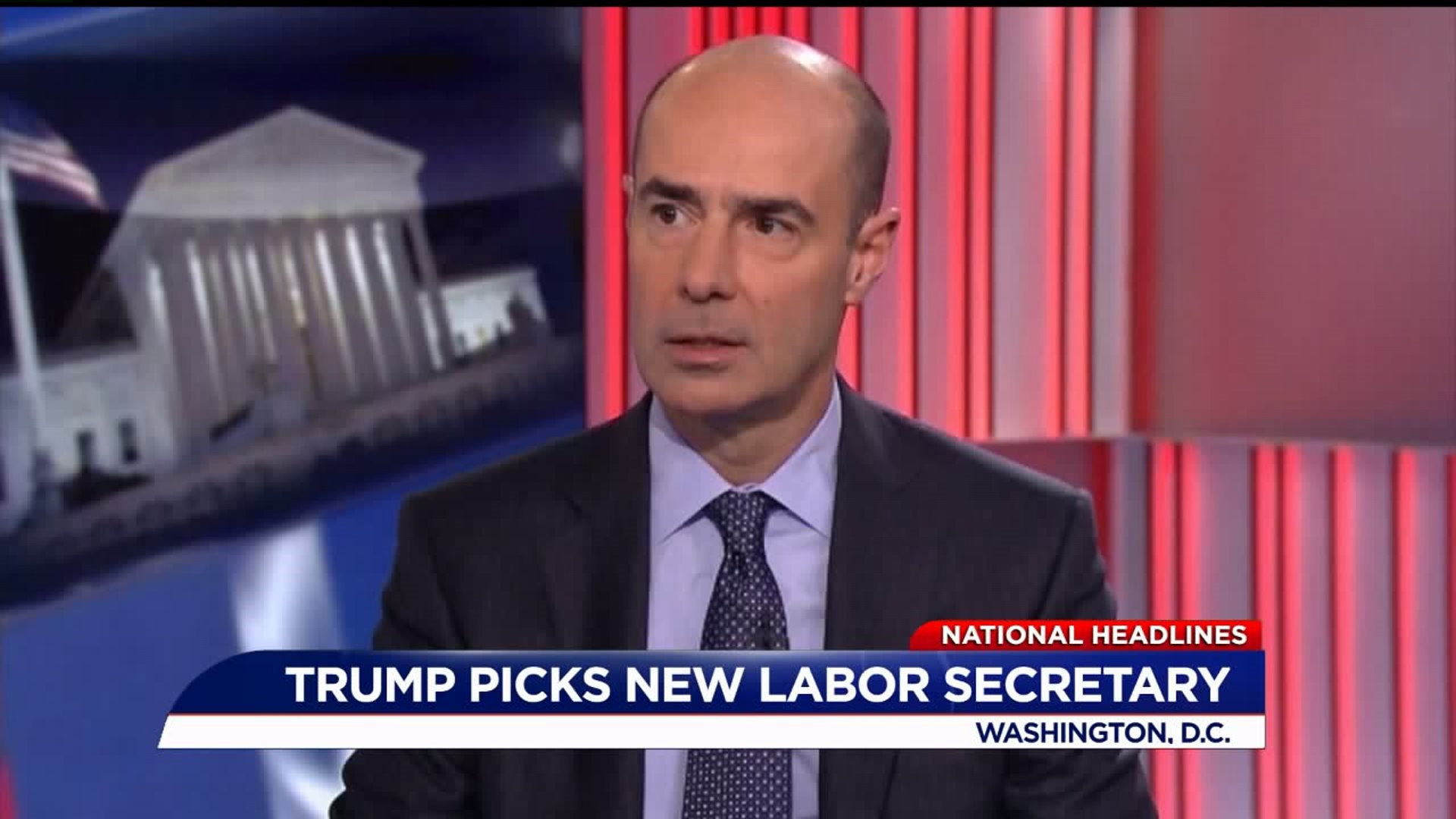 (CNN) -- President Donald Trump announced on Thursday that he will nominate Gene Scalia, former Justice Antonin Scalia's son, as secretary of labor -- replacing Alex Acosta, who resigned over the fallout from theplea deal he negotiated for Jeffrey Epstein in 2008.

"I am pleased to announce that it is my intention to nominate Gene Scalia as the new Secretary of Labor. Gene has led a life of great success in the legal and labor field and is highly respected not only as a lawyer, but as a lawyer with great experience working with labor and everyone else," Trump tweeted Thursday. "He will be a great member of an Administration that has done more in the first 2 ½ years than perhaps any Administration in history!"

Politico was first to report that Trump was likely to nominate Scalia.

Scalia will replace Acosta, the former Labor secretary who resigned following backlash over his role in negotiating a 2008 plea deal as the US attorney in Miami with Epstein, a well-connected multimillionaire.

Epstein avoided a federal trial at the time and served only 13 months in prison for state prostitution charges over his involvement with underage girls. A Miami Herald investigation published last November described the plea deal, negotiated by Acosta, as the "deal of a lifetime."

Trump announced Acosta's resignation last week, to be effective Friday. He said at the time that Acosta would be replaced on an acting basis by the current deputy secretary, Pat Pizzella.

Scalia is currently a partner at the law firm Gibson, Dunn & Crutcher in Washington, with a range of legal experience on labor and regulatory issues, according to his firm biography. In 2017, Scalia represented Bank of America against the Federal Deposit Insurance Corporation in a lawsuit alleging that the bank owed $542 million to the government agency, which insures people's deposits against a bank failure.

Scalia previously served as the Labor department's top lawyer in 2002 under then-President George Bush, and as a special assistant to then-first time Attorney General Bill Barr at the Department of Justice in 1992.

Scalia has praised the friendship between his late father, Supreme Court Justice Antonin Scalia, and fellow justice -- and near ideological opposite -- Ruth Bader Ginsburg.

"Whenever you have two such important, accomplished people who have a rich friendship like that, there's something to be learned from it," the younger Scalia told CNN's Poppy Harlow and Jeffrey Toobin last August.

"Their ability to engage on ideas and yet respect one another's abilities and maintain a friendship is an instructive lesson," he added. "And I think they would both heartily agree that we want to have people on two sides of an issue to explain what the right answer is."