PALM BEACH, Florida– President Donald Trump is on pace in his first year to surpass former President Barack Obama’s spending on travel for his entir... 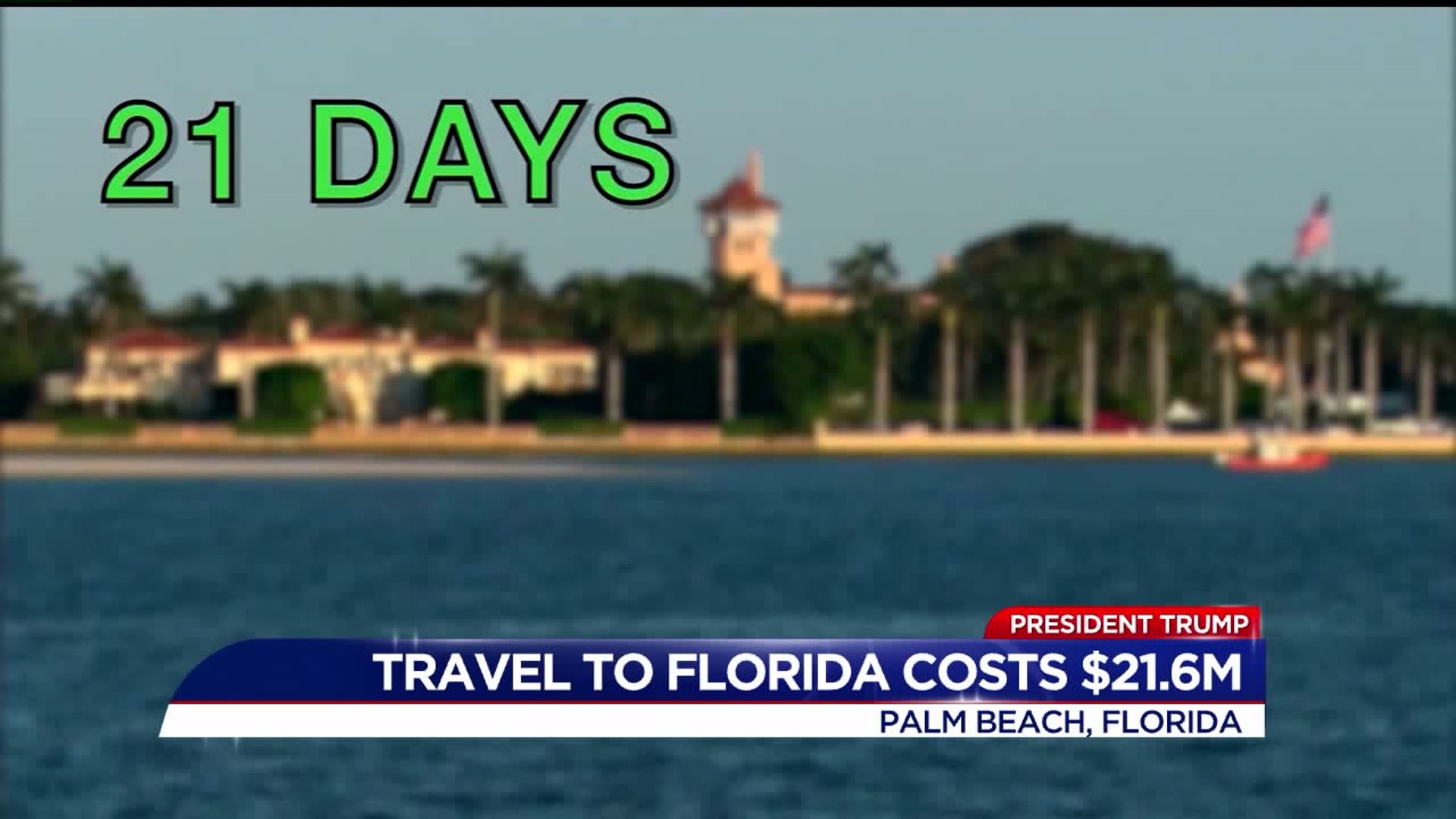 The President arrived in Palm Beach Florida Thursday night and will stay there through Easter Sunday. Since becoming president, Trump has spent 6 weekends, 21 days total, at his club in Florida. The total price tag of those trips? $21.6 million, paid for by taxpayers. That's more than any president before him.

The White House is playing defense, with Press Secretary Sean Spicer explaining, "Presidents always travel.
The President, wherever he goes, he carries the apparatus of the White House with us. That is just something that happens."

Costs are also climbing around the president's Trump Tower in New York City. While he hasn't traveled there as president yet, it's still First Lady Melania and their son Barron's home. New York City officials say it costs more than $100,000 a day to protect them.

The Secret Service has even weighed in, saying they're stretched thin covering the Trump family.

In the first two months of Trump's presidency, his adult children traveled to Vancouver, Dubai, Uruguay, and Aspen, bringing their own secret service contingents with them. The agency says they've had to pull dozens of agents from around the country from their normal criminal investigations to work for two week rotations to protect members of the Trump family.

The Homeland Security Secretary admits the burden. That's why he's requesting additional funding from Congress, explaining, "They need a lot more agents - not just because of the Trump era, although that is additional because he has a lot of children, grandchildren." The Secretary adds, "We need a larger Secret Service - because we need to get some of these people a little bit of time at home with their families."

First Lady Melania and four of the president's children are joining him in Florida this weekend.