Trump has been impeached, but he’s still President. Here’s what happens next.

(CNN) — President Donald Trump was impeached by the House of Representatives in a near party-line vote Wednesday. He is still the President. What comes ne... 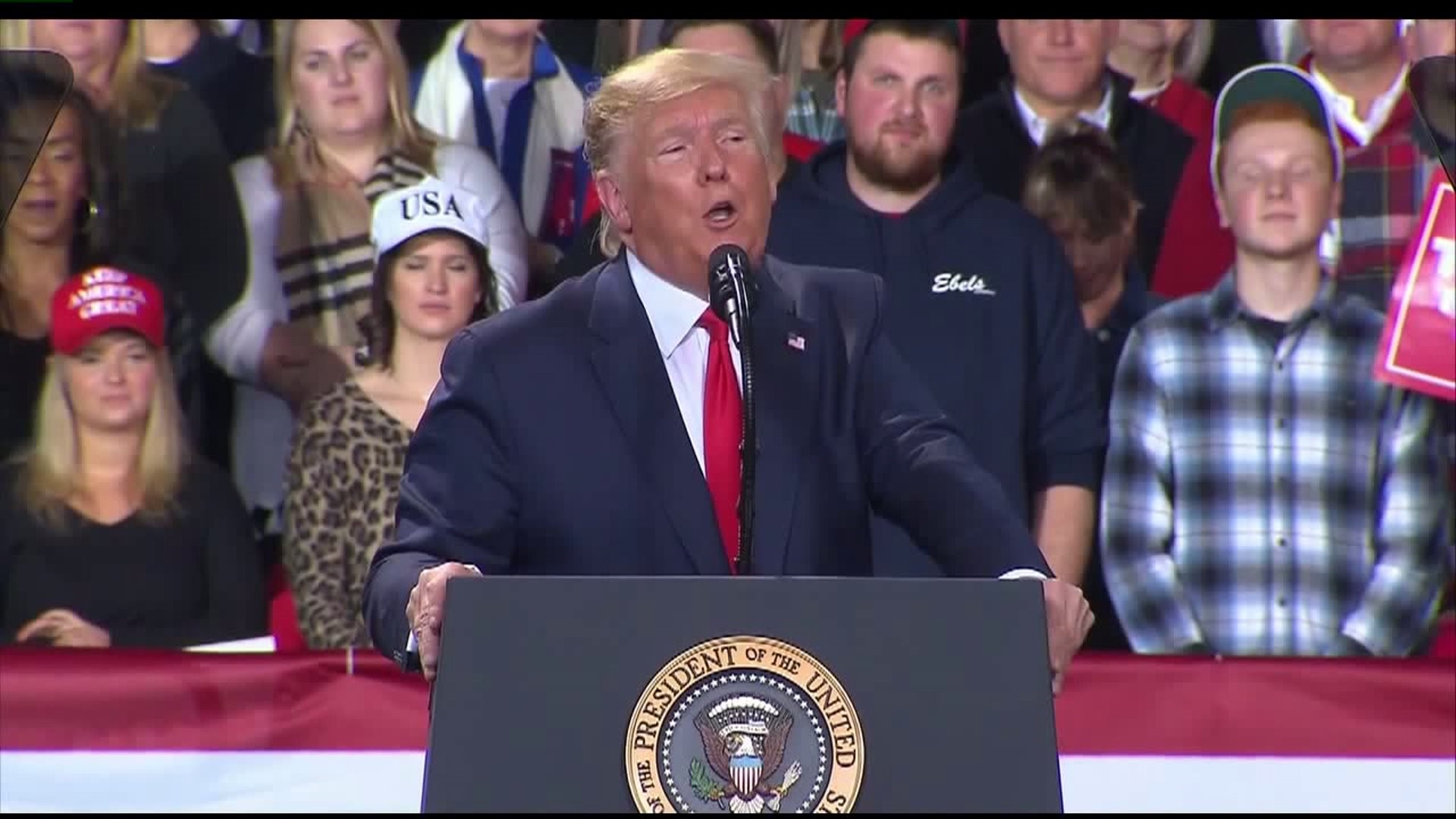 (CNN) -- President Donald Trump was impeached by the House of Representatives in a near party-line vote Wednesday. He is still the President.

What comes next is a trial in the Senate early next year that could, but probably won't, cost him the White House.

So what happens now?

House Speaker Nancy Pelosi would not commit Wednesday night to sending the two articles of impeachment to the Senate.

"That would have been our intention, but we'll see what happens over there," the California Democrat signaled at her news conference.

Some progressives have urged Democratic leaders to withhold the articles until Senate Majority Leader Mitch McConnell, a Kentucky Republican, agrees to procedures for the trial that Democrats have called for, as well as agreeing to bring in firsthand witnesses like acting White House chief of staff Mick Mulvaney to testify.

Pelosi said Democrats will make the decision "as a group" on when to send the articles to the Senate. It's not clear what advantages there might be in holding on to them.

There are procedural concerns, however, behind not sending the articles Wednesday night: The Senate would have to take them up Thursday, and that would shut down action there, which could mess with a must-pass spending bill. The House also has to name impeachment managers for the trial.

"We cannot name managers until we see what the process is on the Senate side, and we hope that will be soon," Pelosi said. "So far we haven't seen anything that looks fair to us, so hopefully it will be fair."

How the historic vote went down

The House exercised its constitutional right to charge Trump with high crimes and misdemeanors through votes on two articles of impeachment that will be familiar, at this point, to most Americans and now headed for the history books:

One independent supported impeachment and two Democrats opposed both articles of impeachment, along with every Republican. One Democrat split votes, supporting the abuse of power article but not obstruction of Congress.

The obstruction of Congress article passed 229-198 with Gabbard voting present.

Gabbard, a Democrat from Hawaii who is running for President has not been supportive of the impeachment effort on the campaign trail. Her unique foreign policy views have made her something of a loner in the Democratic party recently.

Note: Gabbard did not qualify for the Democratic debate set to air Thursday night.

As the vote was conducted, Trump was at a "Merry Christmas" campaign rally in Battle Creek, Michigan, which is the district represented by Rep. Justin Amash, the former Republican-turned-independent who voted to impeach him. Trump delayed his appearance to watch the vote.

"After three years of sinister witch hunts, hoaxes, scams, the House Democrats are trying to nullify the ballots of tens of millions of patriotic Americans," he said.

Before Bill Clinton was impeached, he apologized for his behavior, which embarrassed and hurt his wife and teenage daughter as well as myriad others. Trump has shown no contrition at all over actions he thinks weren't wrong at all.

The impeachment has consumed his time, between dictating his irate letter to Pelosi, phoning his associates to vent into the wee hours and plotting his defense in a Senate trial, writes CNN's Kevin Liptak.

He has been ranting about impeachment in phone calls with Republican members of Congress over the last several days and nights, according to multiple GOP sources.

We know that Trump realizes impeachment is a stain on his presidency. CNN's KFile unearthed a 2014 Fox News appearance in which Trump explained the damage impeachment would do to Obama.

What's the will of the people?

One Republican held a mock moment of silence for the 63 million voters whose voice was being lost, he said, by Democrats ignoring their will.

House Minority Whip Steve Scalise drew jeers when he accused Democrats of hating Trump and hating Trump's 63 million voters. He called the effort against Trump an "impeachment in search of a crime."

Democrats failed to respond with the argument that in the Constitution the House is supposed to be the closest body to the people of the country -- and there was a midterm in 2018 that gave them power.

The case for history

Rep. John Lewis, the Georgia Democrat and Civil Rights icon gave a stirring speech in which he said history will remember this moment and lawmakers need to vote with that view in mind.

"When you see something that is not right, not just, not fair, you have a moral obligation to say something, to do something. Our children and their children will ask us, what did you do? What did you do? For some, this vote may be hard, but we have a mission and a mandate to be on the right side of history."

History may view the vote one way, but as Minority Leader Kevin McCarthy pointed out, in the immediate future Trump will still be President after this effort is over and, almost surely, after a Senate trial.

Dissent was not tolerated, on either side

The exceptions to the party line vote proved how partisan Trump's impeachment became.

Rep. Justin Amash, the former Republican from a swing district in Michigan, who was essentially chased from the GOP for his criticism of Trump, spoke on the House floor from the Democratic side of the aisle about his support for impeachment, rooted in Constitutional duty.

Another Democrat, Rep. Collin Peterson of Minnesota, who has not said if he'll be running for reelection, opposed both impeachment articles. Rep. Jared Golden of Maine supported impeaching Trump on abuse of power, but not for obstructing Congress.

If there was a Republican who might have supported impeachment, it was Will Hurd, the retiring moderate from Texas. But he turned against the effort, arguing that while he disagreed with Trump's foreign policy decisions, he hadn't seen evidence of impeachable offenses and he disagreed with the way Democrats moved through the impeachment process.

"Today, a dangerous precedent will be set," he said. "Impeachment becomes a weaponized political tool. We know how this partisan process with this evening, but what happens tomorrow? Can this chamber put down our swords and get back to work for the American people?"

Rep. Adam Schiff of California, who led the impeachment effort in the Intelligence Committee, argued the time is now to act against Trump since, he said, the impeachable behavior continues.

"The president and his men plot on. The danger persists. The risk is real. Our democracy is at peril," said Schiff.

"But we are not without a remedy prescribed by the founders for just these circumstances. Impeachment. The only question is will we use it or have we fallen prey to another evil that the founders forewarned, the excess of factualism, the elevation of party over country."

What are we doing here?

The President has invited foreign powers to interfere in the US presidential election and Democrats have impeached him for it.

Next up is a trial in the Senate to decide whether to remove him from office. It is a crossroads for the American system of government as the President tries to change what's acceptable for US politicians. This newsletter will focus on this consequential moment in US history.