Trump and China confirm agreement on ‘phase one’ trade deal

President Donald Trump says he’s agreed to a “Phase One” deal with China that includes “many structural changes and massive purchases of... 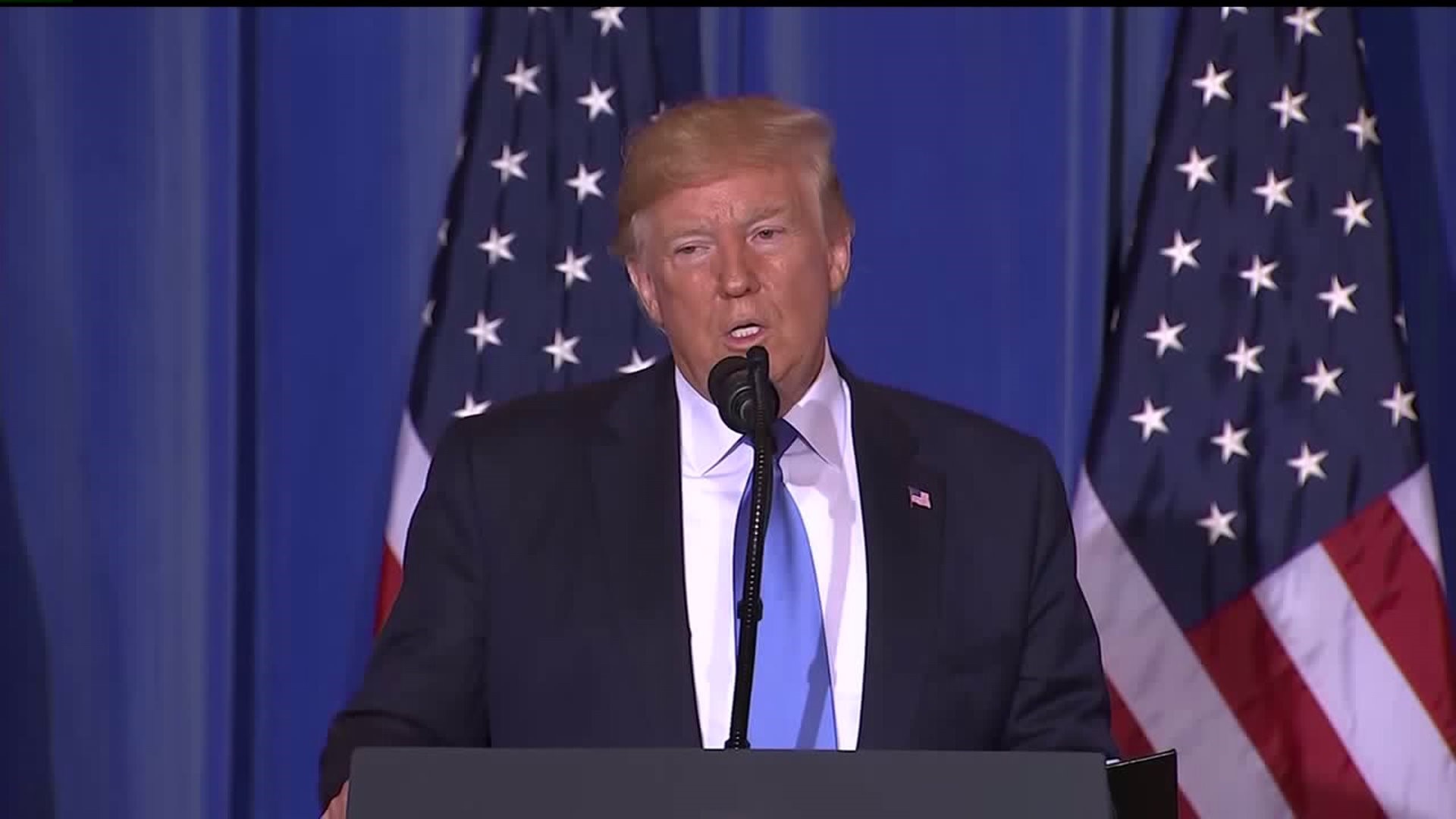 (CNN) -- President Donald Trump says he's agreed to a "Phase One" deal with China that includes "many structural changes and massive purchases of Agricultural Product, Energy, and Manufactured Goods, plus much more" -- effectively calling a truce in a war that has roiled financial markets and the US and Chinese economies.

On Twitter, Trump said some tariffs on Chinese goods would remain at 25% and said other tariffs would be reduced. He said a new round of tariffs set to take effect on Sunday would be canceled.

And he said negotiations over the next round of tariffs would begin immediately, and not after the 2020 election.

"This is an amazing deal for all. Thank you!" Trump wrote.

.....The Penalty Tariffs set for December 15th will not be charged because of the fact that we made the deal. We will begin negotiations on the Phase Two Deal immediately, rather than waiting until after the 2020 Election. This is an amazing deal for all. Thank you!

The deal -- if eventually finalized -- would amount to a boon for Trump's economic agenda. US and Chinese negotiators have been working for months to come to any type of agreement on easing a trade war that has roiled markets and caused global uncertainty. Major Chinese purchases of American farm products could bolster Trump among farmers.

But Trump has announced trade agreements with China before, only to see the promises stalled and talks break down. And many of the major disputes between the two counties that Trump entered office vowing the resolve remain in place, and are topics for the next round of negotiations that Trump says will start immediately.

Adding to the uncertainty, critical details of the agreement have not been disclosed, including how much US products, including farm goods, China would purchase.

A statement from the US Trade Representative Office suggested it would be a "substantial" amount in the "coming years." Chinese officials said details of those purchases would be released later.

Negotiators also still need to undertake a legal review and translation of the text agreement as a last step before an agreement is finalized. Both sides have agreed to complete those final stages as soon as possible.

Trump wrote his message as Chinese officials were briefing reporters on the deal in Beijing. Wang Shouwen, China's vice minister of commerce, said that a text has been agreed to covering areas including intellectual property, financial services technology transfer and US agricultural purchases.

"The Chinese side believes that as the top two economies of the world, China and the United States should bear in mind the larger interests in managing their economic and trade relations," Wang said. "Reaching the economic and trade agreement services the fundamental interests of our two peoples and people all over the world.

"Through the joint efforts of the economic and trade teams of the two countries, the two countries - based on equal and mutual respect - have agreed on the text of the phase one economic and trade agreement. The text of the agreement includes 9 chapters: preamble, IPR, technology transfer, food and agricultural products, financial services, exchange rate and transparency, increased trade, mutual assessment and dispute settlement - the final chapter," Wang said.

Chinese officials said that tariffs would be rolled back in phases, but they did not provide specifics on how or when the taxes would be scaled back.