A spokesman for the Blagojevich family said there hasn’t been an official notice yet, but have heard rumors of a commutation as early as this upcoming week. 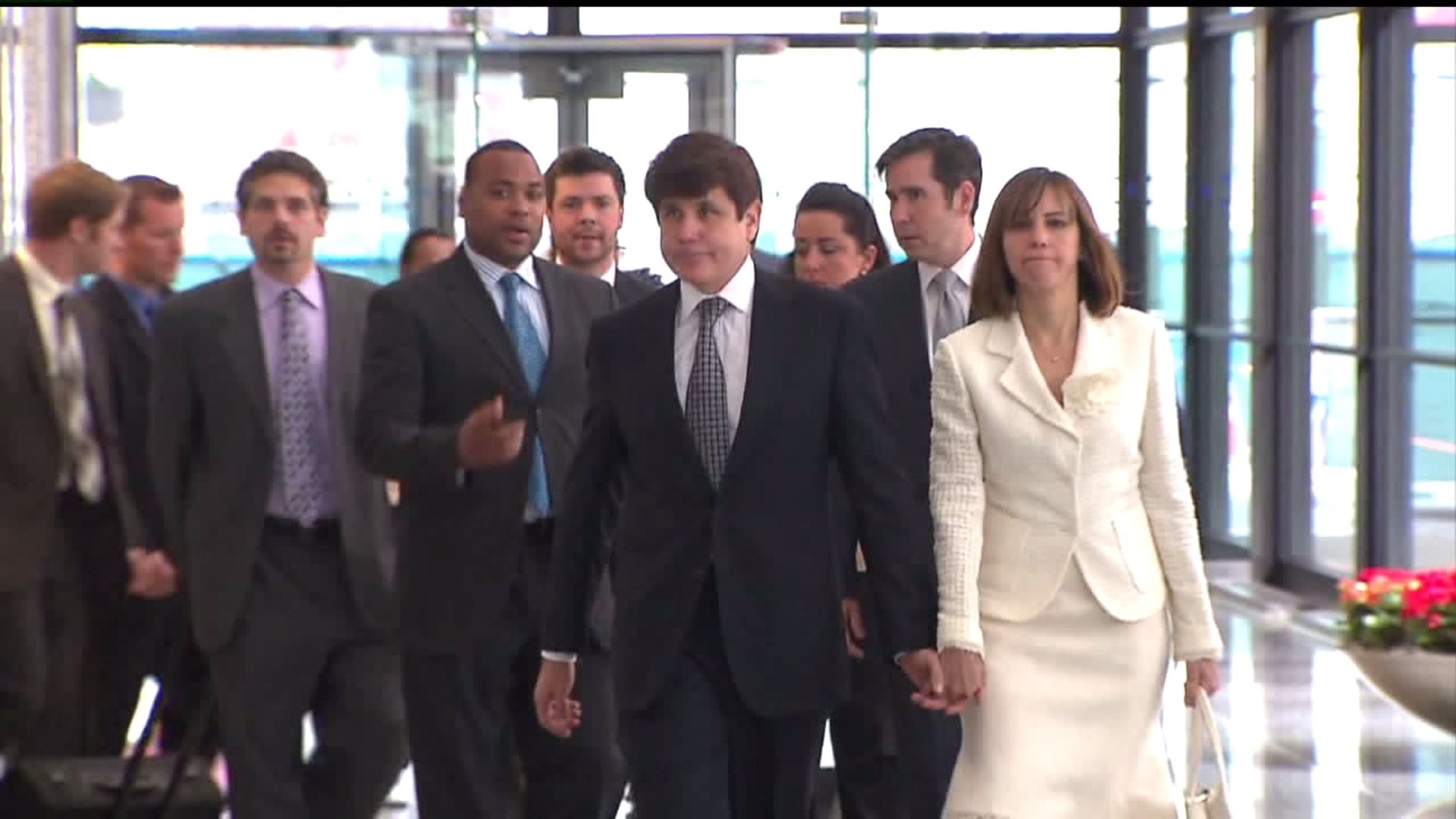 (CNN) -- President Donald Trump on Wednesday, August 7 again raised the possibility of commuting Rod Blagojevich's prison sentence, saying the former Democratic governor of Illinois has served "enough" of the 14 years he was given for federal corruption charges.

"His wife, I think, is fantastic and I'm thinking about commuting his sentence very strongly. I think it's enough, seven years," Trump told reporters aboard Air Force One while returning from El Paso, Texas, where he was meeting with victims of Saturday, August 3 mass shooting.

And Thursday night, the President tweeted: "Rod Blagojevich, the former Governor of Illinois, was sentenced to 14 years in prison. He has served 7 years. Many people have asked that I study the possibility of commuting his sentence in that it was a very severe one. White House staff is continuing the review of this matter."

The President said last year that he was "seriously thinking of a curtailment" of Blagojevich's sentence, which was handed down in 2011 after he was convicted on 17 charges for what federal prosecutors said was a wide-ranging corruption scheme in which the former governor and "Apprentice" star sought to award political handouts in exchange for financial benefits.

But this time, Trump's comments follow months of work at the White House to prepare for a presidential clemency action on the matter, according to a senior administration official.

The White House counsel's office has been analyzing Blagojevich's case in recent months and his file has been "vetted significantly," the official said. Jared Kushner, a senior adviser and Trump's son-in-law, has helped facilitate the process, the official said.

White House officials have also been fielding calls for the President to commute Blagojevich's sentence, including from prominent Democrats like civil rights leader Jesse Jackson.

Mark Vargas, a spokesman for the Blagojevich family, said the family has not received any official notice from the White House as of yet.

"We haven't heard anything yet, so we remain hopeful and kind of in a holding pattern," Vargas said.

That being said, Vargas has heard rumors about a potential commutation in the coming days.

"We've heard end of week, we've heard early next week," he said. "But we haven't been able to verify that."

Commuting Blagojevich's sentence would add to a growing list of individuals and celebrities to whom Trump has granted leniency but would risk angering Illinois Republicans, who have previously warned the President against letting Blagojevich off the hook.

"I thought he was treated unbelievably unfairly; he was given close to 18 years in prison. And a lot of people thought it was unfair, like a lot of other things," Trump said on Wednesday.

He added: "He's been in jail for seven years over a phone call where nothing happens -- over a phone call which he shouldn't have said what he said, but it was braggadocio, you would say. I would think that there have been many politicians -- I'm not one of them, by the way -- that have said a lot worse over the telephone."

Blagojevich was arrested in 2008 for engaging in a pay-to-play scheme that included an effort to sell an appointment to the Senate seat vacated by Barack Obama when he became President. During his trial, federal prosecutors presented recordings of Blagojevich discussing favors in exchange for the appointment.

Last summer, after Blagojevich officially asked Trump to commute his prison sentence, Illinois Republicans said that granting leniency to the disgraced ex-governor would be a mistake and send the wrong message to politicians who abuse their public offices for personal gain.

"I'm not going to talk about his thinking, but I think pardoning Blagojevich would be stupid," Illinois Rep. Adam Kinzinger said at the time.

Rep. Darin LaHood, a Republican who represents the area around the Illinois capital of Springfield, where Blagojevich was governor for six years, said last year that, "I would stress to the administration in the strongest possible terms that pardoning or commuting the sentence of Rod Blagojevich would be a mistake."

"It would send the absolute wrong message that the behavior that was engaged in by Rod Blagojevich somehow is acceptable or forgivable," LaHood said last year.