The proposed USDA rule is expected to save $2.5 billion a year. 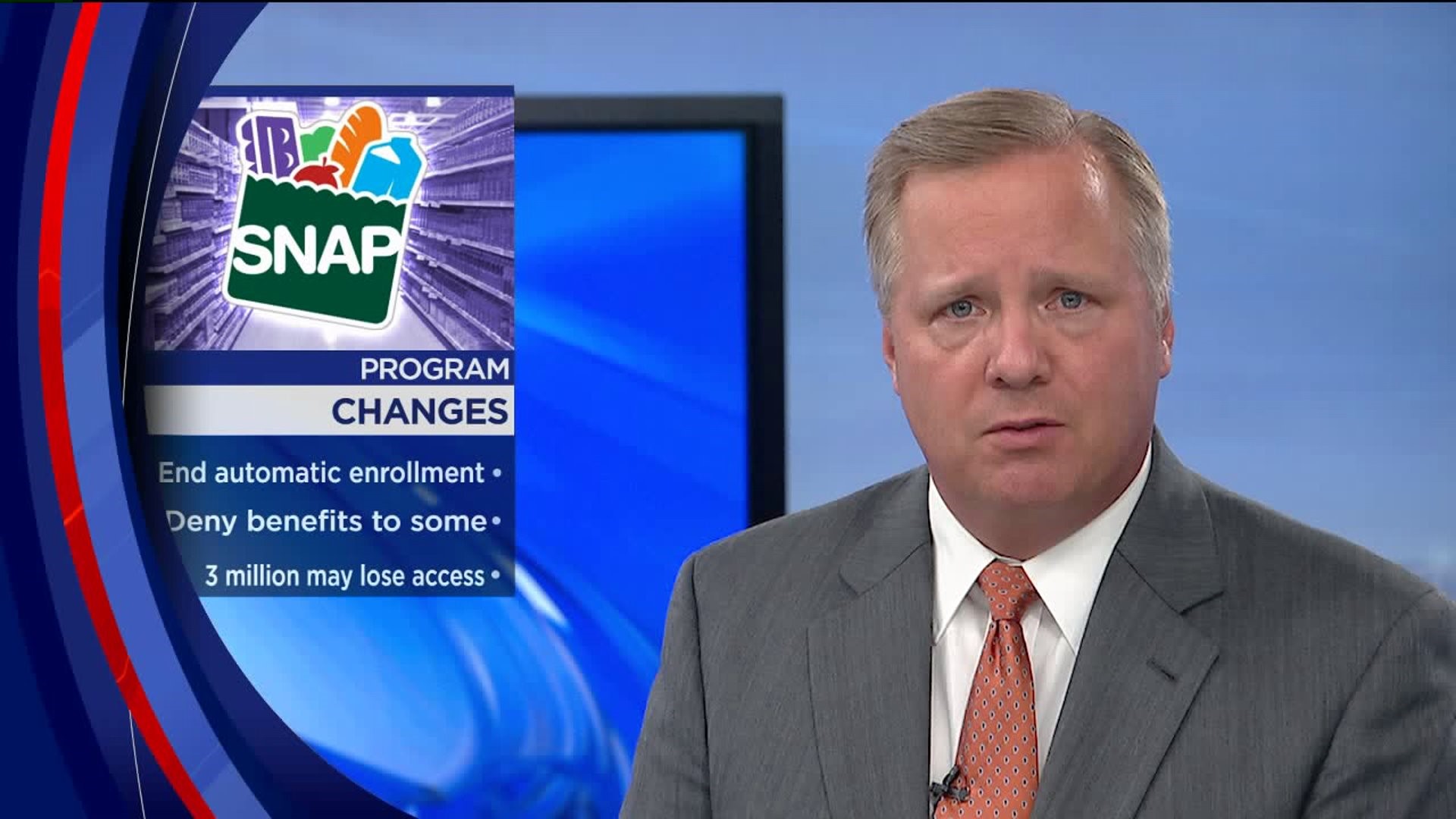 (CNN) -- The Trump administration wants to tighten the rules governing who qualifies for food stamps, which could end up stripping more than 3 million people of their benefits.

The Agriculture Department issued a proposed rule Tuesday that curtails so-called broad-based categorical eligibility, which makes it easier for Americans with somewhat higher incomes and more savings to participate in the Supplemental Nutrition Assistance Program, or SNAP, the formal name for food stamps.

It is the administration's latest step to clamp down on the food stamps program, which covers 38 million Americans, and other public assistance services. It wants to require more poor people to work for SNAP benefits, and it is looking to change the way the poverty thresholdis calculated, a move that could strip many low-income residents of their federal benefits over time.

Broad-based categorical eligibility allows states to streamline the food stamps application process for folks who qualify for certain benefits under the Temporary Assistance for Needy Families program. Some 40 states, plus the District of Columbia, use this option, which lets them eliminate the asset test and raise one of the income thresholds.

Republicans have long argued that this expanded eligibility option is a "loophole" that permits those with higher incomes and assets to get public assistance. GOP lawmakers have tried to limit it several times -- including in last year's farm bill, though it didn't make it into the final version. The proposed USDA rule is expected to save $2.5 billion a year.

"For too long, this loophole has been used to effectively bypass important eligibility guidelines," said Agriculture Secretary Sonny Perdue, who pointed out on a call with reporters that a millionaire in Minnesota recently enrolled through the option to highlight the problems with it. "That is why we are changing the rules, preventing abuse of a critical safety net system, so those who need food assistance the most are the only ones who receive it."

Consumer advocates, however, say that the option helps low-income working Americans get the help they need. They still must meet the disposable income threshold for the food stamp program, though they can have a higher gross income (before deductions such as child care costs are taken into account).

The option is "an opportunity-oriented policy to promote work and promote savings," said Stacy Dean, vice president for food assistance at the left-leaning Center on Budget and Policy Priorities.