Billionaire businessman Tom Steyer has spent a fortune on political ads now flooding TV screens and news feeds across the state. On Monday he met with voters fa... 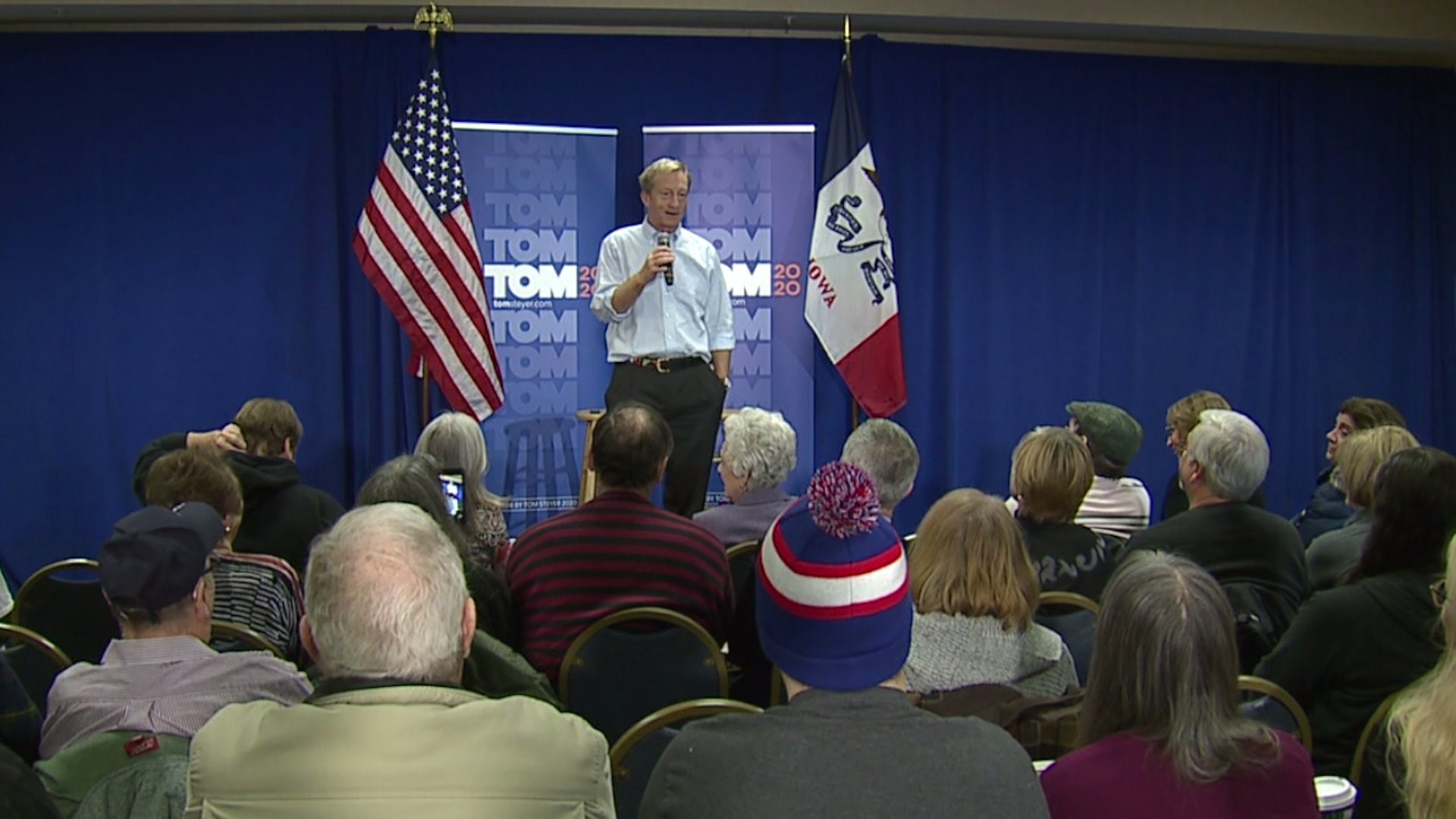 DAVENPORT, Iowa -- Billionaire businessman Tom Steyer has spent a fortune on political ads now flooding TV screens and news feeds across the state. On Monday he met with voters face-to-face at the Quad Cities Center for Active Seniors in Davenport.

Pointing to his years of work as a liberal activist, Steyer told News Eight that he is the outsider Democrats need to take back Washington.

"I firmly believe that this government is broken and we have to take it back for the people," Steyer said. "You have to ask who you trust to do that, whether its someone who for ten years from the outside has been taking on and beating these corporations, or someone from inside the beltway who’s part of the system."

Some Democrats have said the millions of dollars Steyer has spent promoting his presidential campaign could be better spent on more proven politicians who know the system. Still, Steyer's stock is slowly rising in the party -- he is one of seven Democrats to qualify for this week's presidential debate.

He supports impeaching President Trump, declaring a state of emergency over climate change and introducing 12-year term limits for both House and Senate.

"My argument is, you know I want to do it, you know I can do it," Steyer said. "I believe I’m the person to do it, and I believe that when you really want to change a system, the change always comes from the outside."