Roughly a third of eligible voters in 2020 will be non-white. 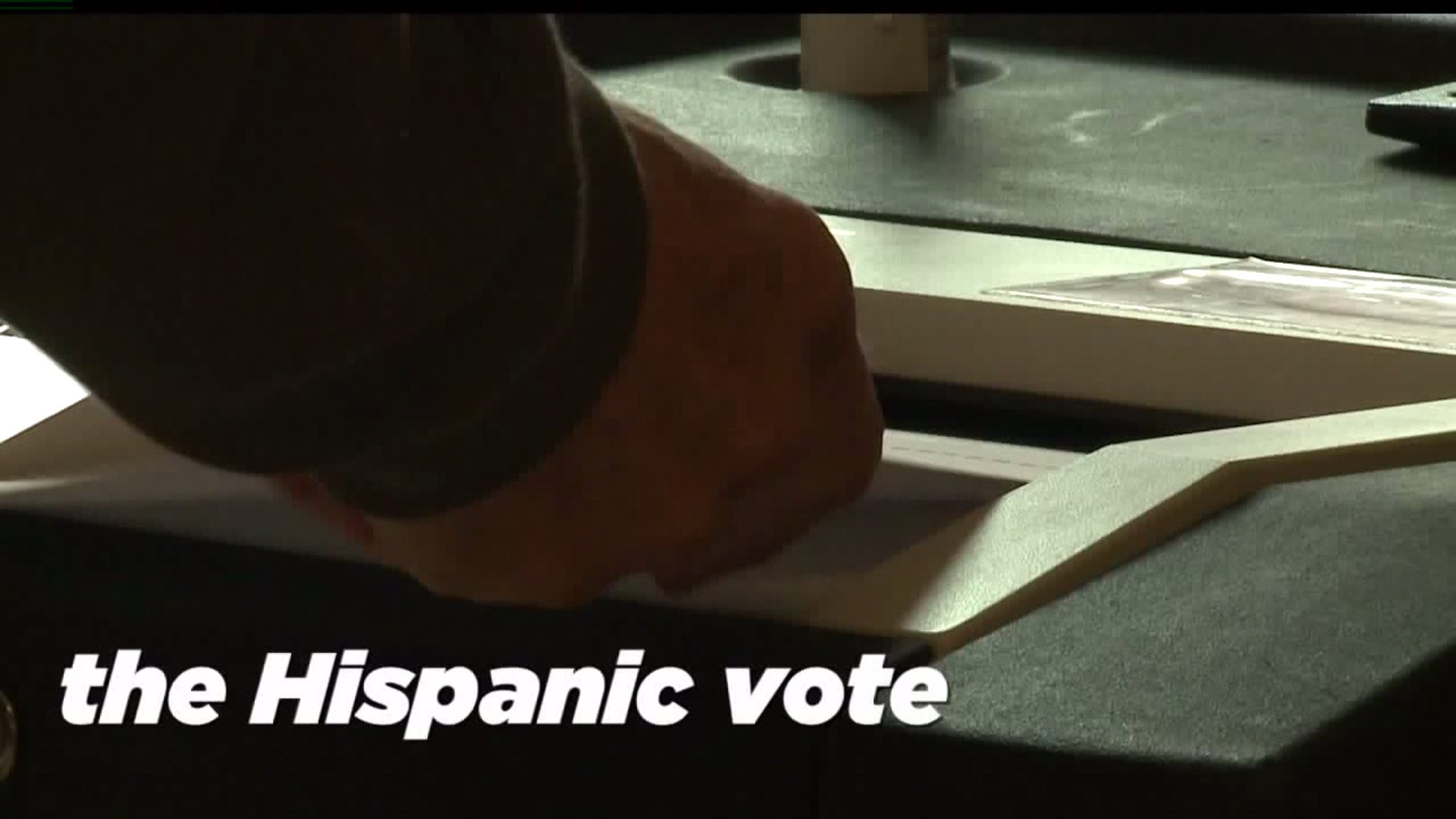 MOLINE, Illinois – It's a dramatic shift in America's voting demographics.

In just two decades, the share of non-white and foreign born voters has risen from one in four voters to one in three.

"We need to educate our Hispanic bloc to vote because we're going to be the majority very soon," explained Bob Ontiveros, founder of the Greater Quad Cities Hispanic Chamber of Commerce.

And roughly a third of eligible voters in 2020 will be non-white.

"2020 is going to be the eye of the storm for political engagement for Latinos," said Arturo Vargas, the chief executive officer of the  National Association of Latino Elected and Appointed Officials, or NALEAO.

Why is 2020 a watershed year for Latino voters?  See more of our interview with Arturo Vargas on the NEWS 8 THIS WEEK EXTRA on Facebook at WQAD Jim Mertens.

But the number of Hispanic eligible voters who don't vote has exceeded the number of those who do vote in every presidential election since 1996.

And new voter ID laws may have a chilling effect in 2020.

"Latinos are actually much more likely to be affected by Voter ID laws than other voters of color because many Latinos may not have the same access to the kids of IDs that are required by these states," said Vargas.

Ontiveros says it's a matter of education and finding time to cast your ballot.

And although two thirds of Latinos voted against Donald Trump in 2016, that vote can't be taken for granted.

"It's like Ronald Reagan said, he was asked when he was Governor of California why aren't you courting the Latino vote and he said 'Well, they're Republicans, they just don't know it. Because of our entrepreneur spirit'."

"Oftentimes what candidates do not do is go out and meet with Latino voters," he said."

"They assume, 'Hey, if I translate my campaign from English to Spanish, I got the Hispanic vote.'  No, you don't."