The governor on Saturday activated the Ohio National Guard to protect Columbus as protests escalated into violence and destruction. 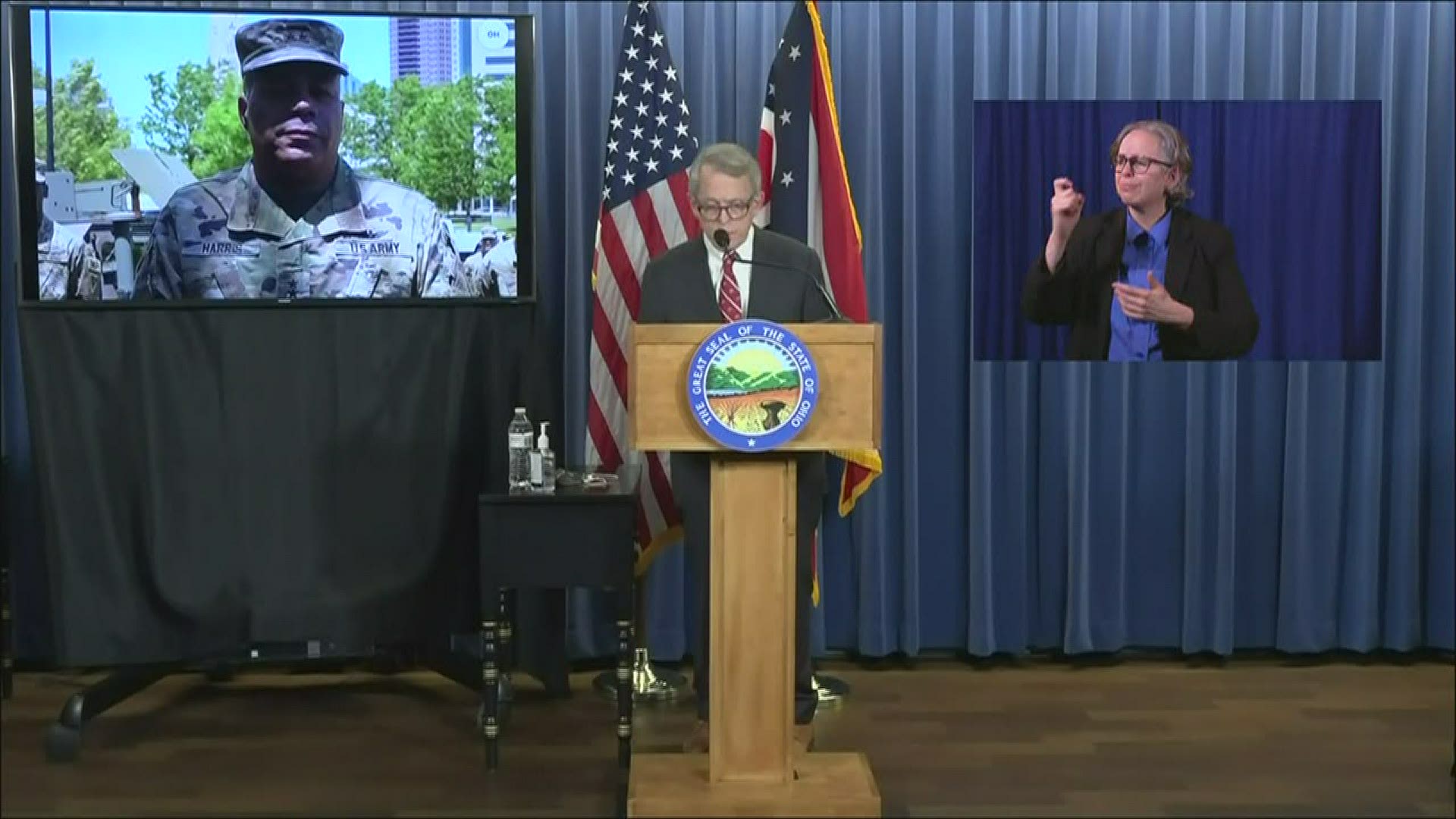 COLUMBUS, Ohio — A day after President Donald Trump railed against the majority of the nation's governors, calling them "weak" in their response to protests sparked by the death of George Floyd in Minneapolis police custody, Gov. Mike DeWine responded Tuesday by showing the number of agencies that are working to keep things peaceful in the state.

In a phone call to governors on Monday, Trump told them they needed to use force to confront protesters, otherwise they would look like "fools" and "jerks."

“You have to dominate. If you don’t dominate, you’re wasting your time,” he said. “They’re going to run over you. You’re going to look like a bunch of jerks.”

Fambro was stationed at the statehouse, where many of the protests are occurring and said that troopers are providing resources to help provide a safe environment in which people can express their First Amendment rights.

"The protests are indeed different ... but we provide service with respect and that is what we expect from our troopers," Fambro said.

DeWine said he has heard back from a number of mayors in Ohio that appreciate the help in their jurisdictions.

Fambro has had troopers involved in the protests at the statehouse and when protesters begin to block roads, such as has happened in Cincinnati, Cleveland and Dayton.

"Protesters who are expressing outrage - that is understandable and appropriate. One of the sad things we have seen is that some violent individuals have drowned ou the voices of reason and those talking about what we should be talking about," DeWine said.

DeWine spoke with mayors of major cities at 11:30 Tuesday and he said the mayors told him the vast majority of demonstrators were peaceful and wanted attention for very legitimate issues. Some of these mayors have requested Ohio National Guard be present in their municipalities to aid local law enforcement during protests.

RELATED: Some governors reject President Trump's call to send in military on protesters

"Our Ohio National Guard, for more than 230 years has been made up of our citizens whose mission is to protect their fellow citizens. ... They are there for us in times of natural sister, in times of war, in times when additional protection in local law enforcement is needed," DeWine said.

Harris Jr. spoke from downtown Columbus during the news conference and noted that Ohio National Guard members are now assisting in Washington, D.C., as protests continue there.

DeWine said the Ohio National Guard was called upon by the secretary of defense to send personnel to the nation's capital. One hundred Ohio National Guard members were sent to D.C. on Tuesday morning Harris said. That personnel will provide security at the White House, national monuments and businesses.

DeWine on Saturday called upon the Ohio National Guard to protect the city of Columbus and Franklin County, as protests sparked by the death of George Floyd escalated to violence and destruction in the state capital.

Columbus police declared an emergency in the downtown area due to the ongoing protests over the killing of the Minneapolis man. Floyd, a black man, died after now-fired officer Derek Chauvin, who is white, held him down for nearly 10 minutes with a knee on his neck.

DeWine also is employing the Ohio State Highway Patrol to enforce laws in Columbus as well.

"The majority of demonstrators want to be heard.  They want to focus attention on the tragic death of George Floyd and on other injustices.  We always welcome such voices," DeWine said Saturday. "But the voices calling for justice and change are being drowned out by a smaller group of violent individuals that threatens the safety of the citizens of our community. Acts of violence will not be accepted nor tolerated.  This violence must stop."