The Scott County Democrats are working to gather about 10,000 signatures on a petition that would force a special election for Scott County auditor. 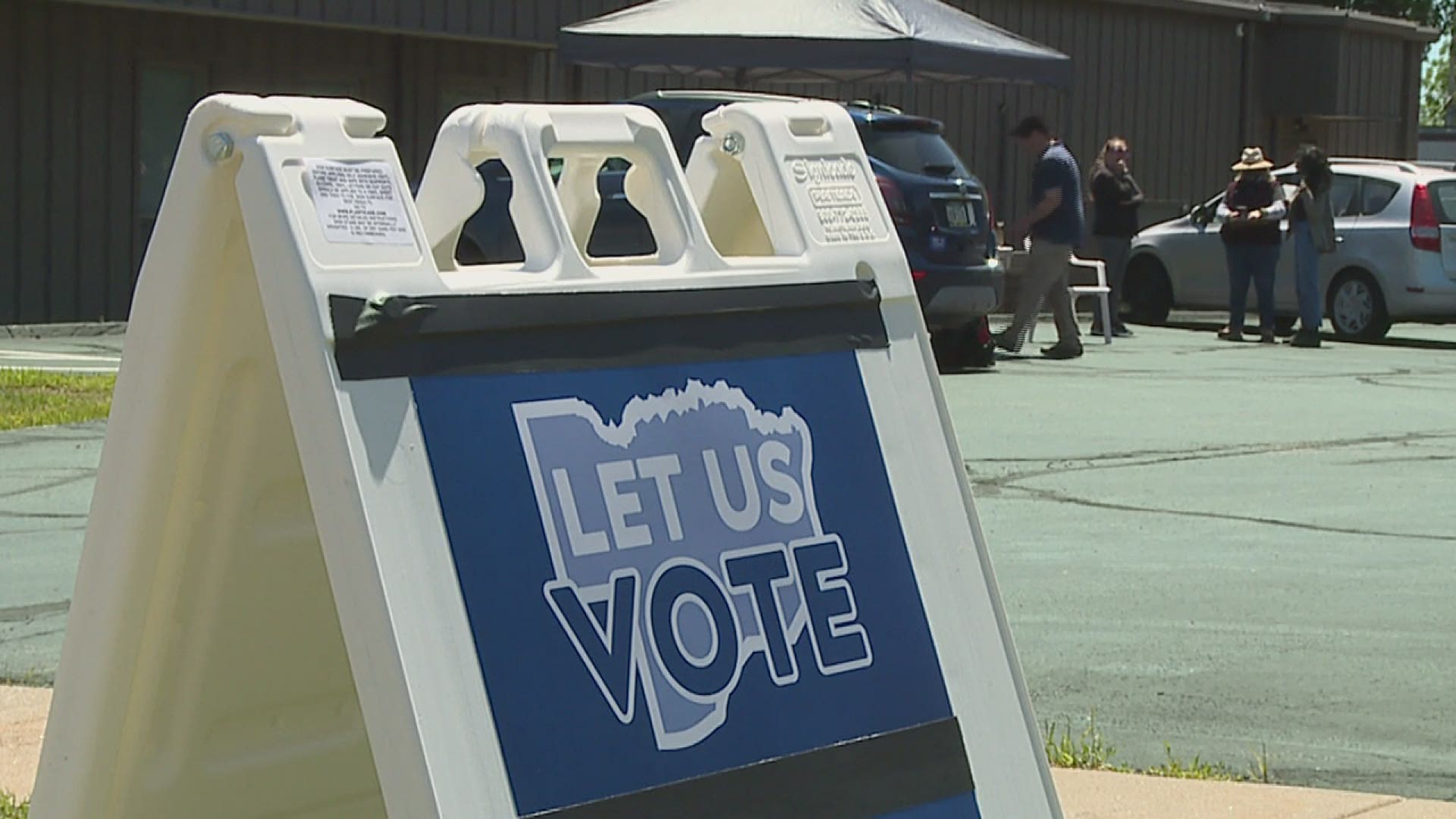 BETTENDORF, Iowa — After Scott County Auditor Roxanna Moritz left the position in April 2021, the Scott County Board of Supervisors appointed her replacement on Tuesday.

Just a small table in a Bettendorf parking lot is all a group of Scott County voters needed as they fight for an election.

"We're out here drumming up support for a petition for a special election to elect the Scott County auditor," said Elesha Gayman.

Gayman is the chair of the Scott County Democrats. Gayman questions a lack of public input before a new auditor was chosen.

"So we are really objecting to the process more than anything," said Gayman.

Flash back to Tuesday morning, for a special meeting of the Scott County Board of Supervisors.

"If this board is determined to take the anti-democratic position of appointing rather than electing, we could at least take a proper amount of time to consider who it is we are appointing," said Ken Croken, a supervisor, during the meeting.

The board ultimately decided a special election was not necessary.

The board then appointed Kerri Tompkins to fill the auditor vacancy.

"How can you be trusted to run an election if you haven't been actually elected to that office yourself?" said Zach Wahls, the Iowa Senate Democratic leader.

Wahls joined the group gathering signatures to force a special election for the auditor's seat.

"The thing that's most important is that you have an auditor who's going to work to accurately run the elections," said Wahls. "That's what the auditors do."

The group needs about 10,000 signatures by June 8, 2021. Gayman told News 8 the group had already gathered a few thousand signatures already.

"This petition drive isn't about electing a Democrat," said Gayman. "It's about being able to elect who serves as county auditor."

This group of voters just wants their voice to be heard.

If you'd like to sign the petition, you'll have to sign it in person. The group will be in Davenport throughout the next week knocking on doors and available for walk-up signings. You can find their schedule here.