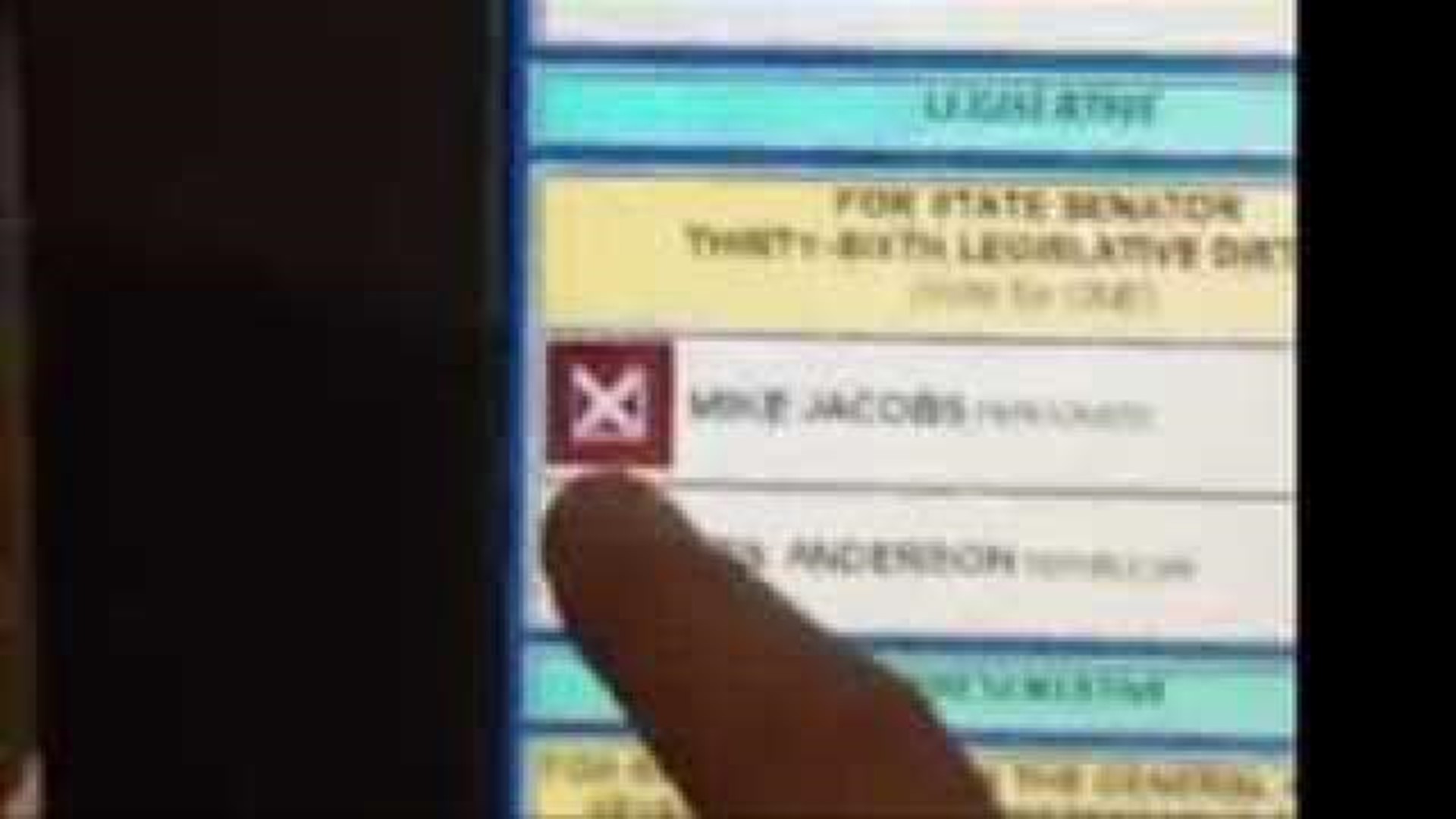 Doris Oberg of Moline says she tried casting her vote on a touchscreen machine at the public library on Tuesday, and something went really wrong.

"When I got to Cheri Bustos and Bobby Schilling, I pushed the button for Schilling but it popped up Bustos. Absolutely true," said the retired nurse.

Oberg is one of an unknown number of early voters who say their touchscreen vote switched from Republican to Democrat.

"That's exactly what happened to me," she said.

Oberg noticed the change before she submitted her electronic ballot, and flagged down an election judge.

"He told me to re-push the button for Bustos, and I guess that erases that vote.  And he said, 'Now, push the one you want,' so I pushed the button for Schilling and it went through. I wonder how many people are in a hurry, and just whiz past it, and don't actually vote for the one they want," Oberg said.

Video posted recently online (watch it below), appears to show a voter's finger, attempting to choose Republican State Senate candidate Neil Anderson on a touchscreen ballot.  Instead, the vote appears to be counted as one for Democrat State Senator Mike Jacobs.

Schweppe and Kinney got into an argument at that meeting about whether or not she would show the machines 're-calibrating or re-setting.'

Kinney eventually showed the machines re-calibrating, and they appeared to show no error.

An employee from Kinney's office said there had never been any error in the machinery over the past eight years.

Kinney said she wondered whether the video that purportedly showed a vote change was actually demonstrating someone intentionally trying to move their finger up, so their vote would be skewed.

Bloom though, said he thinks the video is legitimate.

Bloom and Schweppe both said Republicans simply wanted to make sure that the voting machines are working properly.

Bloom issued a letter the afternoon of October 30, demanding the county clerk's office recalibrate the machines on-site before the November 4 General Election.  Bloom promised legal action if on-site recalibration was not agreed to by noon Friday, October 31, 2014.

Watch the YouTube video that reportedly shows the touchscreen ballot problem in the player below.