The President is touring Puritan Medical Products, one of the largest manufactures in the world for swabs used for COVID-19 testing. 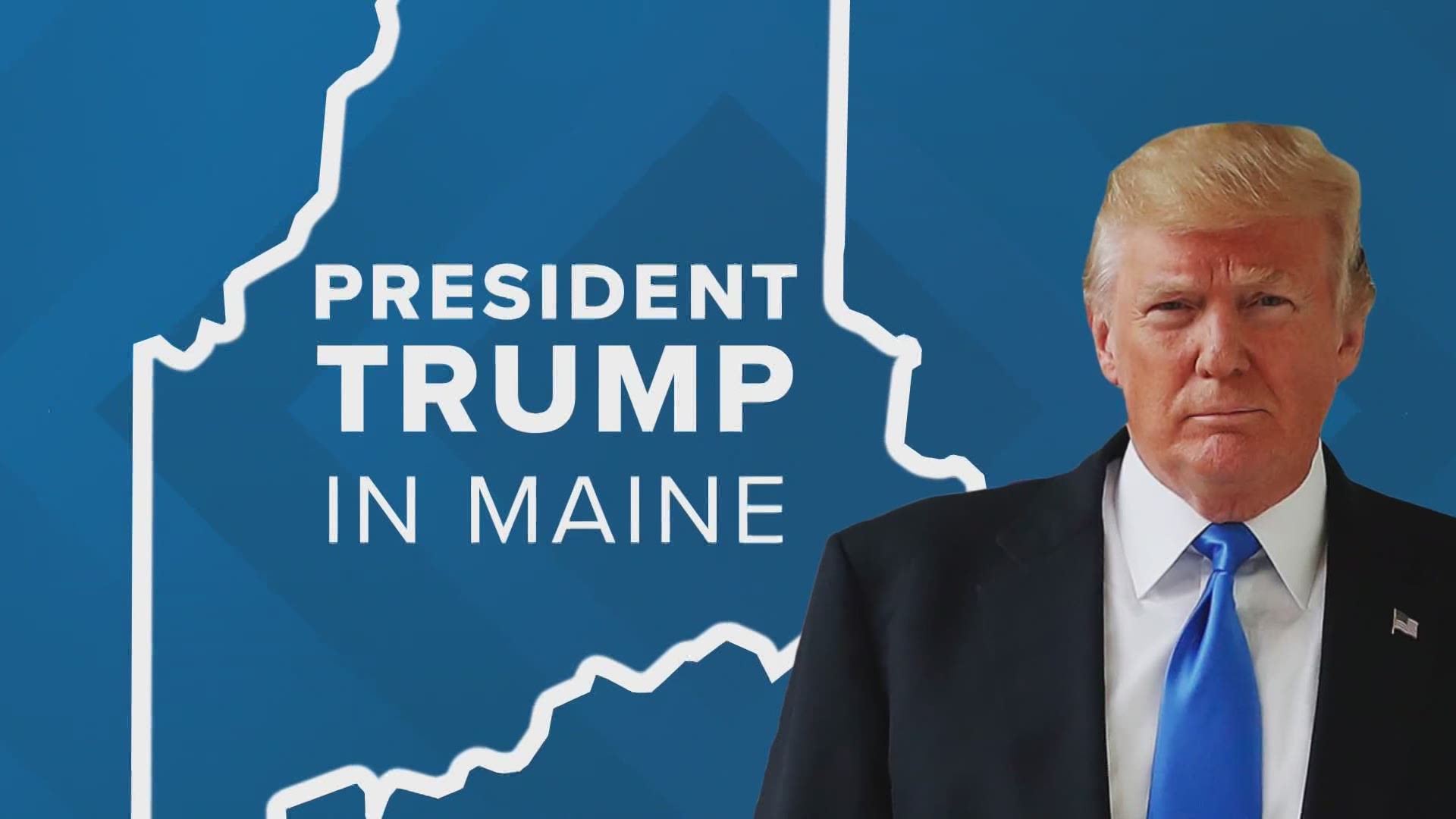 GUILFORD, Maine — If you've never heard or been to Guilford, Maine, you'll hear all about the town on Friday.

President Donald Trump will be visiting the 1,500-person town as he tours the Puritan Medical Products facility. The company is one of the largest suppliers of swabs for COVID-19 testing in the world.

As the town prepares for the President's arrival, Maine State Sen. Paul Davis (R-Piscataquis) said the area is excited to see Trump, even if they don't support him.

“They’re all excited to think that the President of the United States is coming to Guilford, Maine," Davis said. "It’s not politics at all, he’s coming to thank the people that work at Puritan.”

Davis knows a thing or two about Puritan Medical Products. His son, father-in-law, mother-in-law, and sister-in-law all work, or worked at the company.

“We have some pretty deep roots with the company, very please they’re here," Davis added.

The Guilford area takes pride in the facility has it provides more than 300 jobs to the community. MSAD #4 serves the town of Guilford, Superintendent Kelly MacFadyen said it is an exciting time for her school district.

“The community is very proud of what Puritan Medical has done," she said.

It's also exciting for Piscataquis Community High School seniors as they graduate from high school just hours after Trump leaves the town.

“Typically, we have a Sunday afternoon graduation," MacFadyen said. Now, the school will have its graduation in the parking lot with families watching from their cars.

“[We will play a] slideshow of the seniors and the different things they did throughout the year and their accomplishments.”

Graduating high school is a once and a lifetime event, so too is when the President of the United States visits your town. What a Friday for Guilford.

While the excitement is high for the locals, Maine's legislators, including Governor Janet Mills, aren't thrilled with Trump's planned visit.

Read what Mills and other political leaders in Maine have to say about Trump's visit: Mills: 'I again ask the President to check his inflammatory rhetoric at the door and abandon the divisive language'

Guilford area resident Diane Bibber is more than excited to see Trump in her home town.

“To think our president of the United States would come to this little town," she said. “I hope I get a glimpse of him, I would love to hug the man, but I know that’s just a dream.”

Bibber doesn't want Trump to be elected for just four more years, she said she wants him in the White House for longer.

“At least eight years, he’s a hunk and a half.”

Friday's visit will bring a national spotlight to one of Maine's rural counties, and one of its smallest towns.

RELATED: Mills to Trump: 'Check [your] rhetoric at the door' before coming to Maine

RELATED: Inside the Maine company the world is depending on