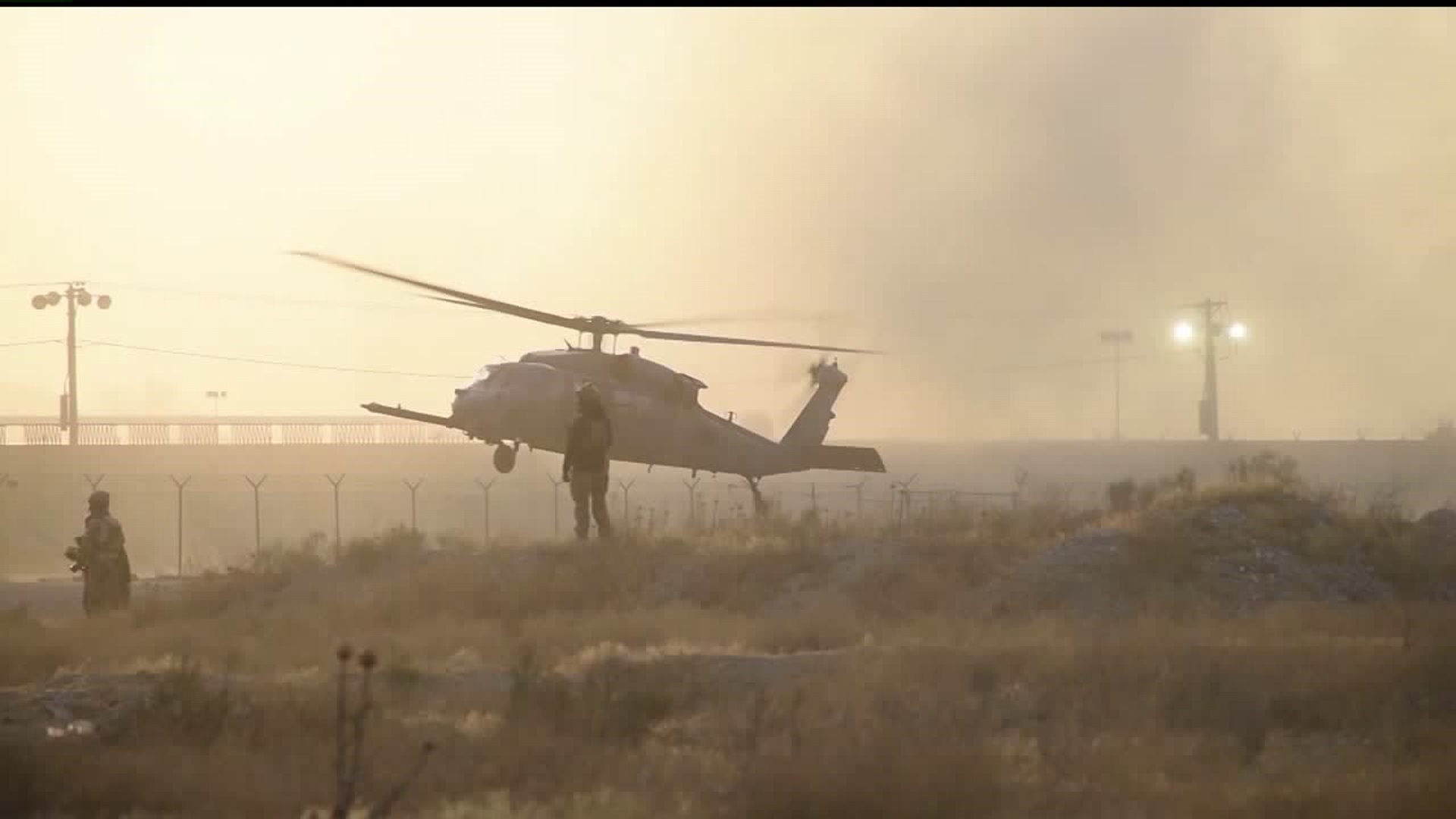 The Pentagon says the new policy does not affect transgender troops currently serving in the armed forces, a contention that's strongly denied by advocates, who point to the potential for discrimination and harassment.

The ban blocks individuals who have been diagnosed with a condition known as gender dysphoria from joining. Transgender individuals can serve, but only if they meet the standards of the sex they were assigned at birth.

The Pentagon says the policy doesn't block transgender individuals from service, but advocates say it is designed to operate as a comprehensive ban on their presence. Current military leaders have testified to Congress that transgender troops have not affected cohesion, while retired military leaders have decried the policy as misguided and damaging.

"It's a bigoted policy. It has not one shred of evidence behind it," Ray Mabus, a former secretary of the Navy, told CNN.

"In fact, all the evidence goes the other way. It goes against the basic American notion that it should be about what you can do and not who you are. ... To do this to patriots who are willing to serve -- not only willing, but eager to serve, who have raised their hands and said send me -- weakens our democracy and seriously weakens our military."

Anthony Kurta, a Pentagon official acting for the deputy under secretary of personnel and readiness, told reporters Friday that "the department will continue to treat all individuals with dignity and respect, and every service member is able to express their gender identity. DOD will take no action solely based on gender identity."

The policy, signaled when President Donald Trump tweeted a call for a blanket ban in 2017, still faces lower court challenges, but the Supreme Court ruled in a 5-4 January order that it could go forward. The justices took no stand on the legality of the ban.

Aaron Belkin, director of the Palm Center, a think thank that researches gender and the military, said that "the policy stigmatizes all trans people. ... The way the policy will play out on the ground -- this will be a green light to commanders who are transphobic," putting the estimated 14,700 trans members of the military at a disadvantage and forcing many to stay in the closet.

Most Americans oppose the policy, according to a Quinnipiac University poll.

That poll found 70% believe transgender people should be allowed to serve in the military. The only listed group that disagreed were Republicans, with 50% saying they shouldn't be allowed and 40% in favor.

Most transgender persons are now disqualified from military service, except:

• Service members who have been stable for three years in their biological sex prior to joining the military -- meaning 36 months after surgery and after ending hormone treatments.

• Service members diagnosed with "gender dysphoria" after joining the military can stay in the military if they don't require a change of gender and remain deployable. Gender dysphoria involves a conflict between a person's physical or assigned gender and the gender with which the person identifies, according to the American Psychiatric Association.

• Service members who were diagnosed with gender dysphoria before the effective date of the policy can still serve and receive medical treatment.

• Transgender persons without a gender dysphoria diagnosis or history can serve in their birth sex.

The Defense Department can issue waivers on a case-by-case basis.

Over a series of hearings by the Senate Armed Services Committee in 2018, Sen. Kirsten Gillibrand of New York, now a Democratic presidential candidate, asked the chiefs of staff of the Army, Marine Corps, Navy and Air Force about the issue of transgender troops.

All four said they saw no negative effects from transgender personnel serving.

"I have received precisely zero reports of issues of cohesion, discipline, morale and all those sorts of things," Army Chief of Staff Gen. Mark Milley said at one of the hearings.

Mabus said the case being made against transgender troops has been recycled several times through history.

"And every single time those reasons have been bogus," Mabus said. "Every time. Just like they're bogus today."

The House of Representatives passed a resolution last month expressing opposition to the Trump administration's ban.

The resolution "strongly opposes President Trump's discriminatory ban on transgender members of the Armed Forces," and "rejects the flawed scientific and medical claims upon which it is based."

The vote was 238-185, and five Republicans voted with Democrats.

House Speaker Nancy Pelosi called the Trump administration's ban "an act of cruelty" in a speech on the House floor and said that "the men and women who step forward to serve in the US military are patriots, all of them."

"The House will continue to fight this discriminatory action, which has no place in our country," the California Democrat said. "We will never allow hate and prejudice to dictate our national security."