About one dozen students watched part of President Biden's inaugural address, as part of their political science class at Orion High School. 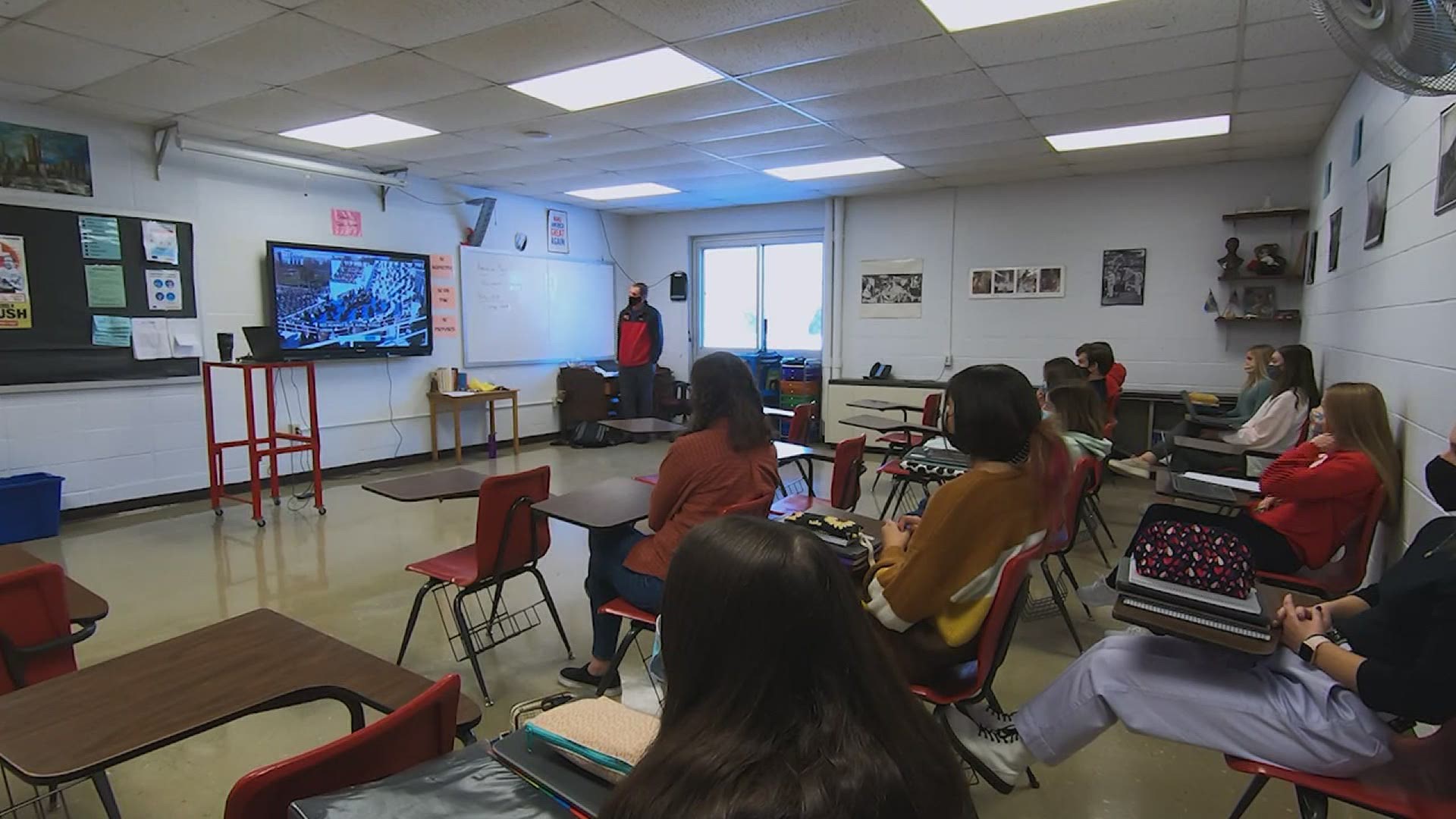 It's a lesson plan that only comes around every four years.

As about one dozen students walked into class, they were about to witness history.

"The fact that we've had only 46 presidents it is kinda monumental," said Orion high school social studies teacher Alex Johnson.

Wednesday's class is one Johnson hopes his students will remember.

"Every inauguration is kinda special in its own light, but this one just given the context it's being delivered in is something I think will be remembered," Johnson said.

As students watched from their seats, Johnson offered another lesson.

"Really gives me hope I can do anything I want with my life and it gives me hope for what our future government could look like, now that women everywhere have this inspiration to look towards," Nordstrom said.

"Having women, having people of color, having minorities in power, in office, it brings a different perspective of what we've had a lot of," Nordstrom said.

It gives her hope as America begins writing it's next chapter of its history.

Johnson said he hopes his students walk away with a sense the U.S. democracy is still moving forward, despite its challenges.