Gov. Kim Reynolds signed dozens of new laws this year, many of which actually took effect July 1, here are some new Iowa laws that start January 1 or already ar... 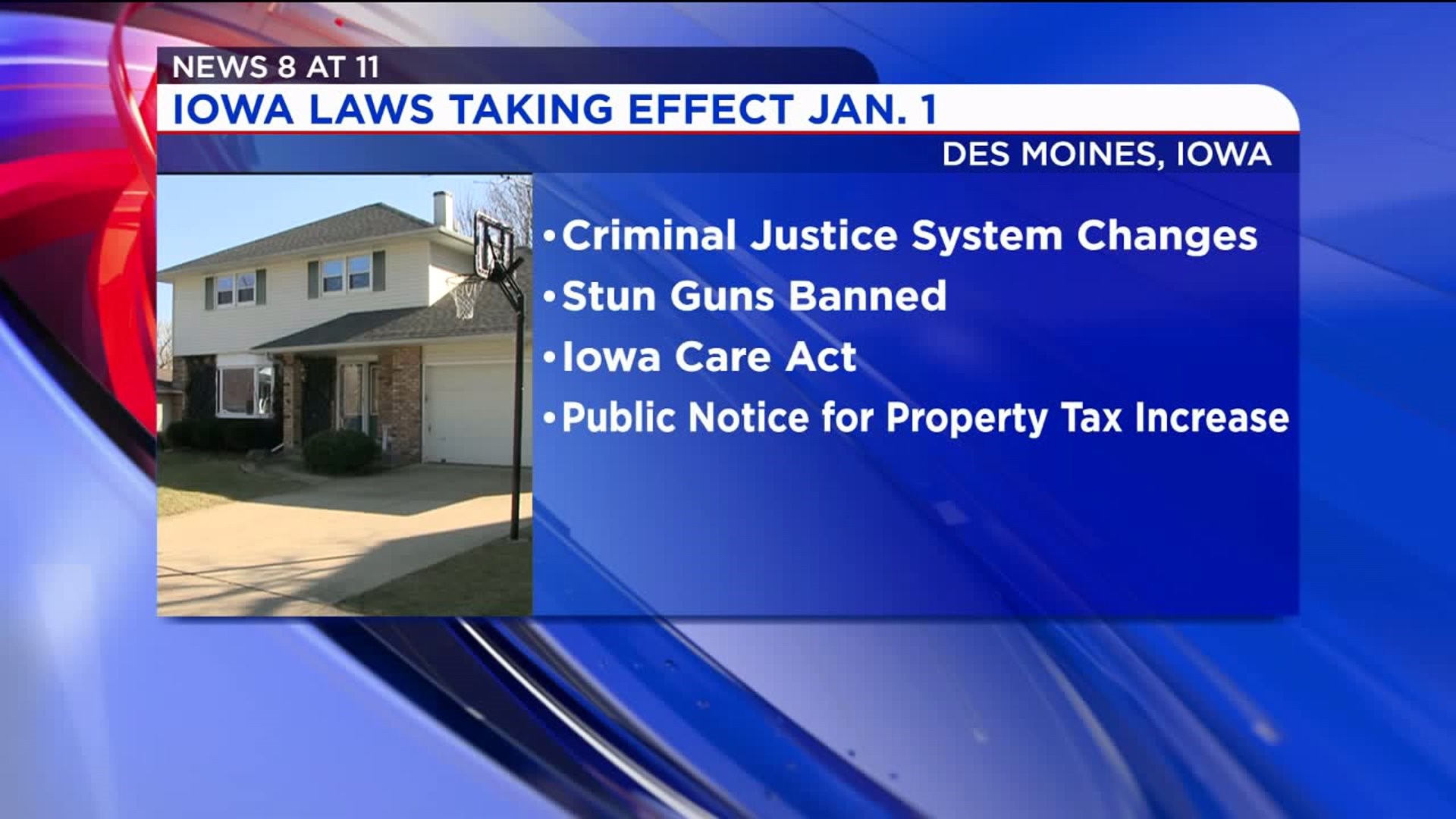 DES MOINES, Iowa- Gov. Kim Reynolds signed dozens of new laws this year, many of which actually took effect July 1, here are some new Iowa laws that start January 1 or already are in effect.

One of the law’s provisions allows people with certain misdemeanor offenses to have one record expunged under specific circumstances, including if it’s been more than eight years since the date of their conviction.

The new law prohibits officials at all of Iowa's public universities and community colleges from banning the use of stun guns on campus.

Legislators say it will increase student safety, especially at a time when there is a heightened focus on sexual violence on college campuses.

The "Iowa Care Act" requires that hospitals give family caregivers medical instructions to help their loved ones after they are discharged from a hospital stay.

It requires hospitals to give admitted patients the option to pick a designated caregiver. Hospitals are then required to notify the caregiver when the patient is discharged, asses the caregiver's ability to provide assistance and then discuss the patient's medical needs at home.

41 other states that have similar laws.

This new measure requires that cities and counties give more public notice if they are voting to increase property tax levies to boost revenue.

City councils and county boards will need to take extra procedural steps before approving plans to increase property tax revenues, whether it's by levy or assessment. They will be required to hold public hearings and need two-thirds majority vote if any increase exceeds 2%.

"Logan's Law:" It allows for Iowans to join the organ donor registry through hunting and fishing licenses, not just driver's licenses. It's named for Charles City teen Logan Luft, who was killed in an ATV accident in 2017.

To read about new Illinois laws in 2020, click here.