The woman allegedly told officers at the checkpoint that she was a part of the activities, police say.

WASHINGTON — A woman was arrested Saturday for allegedly impersonating a law enforcement officer and claiming to be a presidential cabinet member at an inauguration checkpoint, D.C. Police said.

The woman, identified as 63-year-old Linda MaGovern, of Stratford, Connecticut, reportedly approached U.S. Capitol officers at an inauguration checkpoint on First and Columbus Circle in Northeast D.C. around 8:45 a.m. Saturday. Police said MaGovern showed them a military police challenge coin and said she was a part of law enforcement and a member of the presidential cabinet.

Officers then instructed MaGovern three times to put her car in park and to turn it off. One of the officers asked her to show her driver's license, but she began driving forward. After officers repeatedly asked her to stop her vehicle, she fled northbound on Columbus Circle and was stopped in front of 50 Massachusetts Avenue, where she was arrested.

She was transported to CPEP and United Medical Center for evaluation before she was taken to be processed.

This took place outside of Union Station, per MPD report. @wusa9 pic.twitter.com/GZHWwORDXl

On Sunday, a man in possession of three high capacity magazines and 37 rounds of unregistered ammunition was also arrested near the Capitol, DC Police said.

A department spokesman said 22-year-old Guy Berry was walking in the 200 block of Massachusetts Avenue Northeast when he was spotted with a visible handgun in a holster. Because D.C. has prohibited firearms in the city, Berry was subsequently arrested.

🚨#BREAKING: @DCPoliceDept says they arrested 22 y/o Guy Berry at 12:15am for carrying a pistol w/o a license, possessing a large capacity ammunition feeding device & unregistered ammunition.

They said this happened in the 200 block of Mass Ave NE...close to Capitol. @wusa9 pic.twitter.com/sfsXvoXeSA

In a separate incident, 31-year-old Wesley Allen Beeler was arrested Friday by US Capitol Police with an unregistered gun and more than 500 rounds of unregistered ammo at an inauguration checkpoint, according to a police report filed by the Metropolitan Police Department (D.C. Police).

RELATED: 'I'm not a terrorist' | Virginia man arrested with gun, 500 rounds of ammo at US Capitol checkpoint, police report says

Beeler reportedly was stopped by Capitol Police at the N. Capitol Street and E Street Northeast checkpoint. This is where police checked his vehicle after he presented a security credential that was not valid, the police report and charging documents say.

According to the police report, Beeler had an unregistered Glock 9mm and more than 500 bullets. Twenty-one 12-gauge shotgun shells were also collected as evidence.

Police noted in charging documents that Beeler's truck had pro-gun decals when he presented his credential when at the checkpoint.

Beeler said he was sorry for what happened, adding that it was not intentional when he spoke to WUSA9 in front of his Front Royal home.

"I have nothing to hide. I'm not a terrorist of any kind," said Beeler. "I forgot my firearm was in the truck and I went to do an unarmed security job in front of the Capitol because I thought I was protecting something and being a part of something that needed to be done (help protect the Capitol)." 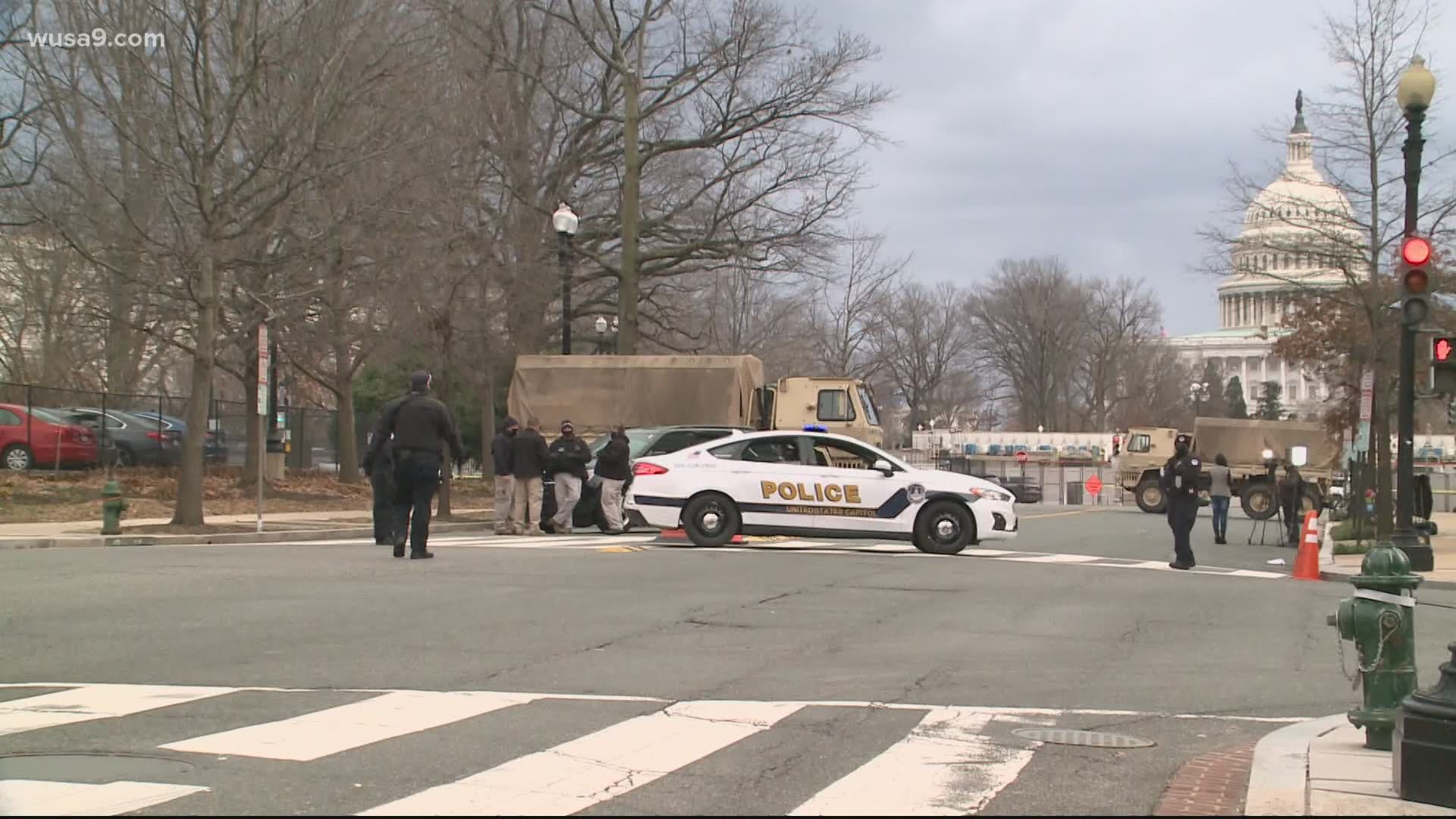