Watch live in the video player here. The schedule of events is posted below. 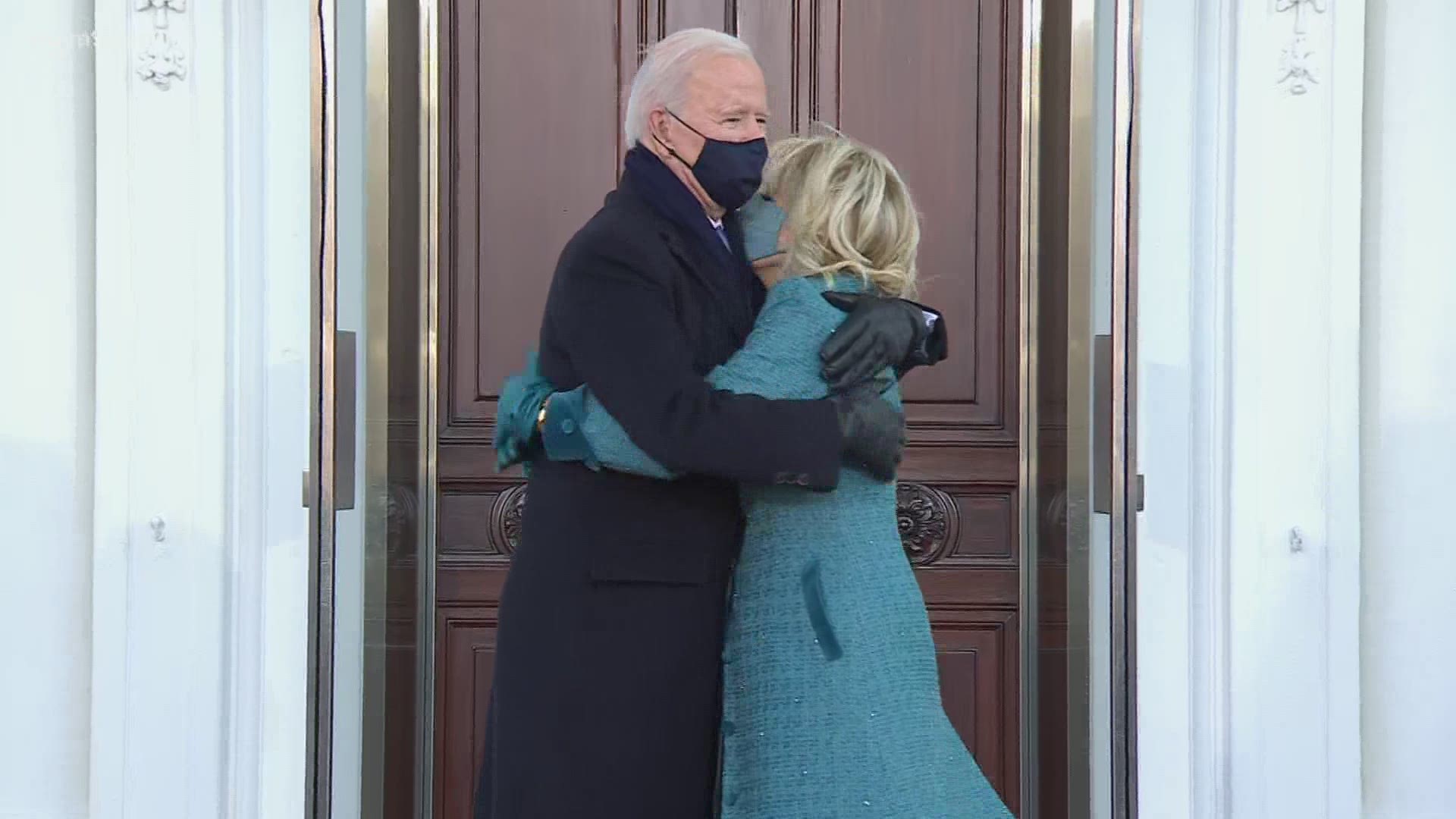 WASHINGTON — With a heavy National Guard presence and dozens of layers of security, this year's presidential inauguration has already shaped up to be quite different than years prior.

That, on top of growing health concerns in the midst of a pandemic, has forced many of the inauguration events to go virtual. Officials have already encouraged Americans to stay at home, with guest tickets extremely limited and whole sections of the city shut down.

While attending the ceremony is not an option for most people, the historic event, dubbed  “Our Determined Democracy: Forging a More Perfect Union," can be experienced online and through photos. Here's a look at what the District has already done in preparation for the event, and how the day is scheduled to unfold.

The 8 p.m. primetime special hosted by Tom Hanks will also be carried by CBS.

The inauguration celebration will kick off Jan. 20 at 10 a.m, with an "Inaugural Celebration for Young Americans," which the Joint Congressional Committee on Inaugural Ceremonies said will be hosted by actress and activist Keke Palmer.

Dr.Jill Biden is also expected to speak at the live-streamed virtual event alongside historians and other guest speakers.

The national anthem will be performed by Lady Gaga following a recital of the pledge of allegiance by Andrea Hall. Entertainers Garth Brooks and Jennifer Lopez are also scheduled as performers during the ceremony.

Gaga's national anthem will be sung prior to the swearing-in ceremonies, where Kamala Harris will be inducted first.

Madam Vice President Kamala Harris will be sworn in on the Capitol steps, on the west side of the building.

After both Harris and Biden are officially sworn in, the new president will begin his inaugural address from the Capitol steps, outlining goals for his presidency and speaking for the first time as the new Commander in Chief.

Immediately following the ceremonial address, First Lady Jill Biden and First Gentleman Doug Emhoff will join VP Harris and President Biden on the east side of the Capitol for a "socially distant" Pass In Review. Every branch of the military is expected to join in the tradition, representing a "peaceful transfer of power."

Next, Biden and Harris will head to Arlington Cemetary, where a ceremonial wreath-laying at the Tomb of the Unknown Solider will occur.

In addition to Harris and Biden, Barack and Michelle Obama, George W. and Laura Bush, and Hillary and Bill Clinton will join for the ceremony.

MILITARY ESCORT TO THE WHITE HOUSE:

Drumlines from Howard University and the University of Delaware -- alma maters of the new vice president and president -- will perform and will be live-streamed at the virtual 'Parade Across America' in lieu of a regular parade. The coverage will include a variety of performances in communities across the country, with celebrations streamed in one video.

To conclude the day, which would usually have inauguration balls across the District, a primetime televised event hosted by Tom Hanks will be aired. The event will include even more celebrations and speeches, with performances by Jon Bon Jovi, Foo Fighters, John Legend, Eva Longoria, Demi Lovato, Bruce Springsteen, Justin Timberlake and Kerry Washington already announced.

RELATED: LIST: Here's what is closed and restricted for inauguration events in DC

U.S. flags placed on the grounds of the National Mall ahead of Biden-Harris inauguration

1 / 30
AP
A large American Flag is are placed on the National Mall, with the U.S. Capitol behind, ahead of the inauguration of President-elect Joe Biden and Vice President-elect Kamala Harris, Monday, Jan. 18, 2021, in Washington. (AP Photo/Alex Brandon)