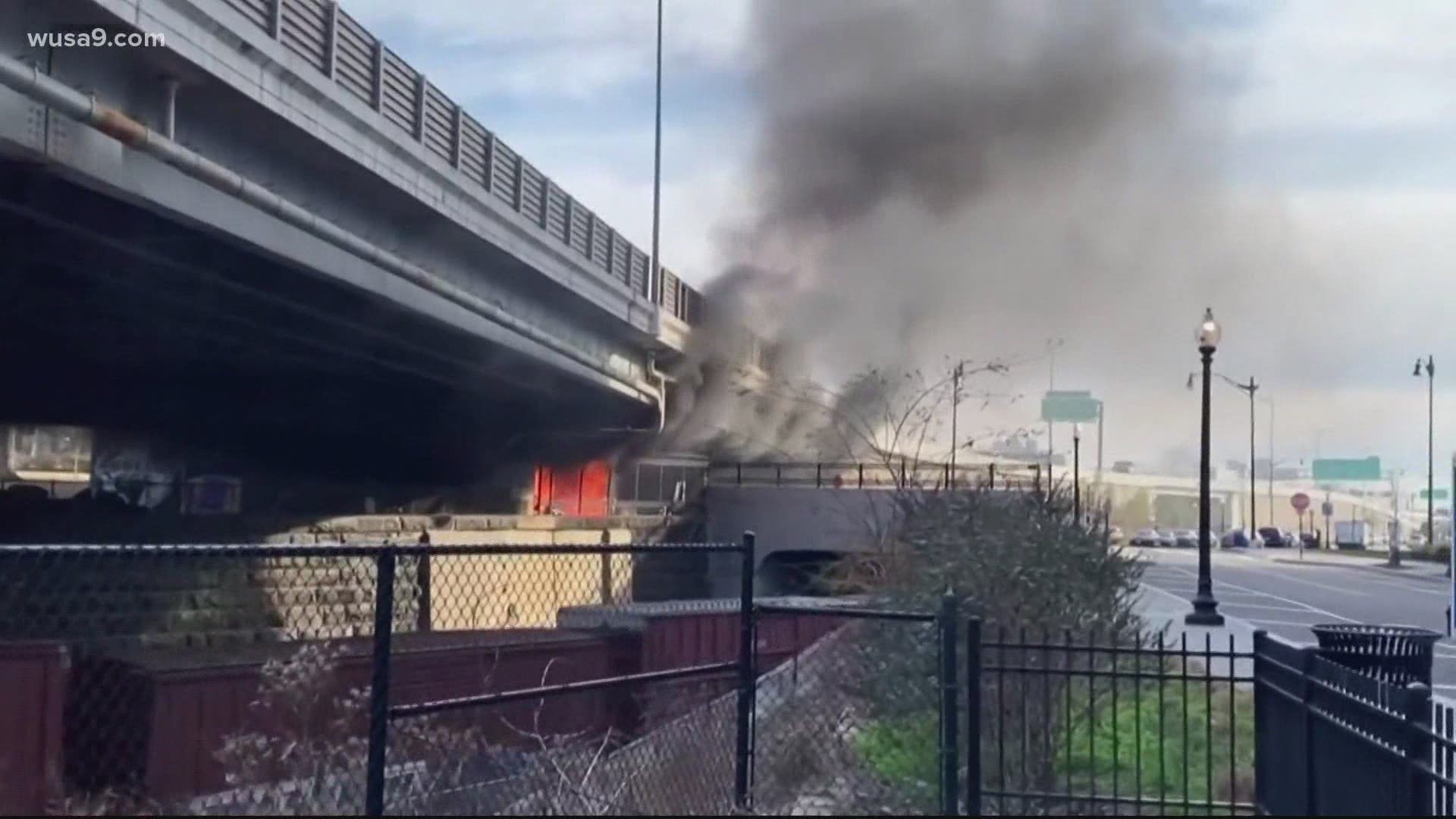 WASHINGTON — A fire just outside the secure zone of the U.S. Capitol prompted a lockdown and the evacuation of an inaugural rehearsal Monday morning, U.S. Capitol police said.

The fire broke out under the bridge on Interstate 295 at First and F Streets Southeast around 10 a.m. and acting U.S. Capitol Police Chief Pittman ordered a shutdown of the Capitol Complex and the evacuation at the inaugural rehearsal.

The lockdown was lifted at 11:30 a.m. after it was determined the fire did not pose a threat.

Capitol police said members and staff were asked to shelter in place while the incident is under investigation.

There were no fires on or near the U.S. Capitol grounds, officials said.

People nearby reported seeing a plume of smoke less than a mile away from the Capitol near Navy Yard.

D.C. Fire crews responded to the scene and extinguished the fire. Fire officials say the flames involved a homeless tent beneath the freeway. A person there told fire crews that she was using propane. One person suffered a non-life-threatening injury.

We just heard this announcement on a loudspeaker outside the Capitol grounds about the lockdown @wusa9 https://t.co/8SVgx8lU7S pic.twitter.com/OR70FVZ1Gn

It could have something to do with this, minor explosions. Likely a heater malfunction. Not a threat pic.twitter.com/6phmWyRZXt

The lockdown comes as D.C. is on edge following January 6th's violent riots at the Capitol. Lingering threats of domestic terrorism have prompted federal and city officials to ramp up security ahead of Joe Biden's inauguration on Jan. 20.

The Federal Bureau of Investigation (FBI) has been monitoring and tracking potential threats on several online platforms ahead of Inauguration Day.

RELATED: Here's who has been federally charged in the US Capitol riots