Broderson’s appeal hearing has been set for July 17th at 9 a.m. 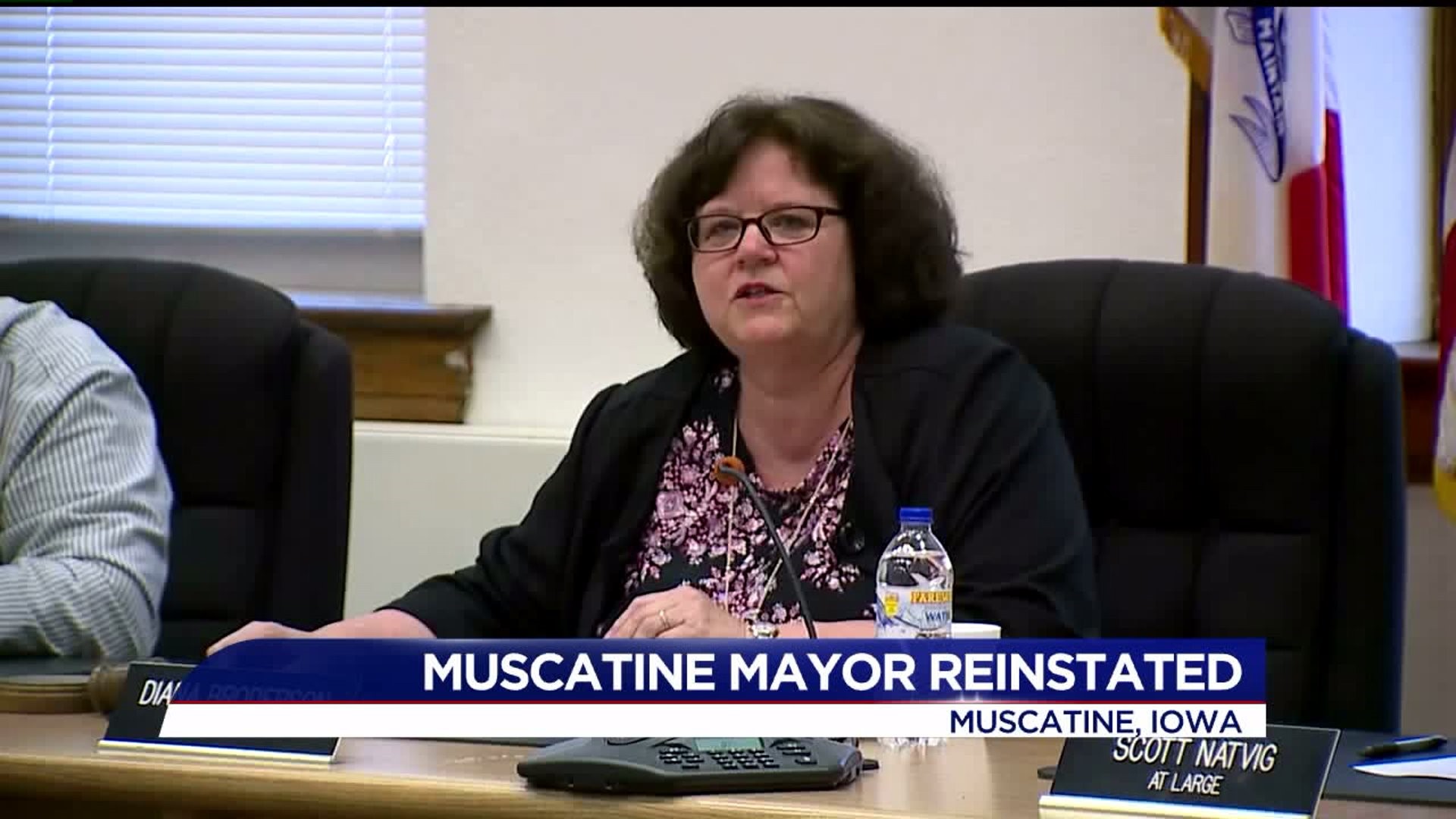 MUSCATINE -- A district court judge has ruled that ousted Muscatine Mayor Diana Broderson be reinstated to her position pending a final appeal hearing set for July 17.

"We're very pleased that the judge ruled to reinstate me in office right away," said Diana Broderson, mayor.

The ruling by Judge Mark Smith came two days after he heard a motion to stay Broderson's removal from office, which the City Council voted on unanimously in June.

Broderson's supporters said the council should never have gone against the people who voted her into office.

"We came out as citizens and we voted... that`s very, very important to know that your vote does count," said Ann Brumback.

The ruling could make the next Muscatine City Council meeting awkward, as aldermen there decided Thursday, June 15 that to appoint a new mayor to the position before the general election in November.

The city administrator released this statement: “We respectfully disagree with the judge’s ruling and interpretation of the applicable law,” Gregg Mandsager, city administrator, said. “We look forward to the opportunity to present our case on July 17.”

Broderson celebrated the court victory on her Facebook page, posting: "The Judge just ordered me back in office effective immediately. Thank you for your support!"