More than 200 mayors are urging the Senate to act on gun safety legislation amid criticism that Congress is failing to respond to back-to-back shootings that le... 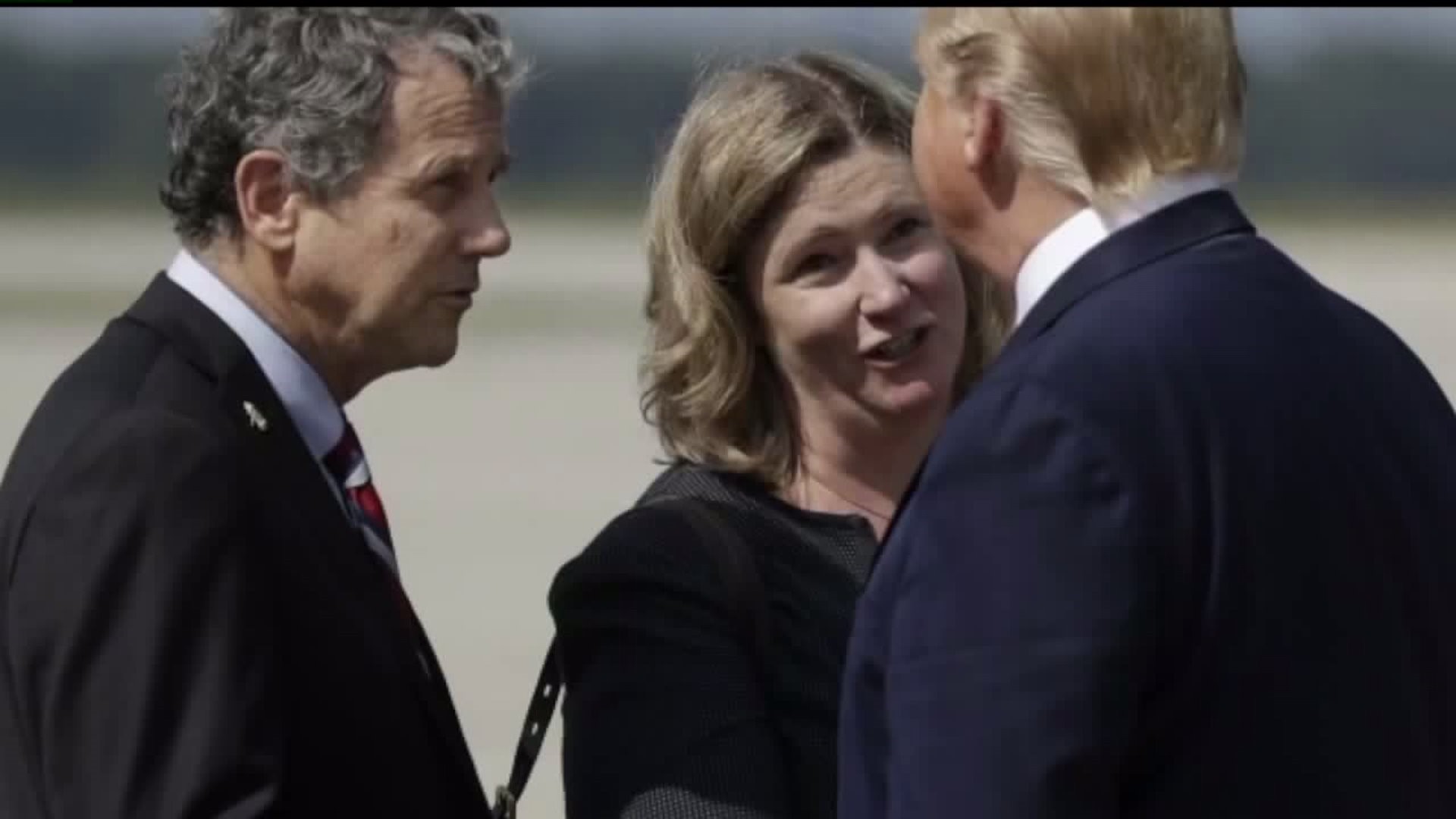 WASHINGTON (AP) — More than 200 mayors, including two anguished by mass shootings in Texas and Ohio, are urging the Senate to return to the Capitol to act on gun safety legislation amid criticism that Congress is failing to respond to back-to-back shootings that left 31 people dead.

In a letter Thursday to Senate Majority Leader Mitch McConnell and the Democratic leader, Chuck Schumer, the mayors wrote, "Our nation can no longer wait for our federal government to take the actions necessary to prevent people who should not have access to firearms from being able to purchase them."

The mayors urged the Senate to vote on two House-passed bills expanding background checks for gun sales that passed that chamber earlier this year. It was signed by El Paso, Texas, Mayor Dee Margo, Dayton, Ohio, Mayor Nan Whaley and others where mass shootings have occurred, including Orlando and Parkland, Florida, Pittsburgh and Annapolis, Maryland.

"There is no worse thing that can happen to a city," Whaley said of the weekend shooting that killed nine people in Dayton. "We cannot allow this tragic event to fade from our memories without taking action. Politics has stood in the way of action for too long, and I can tell you politics seems very petty when it is your friends and neighbors who are injured or dead."

The push comes as McConnell, the Republican leader, resists pressure to recall senators from the congressional recess, despite wrenching calls to "do something" in the aftermath of the shootings.

Instead, McConnell is taking a more measured approach, as GOP senators talk frequently among themselves and with the White House in the face of mounting criticism that Congress is failing to act.

President Donald Trump is privately calling up senators while publicly pushing for an expansion of background checks for firearms purchases, but McConnell knows those ideas have little Republican support. In fact, the White House threatened to veto a House-passed background checks bill earlier this year. Yet, as the nation reels from the frequency of shootings and their grave toll, McConnell's unwillingness to confront the gun lobby or move more swiftly is coming under scrutiny.

"I can only do what I can do," the president told reporters Wednesday as he departed Washington for visits to El Paso and Dayton to comfort victims and families and to praise first responders.

Ohio Democratic Sen. Sherrod Brown made a personal plea to Trump during his visit to "call on Sen. McConnell to bring the Senate back in session this week, to tell the Senate he wants the background checks bill that has already passed the House."

"In Congress, we're trying to come up with some answers," Texas GOP Sen. John Cornyn, who is also up for reelection, said after donating blood in El Paso.

In Kentucky, where McConnell is recuperating from a shoulder fracture sustained in a weekend fall, activists have been demonstrating at his home and protesting at his downtown Louisville office.

But that is not the case, for now.

Instead, Republicans are trying to build support for more modest measures, including so-called red-flag bills from Sen. Lindsey Graham, R-S.C., and Sen. Marco Rubio, R-Fla., that would allow friends and family members to petition authorities to keep guns away from people deemed a threat to themselves or others. But those efforts are also running into trouble from conservatives, who worry about due process and infringing on gun owners' rights.

While many of those proposals have bipartisan support, Democrats are unlikely to agree to them without consideration of the more substantive background checks bill.

"We Democrats are not going to settle for half-measures so Republicans can feel better and try to push the issue of gun violence off to the side," Schumer said Wednesday.

Sen. Joe Manchin, a West Virginia Democrat who, along with Sen. Pat Toomey, R-Pa., is pushing a bill to expand background checks, said Trump's support will be the determining factor in whatever gets done.

"At this point in time leadership comes from President Trump," Manchin said.