Madigan right-hand man resigns after being accused of sexual harassment

Loncar said she knows Lang has abused others. 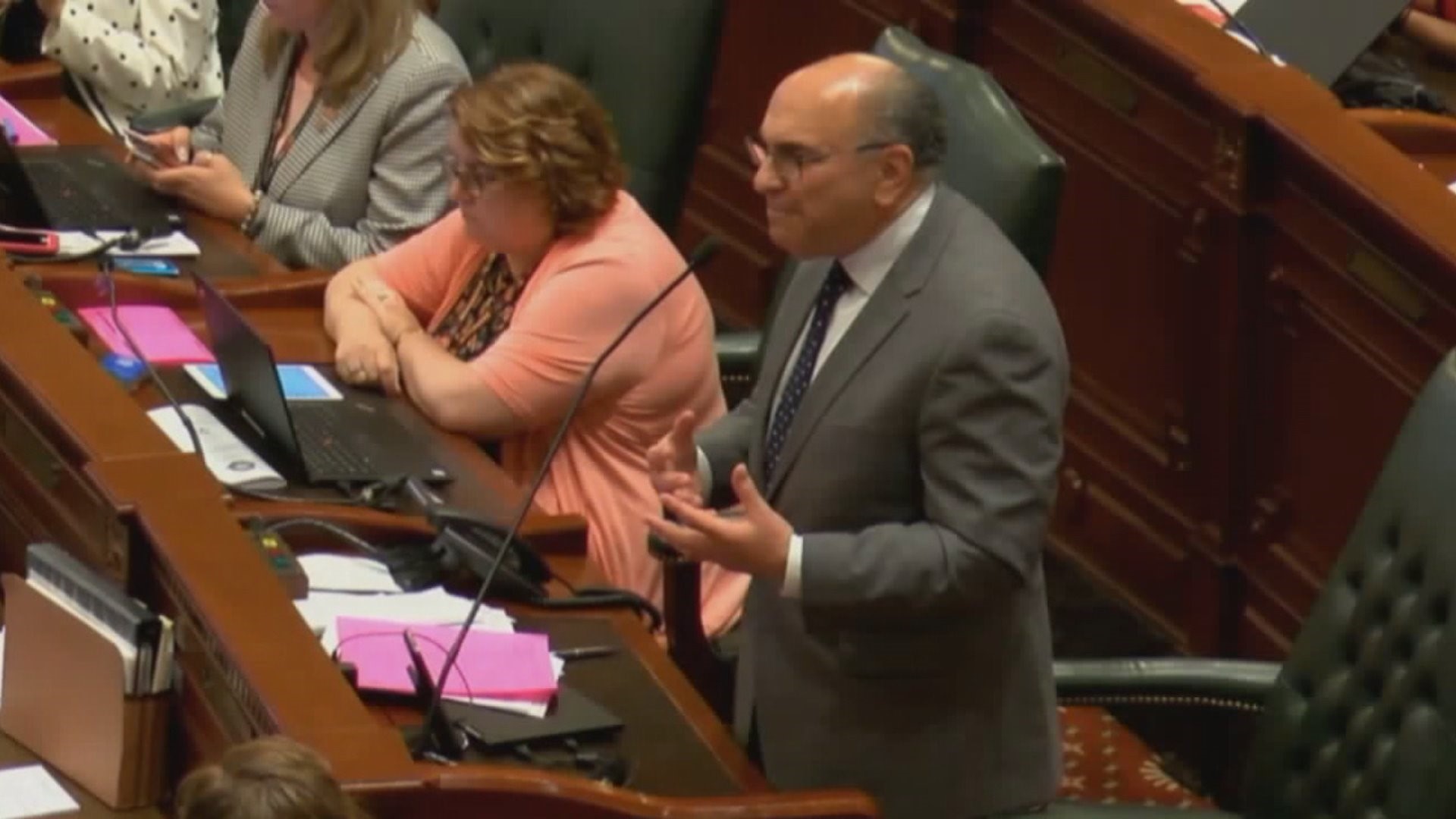 SPRINGFIELD, Illinois (Illinois News Network) -- House Deputy Majority Leader Lou Lang resigned from his leadership, ethics and rules making positions Thursday as a longtime advocate in the Capitol accused him of a pattern of abuse and intimidation.

"I have submitted a formal request to the Special Legislative Inspector General to begin an immediate investigation," Lang said in a statement as the press conference continued. "Additionally, after consultation with Speaker [Michael] Madigan, I have decided, in order to maintain the integrity of the Legislative Ethics Commission and the Joint Committee on Administrative Rules as well as to avoid distraction from the agenda of the House Democratic Caucus, to submit my resignation from the Commission, JCAR, and from my post as House Deputy Majority Leader.”

Lang, a top Democrat and ally of Madigan in the Illinois House of Representatives, is the second state lawmaker accused of a pattern of abuse of power against a woman working in Springfield.

Lang's statement was released as Chicago resident and activist Maryann Loncar said during a lengthy afternoon news conference that he leveraged his position to harass and intimidate her for years.

Loncar says Lang, among other things, placed his hand on her lower back asking, “Does your husband know how lucky he is to have a wife like you?”

She also said the Skokie Democrat called her one evening, telling her, “I would have dinner with you if you weren’t with your husband.”

When she shut down his attempts at flirting, Loncar said Lang told her "to be careful."

Loncar said there are many witnesses to Lang's inappropriate behavior.

"I was harassed. I was intimidated," Loncar said. "I was humiliated and blackballed."

During questioning from media members, Loncar also said that Lang was retaliating against her because she witnessed an attempted bribe involving Lang. She said having that knowledge made her fear for her life. When asked why she hadn’t gone to the authorities about the potential crime, she said she was waiting for the right time but had the details journaled. She said others were also privy to the bribe offer.

Loncar said she was threatened through her ex-husband: “I can help you bury her if you want.”

The accusations come less than 24 hours after Lang presented the Equal Rights Amendment resolution in the House.

“It made me really ill,” Loncar said of Lang presenting the amendment. “You can’t degrade and blackball woman while at the same time being a champion for equal rights for said women.”

Loncar is president of Mother Earth Holistic Health and CEO of Patient's Health Center, a medical marijuana dispensary. She worked with Lang and others on the passage of Illinois’ Medical Cannabis Pilot Program that passed in 2015.

Loncar was joined by State Rep. Jeanne Ives, R-Wheaton, and anti-violence advocate Denise Rotheimer, who was the first to publicly name a lawmaker, Sen. Ira Silverstein, D-Chicago, as an alleged harasser. Silverstein was found by Julie Porter, the acting Legislative Inspector General, to have not harassed Rotheimer, despite her having produced hundreds of pages of online and phone messages containing relentless advances. Instead, Porter called his conduct “unbecoming of a lawmaker.” He went on to lose his primary in March.

Rotheimer had partnered with Ives on legislation that would give an accuser rights when they filed a complaint with the Legislative Inspector General’s office.

“I commend Maryann for coming forward today because she has everything to lose for speaking out against a powerful legislator that has control over the entire process,” Rotheimer said. “We have no rights, no voice and no protection, which is how Rep. Lang and the leaders on both sides of the aisle want to keep it.”

Loncar has worked under the dome for more than a decade; much of that time was advocating for the cannabis pilot program alongside Lang. Her most recent bill she says she had advocated for was the legalization of hemp farming, a bill that’s expected to be sent to Gov. Bruce Rauner for consideration soon.

She said that much of the improper behavior took place not in the Capitol but after hours at the Lincoln Lounge and Globe Room, a bar connected to a hotel where lawmakers are known to stay while in Springfield.

Loncar said she knows Lang has abused others.

"I've only come here because I know another legislator has been at the wrath of this man," she said. "But yet she's not brave enough to come here and talk to everybody."

This revelation likely will fuel critics who have said the commission itself is a conflict of interest. Porter must consult the eight-member panel before she can initiate an investigation into a claim of lawmaker misbehavior. A partisan 4-4 split means the complaint silently is dismissed, only after giving lawmakers knowledge of the complaint against one of their colleagues. This, critics say, opens up the filer to potential retaliation.

No other inspector general in Illinois has this arrangement.

Lang’s House district is half of Silverstein’s Senate district. As a commission member, Lang was presumably present for the votes on what Porter’s actions should be regarding the now-lame duck senator. There’s no record of hearings that are accessible to the public and votes are taken in secret.

The accusation against one of House Speaker Michael Madigan’s top allies in the House comes just three months after another woman, 28-year-old Alaina Hampton, accused the speaker, who is also the Chairman of Illinois’ Democratic Party, of mishandling her claim of harassment by one of his top campaign aids. Lang is the Executive Vice Chairman of the Cook County Democratic Party.