Madigan: 'No plans to resign' as Dem women seek his ouster

Seven Democratic women in the General Assembly want Madigan to quit after federal prosecutors named him in a criminal investigation. 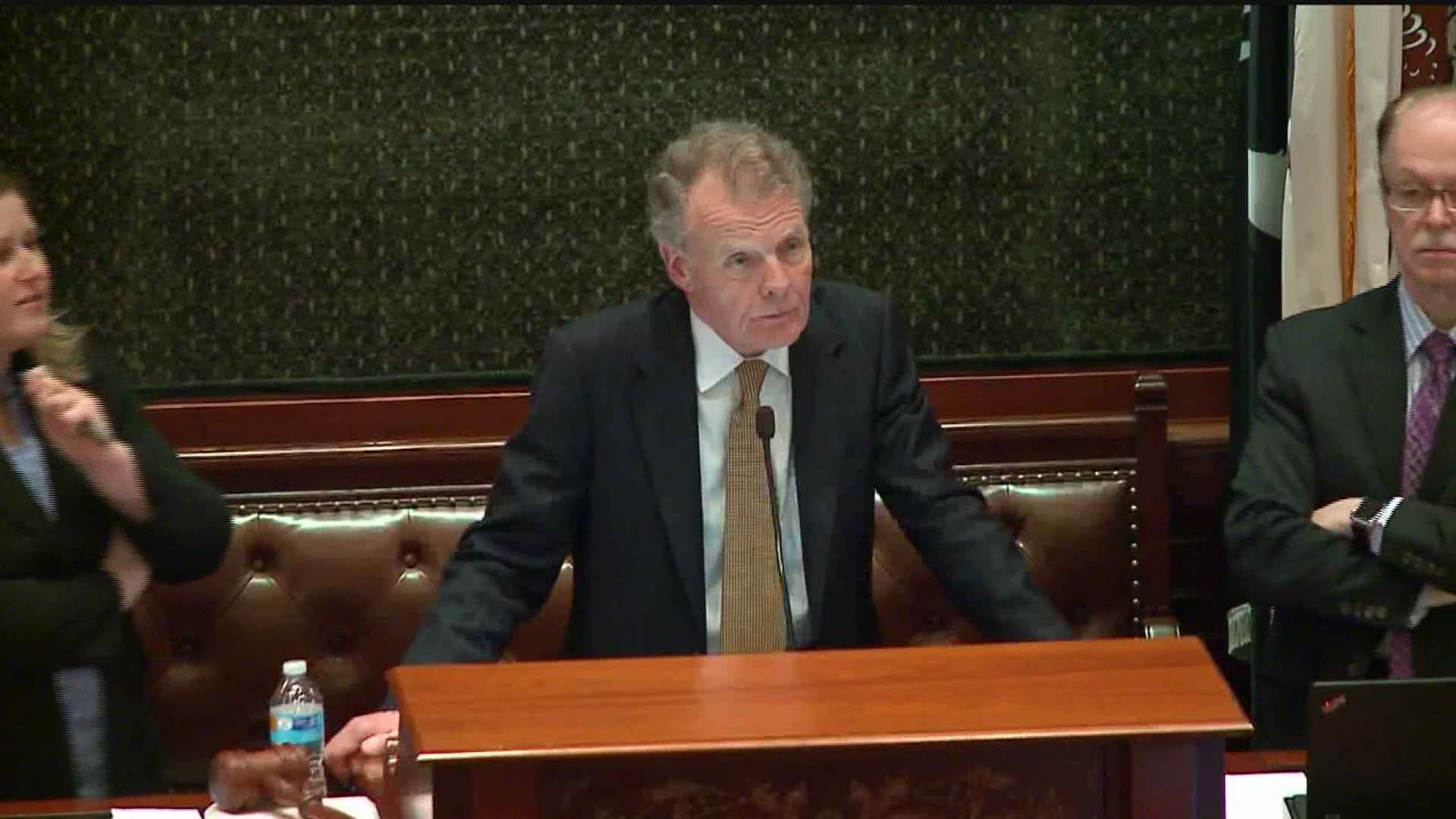 SPRINGFIELD, Ill. — State Sen. Iris Martinez, a state and national Democratic Party leader, on Thursday joined a burgeoning group of Democratic lawmakers _ all women _ calling for Michael Madigan to reliquish his decades-long grip on Illinois politics by resigning as party leader, House speaker, or both, since he was implicated in a federal bribery investigation.

Seven Democratic women in the General Assembly now want Madigan to quit after federal prosecutors named him in a criminal investigation in which ComEd acknowledges engaging in bribery in the Capitol.

Madigan said he's done no wrong and does not plan to resign.