The government shutdown is impacting hundreds of thousands of people and costing the country hundreds of millions of dollars, but there is one group that seems ... 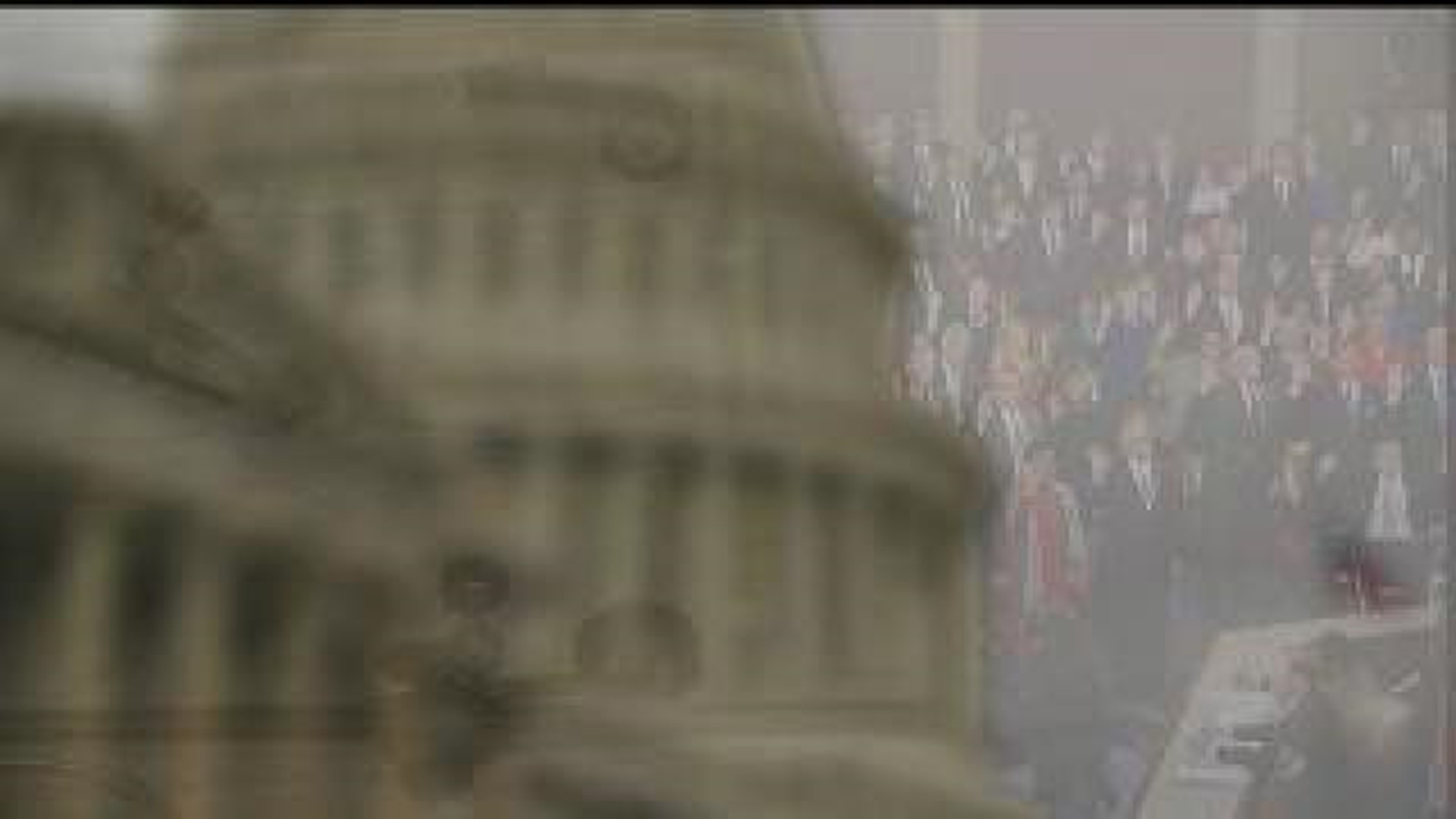 The government shutdown is impacting hundreds of thousands of people and costing the country hundreds of millions of dollars, but there is one group that seems to be immune to all of this.

According to the economic consulting firm IHS Global Insight, the shutdown is costing $300 million a day.  That number accounts for the nearly 800,000 furloughed federal workers.

However, 533 people are getting paid right now - every member of Congress.

The 27th Amendment of the Constitution restricts Congress from changing its own pay. That means they can't freeze it, increase it, or cut it - even during a government shutdown.

News 8 spoke to people in the Quad Cities to hear what they think.

"We should get rid of all the Congressmen," says Don McSparin from Moline. "Start over. They've been here too long and are too settled. They need to go."

"It's not fair that they're getting paid," says Lorna Dauw from Colona, Illinois. "There's a lot of people in real serious problems that are not getting their salaries."

"It's really unacceptable," Congressman Dave Loebsack (D-Iowa) told News 8's Angie Sharp in a phone interview on Wednesday, October 2nd, 2013. "If government can't do its job and if Congress can't do its job, then members of Congress shouldn't be paid."

Instead, Congressman Loebsack says he will request that the Chief Administrative Officer of the House withholds his pay.

In a written statement to News 8, Congresswoman Cheri Bustos (D-Illinois) said the same:

"Congresswoman Bustos has asked the Chief Administrative Officer of the House to withhold her paycheck until the current government shutdown is resolved. To help discourage a future government shutdown, she also supported the No Government, No Pay Act earlier this week that would prevent members of Congress from receiving a paycheck in the event of a shutdown.”

But others, like Senator Chuck Grassley (R-Iowa) says they won't return their paycheck.

"We're in government to make government work and try to find a solution," Senator Grassley told News 8 during his weekly conference call on Wednesday. "I'm working. Everybody that works gets paid for working."

However, while Congress still gets paid, they have to decide which of their staff members have to go home. Our calls to Senator Tom Harkin (D-Iowa) and Senator Dick Durbin's (D-Illinois) offices were answered by automated messages that explain their offices are closed because of the shutdown.

Messages on this story subject were left on Senator Harkin and Senator Durbin's voice mails as well as Senator Mark Kirk's (R-Illinois) office staff.  Those messages have not yet been answered.